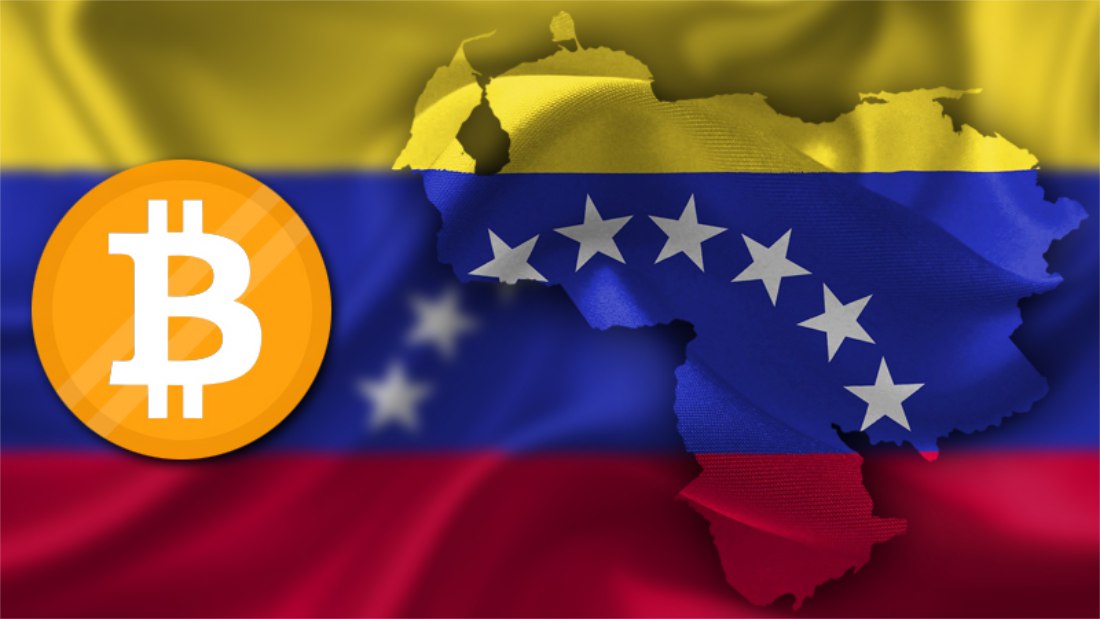 Venezuelans: Pioneers of the Crypto Revolution

Venezuela is a country that has made its rounds in the news, not only on mainstream media, but on crypto-related outlets as well. The country has been facing the worst economic crisis in its entire history, caused by the fall of oil prices across the globe. The Venezuelan economy, which is solely dependent on oil exports as a primary revenue source (nearly 96% of the country’s income), is prone to suffer at the whim of this commodities’s fluctuating price in the market.

But, why is Venezuela mentioned so often on cryptocurrency-related media? The answer is that the country itself is the perfect example testbed for several use cases related to digital assets like Bitcoin, Ethereum, and ZCash.

In 2002, former president Hugo Chávez (who passed away in 2013) established a currency control mechanism in the Venezuelan economy; as a result, the government effectively monopolized the buying and selling of foreign currencies, and the citizens of the country have not been able to effectively exchange their Bolivars for US dollars or any other currency since. As the years passed, this currency control mechanism derived into a scheme to retain the political control of the country amidst continually building socio-political opposition.

Another key factor that explains the country’s tragedy is Venezuela’s central bank, which in 2005 turned into a Bolivar printing machine for the government. The institution stopped delivering reports and key indicators in 2015, as per Presidential orders. Venezuela’s M2 Monetary Supply has increased 400% during 2017.

As early as 2012, some tech-savvy Venezuelans began to realize the potential that Bitcoin could bring positive change into their lives — a way out of the madness so to speak. With anecdotally trading volumes of 1–4 bitcoins per week on Localbitcoins, this “digital currency thing” was only known by a handful of people. As time passed, word of mouth spread, and things started to pick up pace by the end of 2014, with adoption hitting a major inflection point.

The country’s first Bitcoin exchange, known as Surbitcoin, began operating to the public. The exchange quickly became popular by its bitcoin giveaway contest once the exchanges’ staff started to gift enough bitcoin to buy items like a beer for any new user who signed up at the time.

By 2015, businessmen, techies, teenagers, and even corrupt government officials started to import bitcoin and scrypt miners (litecoin, etc), like the now legacy Antminer S3 and S5. In a country where citizens pay anywhere between $0.05 to $0.3 monthly in electricity, and minimum wage is less than $20 per month — the mining business boomed accordingly.

But, the gold rush didn’t last forever; the advent of alternative digital assets like Ethereum and Zcash began to completely shift the landscape. The ‘flippening’ as many members of the crypto-community jokingly (often endearingly) refer to, already happened in Venezuela for miners. The cost of importing bitcoin mining equipment has since significantly increased. Not to mention the fact that the equipment often draws unwanted attention from officers and employees in the customs office (who already know what a ‘miner’ is and what to look out for when inspecting imports).

Mining bitcoin had become a risky endeavor; one that enthusiasts and larger miners actively wished to avoid. Graphic processing units (GPUs) though, became easier to import as PC gaming is a hobby that is common and doesn’t raise as many red flags when being shipped (often buying them for bitcoin too, on sites like Purse.io).

In 2016, the first rally in the Ethereum price made many veteran Bitcoin miners dust off their old video cards. David R., a Venezuelan Ethereum and ZCash miner said:

“Mining bitcoin became something out of a spy movie, miners were arrested on false charges, people started to get more paranoid than usual. But then Ethereum became popular and very profitable. GPUs are cheaper to import, and don’t attract too much attention.”

David has a mining operation comprised of nearly 200 GPUs, mostly AMD’s RX 480, and old batches of R9 380s that he uses to mine ZCash, both very popular choices amongst miners.

“I started with R9 380 2GB GPUs, but then they stopped working for Ethereum mining due to the DAG file size increase, so I pointed them at a ZCash pool”.

At the beginning of 2017, a series of raids across the country lead to nearly a dozen arrests. All bitcoin miners. Reports of blackmail by security forces (targeted at high profile individuals who mined bitcoin) are not unheard of, something that is locally known as ‘Vacunas’ or Vaccines.

Another miner, who asked to remain anonymous, confessed he had to pay a bribe of nearly $7,000 to the Bolivarian National Intelligence Service, Venezuela’s premier intelligence agency.

Reports of high-ranking government officials embezzling money to buy bitcoin equipment is often discussed by insiders. Rumors have even circulated online and in the Venezuela crypto-community that the country’s Vice President has a private deal for a Chinese-Venezuelan joint venture to import and run Bitcoin miners. Who’s to say if any of these rumors are true, however.

During this digital gold rush, it’s not surprising to hear mumblings of individuals (even government officials) seeking to protect their own private self-interests. Especially during such a questionable time geo-politically, with social/government tensions and economic uncertainty growing by the day.

The bitcoin scaling debate has also taken its toll on the Venezuelan community, as high fees have hindered growth. Granted, paying $2-$5 on a single transaction is very expensive when it nearly represents 25% of monthly income from local citizens. The local Bitcoin Facebook group has become the center hub where many OTC transactions take place; often involving other digital assets (dassets) like Ethereum and ZCash.

Will the cryptocurrency spell end in Venezuela? It’s hard to speculate, but as long as the country has this bizarre currency control mechanism it has today, the cryptocurrency adoption will flourish. Especially as regulations and governmental oversight restrict imports on GPUs, affecting the growth of GPU-based mining.

As public chains like Ethereum continue to make preparations to abandon Proof of Work (which currently accounts for many of the GPUs imported into Venezuela), we may even see its citizens move to staking ETH in pools as a means to sustain their daily economic needs. This would effectively make their efforts to circumvent harsh government policies, finally, completely digital.