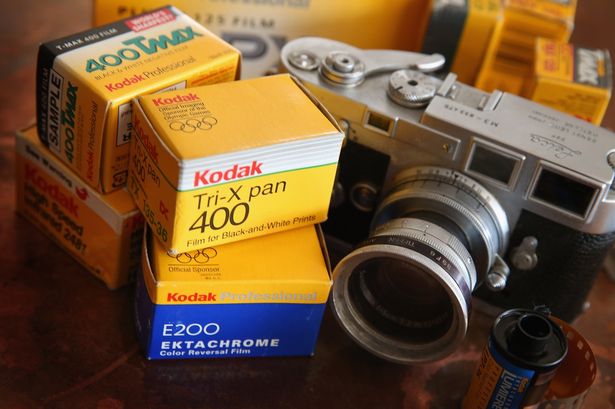 U.S. technology firm Kodak has announced that it will launch its own cryptocurrency, with plans to host an initial coin offering (ICO) at the end of January.

In an official announcement, Kodak said the cryptocurrency would underpin “an encrypted, digital ledger of rights ownership for photographers.” Kodak is working with a company called WENN Digital on the initiative.

The idea is that photographers could use Kodak’s forthcoming blockchain to register works, with “KODAKCoin” functioning as a medium of exchange on the platform. Users can receive payment in the cryptocurrency as well as pay for rights, according to the company.

The unveiling marks the first time Kodak has revealed its interest in the technology. The company is perhaps best known for its photography-related products, though a bankruptcy and subsequent recovery in 2013 led the firm to focus more actively on printing and digital film.

“For many in the tech industry, ‘blockchain’ and ‘cryptocurrency’ are hot buzzwords, but for photographers who’ve long struggled to assert control over their work and how it’s used, these buzzwords are the keys to solving what felt like an unsolvable problem. Kodak has always sought to democratize photography and make licensing fair to artists. These technologies give the photography community an innovative and easy way to do just that.”

It’s not clear at this time how much Kodak intends to seek through the ICO, but the company said that the token sale – set for Jan. 31 – will be open to accredited investors from countries including the U.S. and Canada.

“This initial Coin Offering is issued under SEC guidelines as a security token under Regulation 506 (c) as an exempt offering,” Kodak said.

Market data suggests that, at the very least, Kodak is enjoying a bit of an investor windfall as a result of its announcement. As of press time, shares for Kodak are up roughly 37 percent for the day, having risen from an opening of $3.10 to as high as $5.50 before settling down around $4.30, according to Google data.