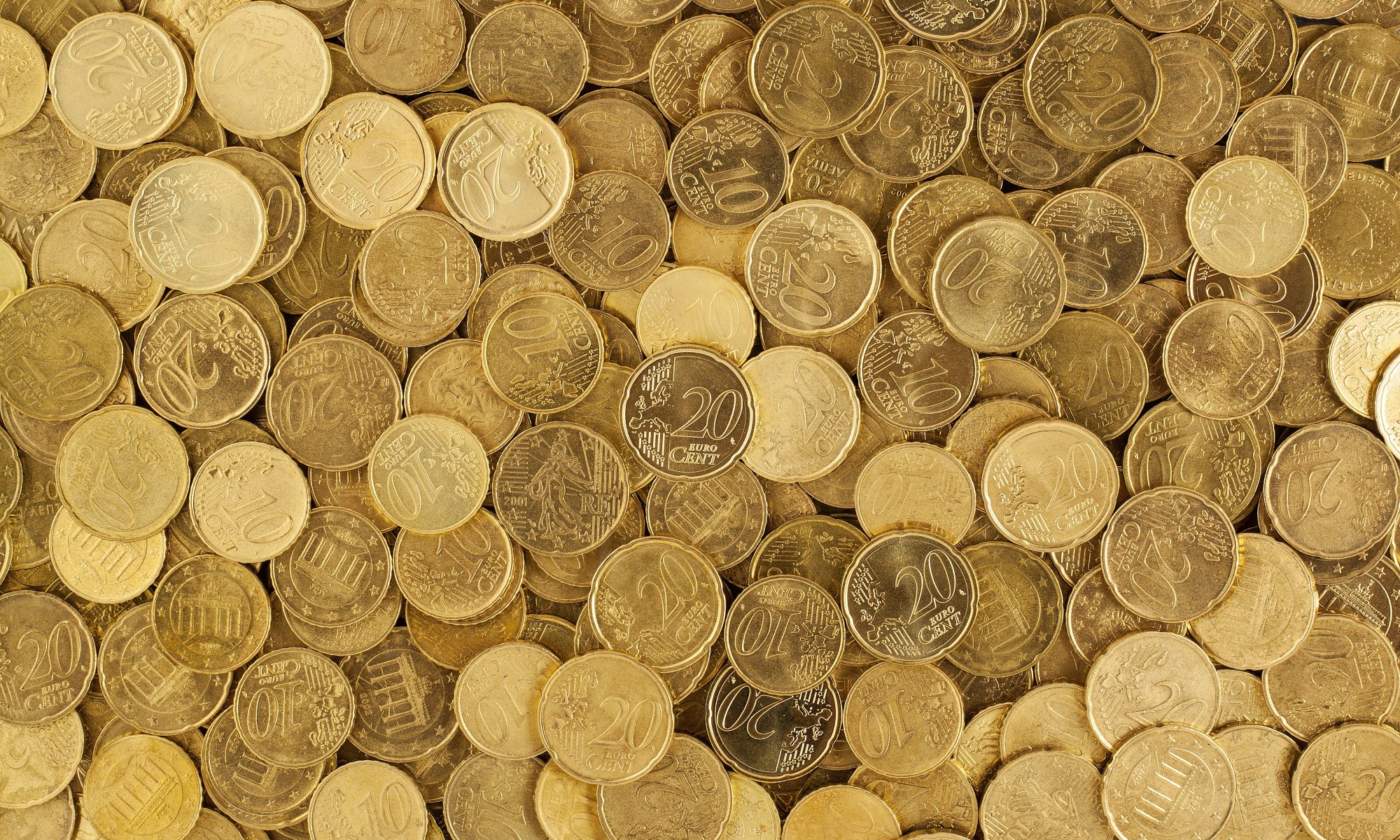 Following a long-term trend on altcoins this autumn, the cryptocurrency market was rising at the end of 2017. Altcoins as Ripple (XRP), Stellar (XLM), Verge (XVG), Cardano (ADA) skyrocketed in the course of 2 to 3 weeks. Many others grew in price by 5 to 10 times with the record-setters, such as Tron (TRX) and Verge – by 20 to 30 times respectively.

A lot of altcoins proved to be stable. Main players such as Ethereum (ETH) increased enormously with a huge capitalization. It is worth mentioning the increase in prices has been growing alongside a relatively stable BTC price, which means that all the generated gains were nominated not only in US dollars but also in BTC.

Investing a minimum of one BTC in XVG at the price of 50 Satoshi in early December, an investor could sell it at the price of 1,500 Satoshis with a 30-time return on investment within just 2 weeks. To make a good investment in these coins, one simply needed to register at 3 main cryptocurrency exchanges, such as Bitfinex, Bittrex, Binance. There you can also monitor listings of new coins that could generate substantial gain as demand for them grows in the long time.

Another area on the market that is less known, but more profitable, is emerging crypto assets that are not yet listed on main exchanges. And this is not unexpected, as being listed on a main exchange is rather time and effort-consuming for any startup project. A large number of applications are received by markets every day, but cannot be accepted instantly, as new coin undergoes a check of its technical specs of a new coin and its real demand on the market.

Every new coin that is to be listed would either draw back the liquidity from other traded pairs or become a dead-weight and delude the traders damaging the exchange’s reputation at the same time. Several examples of this can be observed at the hit BTC listed pairs overview.

That’s why a large number of really valuable up-and-coming crypto assets with good chances for growth are starting at minor exchanges, where the conditions to be listed are less strict. Here these coins are making the first sparkles and then increase in price several times more once they get to a big exchange, like Bittrex. These are assets that if managed correctly from the start could make an investor very rich.

Let’s look into 5 new assets that, if invested in December 2017, would have generated an impressive gain for the investor and could maybe generate even more in the near future.

All the mentioned crypto assets (or “coins”) have been chosen by the following factors:

RaiBlocks (XRB) is a coin, made on DAG-technology along with famous IOTA, focusing on fast microtransactions. One of the significant points why this coin was selected is demand for DAG technology in industry and a wide market for future implementation.

Dent (DENT) is used for sharing prepaid packages of mobile data. In accordance with Cisco review, 15% of mobile data is unused and this is the market of 4.8 billion dollars (US). User cases are as follows: sharing unused data packages, avoid roaming, automated buying mobile data for IoT devices at best cost. This concept is good for future demand on Dent token, so it was chosen.

IoT Chain (ITC) is a coin from a Chinese-based startup, sullpying high-scalable transactions for IoT industry. The project is based on a high-scalable DAG version. IoT in general is a trend in the industry and a new high-qualified project, which could present an interesting possibility in an investment portfolio.

Dragonchain (DRGN) is a new Blockchain platform, designed by Walt Disney. The platform is high-scalable, has huge functionality and can serve many fields of operation – smart contracts, identity, intellectual property, p2p financial instruments and so on. Also, the platform is building its own ecosystem with startup incubator. At the moment Look Lateral – an Italian project selling art with Blockchain rights fixation as well as LifeID (Blockchain-based identity) are making a product using Dragonchain. In accordance with the top-tier company behind this project and technological functionality, this asset is definitely a “little coin, going big.”

Yield from holding these “little coins” was compared to buying and holding main crypto assets like ETH and XRP at the same time as demonstrated below. RaiBlocks demonstrated an huge price growth rate, giving a 70 times increase on the investment; Dent provided 23 times capital growth. Otherwise little, but promising coins that were chosen are comparable to XRP and considerably higher gain of investment in comparison to ETH.

It looks like these coins with good basis and technology were unknown in a major part of the community whose price greatly increased once discovered by investors. Besides fundamental causes of investment, a lot of them probably keep in mind that after listing on main exchanges price will be growing even more, when a very large community and big money will have access to trade these coins.

Assets in the crypto industry rise rapidly if there is a big influx of funds coming in from new investors with simultaneous holding by earlier investors. The price increase, in this case, is because of the constantly increasing demand together with the shrinking amount in circulation. After listing on a bigger exchange, like Bittrex or Binance, the demand rises massively, which increases the price even further.

That is why investors would control new coins introduced to smaller exchanges, because these assets are seriously underestimated because of the lack of audience and low trade volume. But constant management can be rather boring and requires having multiple accounts, which is time-consuming. On the other hand, potentially attractive coins don’t get a solid audience, because investors would rather prefer to buy a new asset once it is listed on some bigger exchange. This results in a massive price increase and high volatility: massive funds are injected to the coin immediately at its purchase.

One of the current issues of the market should be facilitating the access to new assets for investors. On one hand, it will be much simpler for new users to start investing into crypto assets, and on the other hand, it would attract audience and liquidity to new coins. This can be made only by facilities of integrating all exchanges into one technical and visual interface that would allow trading multiple cryptocurrency pairs in one terminal at single-click ease. After deploying, this would bring about another advantage for both traders and new coins: traders would be able to purchase the coin from the date it was listed at any of the exchanges that are part of this integrated network, while the coin gets a more expanded and organic timeline of growth.

Another startup that proved to be successful is Arbidex – the platform that integrates crypto exchanges into one single interface with a built-in mechanism for automated arbitrage. The Arbidex team states that integration of cryptocurrency exchanges together with the additional functionality as an automated arbitrage system will provide more liquidity to trading pairs and destroy borders between exchanges. Using only one Arbidex account, a client can purchase and sell crypto assets and coins at all related exchanges.

Thus, new trading pairs on main exchanges like Binance or small like Livecoin automatically are in availability to trade for all Arbidex users. They even propose a breakthrough high-end trading terminal for traders, integrating orderbooks and trading pairs from multiple exchanges with an possibility to gain extra income.

Another solution can be seen in the Japanese project Liquid, which is operating under Quinone Corporation, which has the exchange license from the Japanese authority. One of the project aims is to provide liquidity for the cryptocurrency exchange market and to make a worldwide order book.

What should we expect?

Looks like this year is bringing more maturity to cryptocurrency exchange markets. Hopefully we will see the introduction of market brokerage platforms and services with trading tools such as professional trading terminals, analytics, and the possibility to purchase and sell the majority of crypto assets in one window. What if 2018 is the year of little coins becoming big?

Disclaimer: All information about coins is not investment advice.