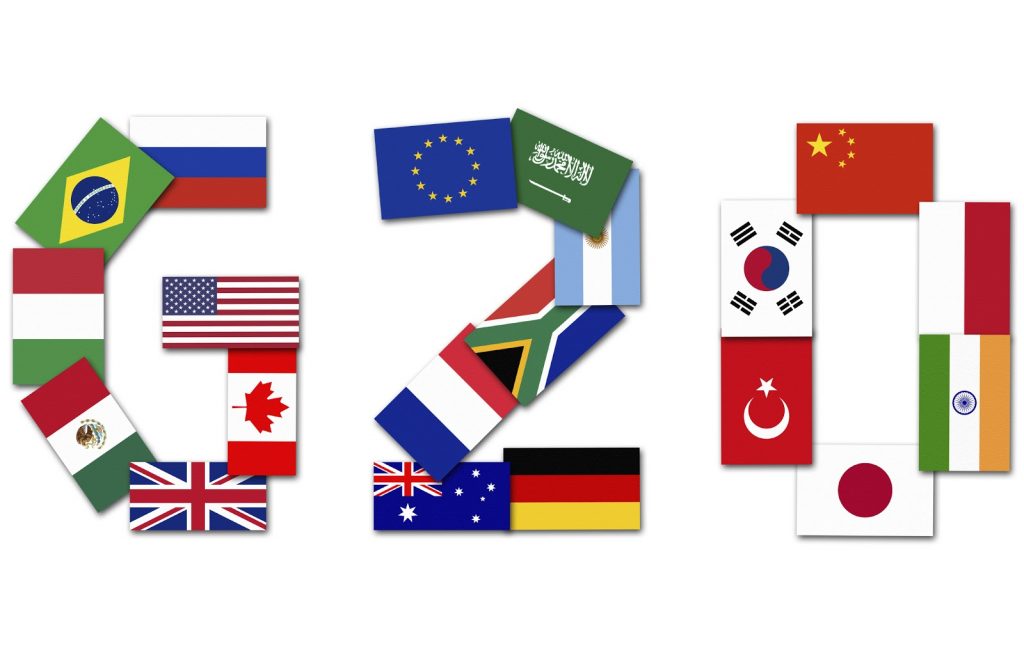 The G20 meeting of finance ministers and central bank governors is taking place in Buenos Aires on the 19 and 20 March 2018. Governments and regulators all over the world are trying to keep up with the recent surge in interest in blockchain and cryptocurrencies. Approaches range from those that are supportive, those taking a wait and see approach and those that want to shut things down.

Japan is reportedly planning to use a G20 meeting next week to call for combined regulatory efforts to combat the use of cryptocurrencies in money laundering. Meanwhile the financial authorities of Korea are potentially preparing a plan to allow initial coin offerings (ICOs), for domestic investors, to advance blockchain-based technologies.

Here is the current state of regulations for each of the G20 member states:

Argentina is hosting the G20 meeting. Currently the Argentinian regulators have taken a hands off approach and encouraged innovation. Indeed, Argentina’s biggest futures market has plans to offer Bitcoin futures.

Australia has no specific regulations but is investigating the most suitable approach. The Australian Transaction and Analysis Centre (AUSTRAC) has recently updated its AML laws to require greater transparency and recording of cryptocurrencies. Through the implementation of a new Digital Currency Exchange registry, exchanges dealing with cryptocurrencies will be required to disclose specific details of all transactions made on its platforms.

Brazil is banning investments in cryptocurrencies whilst attempting to work out the correct approach to wider regulation.

Canada is another country that is positioning itself as a hub of blockchain innovation. The Central Bank of Canada is considering the possibility of launching a state backed cryptocurrency. However, they remain vigilant about regulating illegal activities.

European Union. Currently, regulation is being discussed by individual member states on a country by country basis, but EU regulators have met to discuss the possibility of coordinating regulatory efforts across the European Union.

China is, on the one hand a hub of innovation, yet on the other hand it is one of the most strictly regulated and controlled markets.

France joined Germany in calling for international cooperation on crypto regulation. They have also developed a working group for cryptocurrency regulation with a particular focus on fighting tax evasion.

Current status: No regulation, but warnings about regulatory readiness, and risk of speculation and manipulation.

Germany and France are one of the key members pushing for crypto regulatory discussions at the G20 meeting. They have a desire to help position Europe as a leading hub of blockchain and crypto development, but believe that regulation will have to be a coordinate international effort.

Current status: It is a legitimate financial instrument, but requires additional licenses and permits.

Indonesia. Indonesia’s central bank has issued a fresh warning about trading in cryptocurrencies, because of the risk of losses to the public and even a potential threat to the stability of the financial system. There is currently no formal regulation, although cryptocurrencies are prohibited.

Current status: No government regulation, but there is a ban on using cryptocurrencies for transactions.

India is suggesting that cryptocurrencies should be banned as they are potentially too hard for regulating. However, there is a lot of innovation in the space in India and the recent successful fundraise by Zebi and the partnership they have secured with state government shows that there is currently room to manoeuvre.

Current status: Not accepted as a means of payment, regulation of money laundering and illegal activities.

Italy. The Italian Ministry of Economics is working on a decree that aims to classify the use of cryptocurrencies in the country and to list service providers related to cryptocurrencies.

Japan recognized Bitcoin as legal tender in 2017, and is a country generally regarded as taking a leading position in the development of blockchain and crypto technology and regulation.

Current status: Bill passed stating cryptocurrencies are not legal tender and should be treated as commodities and related taxes. Central bank oversight of exchanges.

Current status: Potential for some general regulations to be introduced, prohibition unlikely.

South Korea is a major market for cryptocurrencies. Due to major interest from their citizens, the government was compelled to act and initially clamped down on anonymous cryptocurrency trading. Anonymous trading is now banned but they are opening up regulations for KYC based trading and as noted previously they are are considering reintroducing ICOs under new, regulated conditions.

Turkey has no government regulation. In fact, politicians in Turkey are reportedly looking to launch a national cryptocurrency. Ahmet Kenan Tanrikulu, the deputy chair of Turkey’s Nationalist Movement Party and the country’s former Industry Minister, has drafted a report to propose a state-backed cryptocurrency dubbed «Turkcoin».

The United Kingdom has taken a wait and see approach to cryptocurrency regulation. However, we have recently seen the governor of the Bank of England, Mark Carney, calling for a crack down. He noted that cryptocurrencies do not yet pose a risk to current financial systems, but essentially wants «to hold the crypto-asset ecosystem to the same standards as the rest of the financial system» to protect businesses and individuals and guard against illegal activities.

USA. The CFTC and SEC senate hearing on 7 February 2018 was positive with CFTC Chairman, Christopher Giancarlo appearing particularly supportive, and becoming somewhat of a cult hero in crypto Twitter circles. The market is still digesting today’s US House Capital Markets, Securities, and Investment Subcommittee hearing, although there is a sense that no major strides forward were made in the debate.