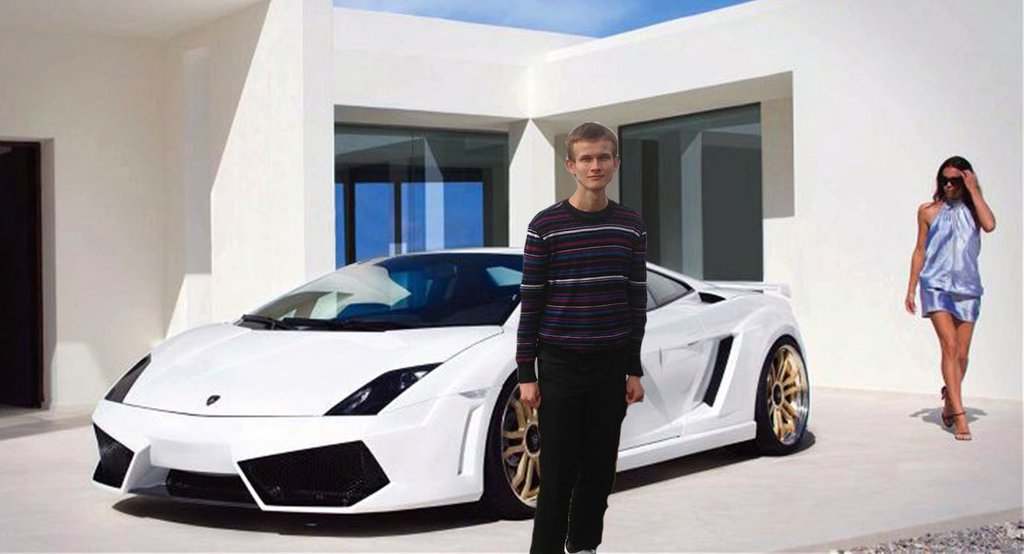 Crypto currency millionaires, not only the owners of bitcoins, actively buy Lamborghini as a symbol of status in their community. This opportunity became available to those who have acquired a crypt before its value spiked. They say that the most stylish Italian supercar in these conditions costs only $ 135. Lamborghini is not offended – the carmaker had record sales in 2017.

Silicon Valley majors prefer to lead a modest lifestyle, walk in sweaters and sneakers, and concentrate on their job. Cryptomillionaires are different. When the new crypto currency enters the market and promises huge profits to investors, investors ask a simple question: “Well, when will I get my first Lambo?” Justified interest and a specific goal -a sexy sport car priced from $ 200,000.

Peter Saddington, a 35-year-old coder from Atlanta for 45 bitcoins bought the 2015 Lamborghini Huracan – last fall, on a wave of cryptomode. In 2011, he bought bitcoins for $ 3. The car was used, the buyer paid bitcoins. The sales tax and commission for the transaction costed additional  $ 7.95 in cash.

In 2015, realtor Piper Moretti was the first to witness how her client bought real estate for bitcoins. Her company The Crypto Realty Group just specializes in helping in such transactions. The family from the East Coast fell in love with a house in Manhattan Beach at $ 3.2 million. The buyer wished to pay bitcoins. The seller did not want to hear about that. But Moretti managed to convince him that this is not a scam. Just at this time bitcoin spiked. The buyer had extra money, he decided to buy Lambo in the Orange County, which was taking bitcoins. Moretti requested all documents for this purchase and showed them to the seller. This is what convinced the seller, and helped the buyer to acquire a chic house for bitcoins.

Vitalik Buterin, the creator of the Etherium, spoke sharply against the ostentatious luxury of the cryptomillioners and said something like “if you are only capable of this, I will leave”.

Nevertheless, as the number of such richs grows, so does the sale of Lambo. In 2017, 3,815 cars were shipped – for the seventh consecutive year, Lamborghini sales are on the increase. According to the general manager of the Lamborghini Newport Beach in Costa Mesa, in December 2017 there were 10 transactions in payment for cars. The rate then was $ 19,000 per bitcoin. The dynamics are very positive – for the period from 2013 to 2016 there were only 2 transactions. However, fans of crypt and Lambo can estimate when they will get a sports car on the parody site When-Lambo.com. The site has a disclaimer: “The results of the calculation, based on the coin’s value over the last seven days,  are completely fictitious.”