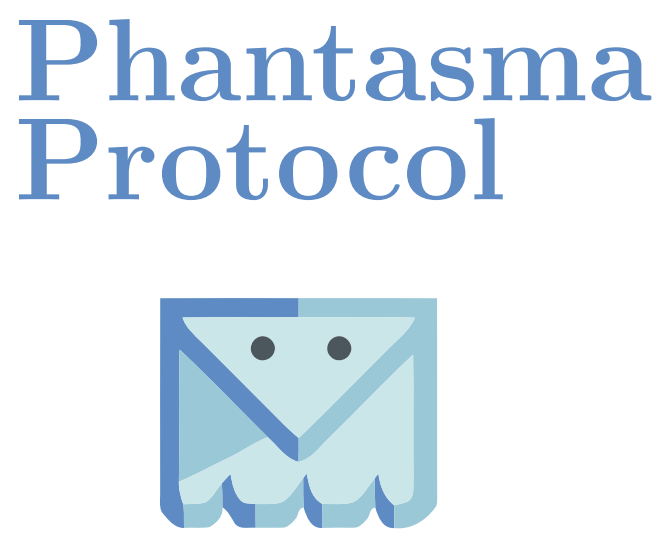 The Phantasma project promises to finally solve the unresolved problem of unauthorized content using, including both access to personal information and content, which is protected by copyright. These are not trifles at all. It is well known that the human factor becomes the most important in preserving the security and assets of corporate networks. Talk about the losses of authors from the illegal selection of their copyright content is simply not necessary.

In addition, cloud solutions also have vulnerabilities, and the “third party” effect is when the distribution of personal data is determined by someone.

Avoid all these risks should help the solution Phantasma, using the blockchain NEO and Ethereum. To be precise, there are gateways to these distributed networks from the side of decentralized application (dApp) Phantasma.
Technical rationale

In recent years, several projects have already been launched to prevent data loss of various kinds. With greater or less success, they solved the problems, but storing data in the blockchain is still an expensive pleasure. There are doubtes about the speed of such systems. And besides – some complexity has to be experienced by application developers.

Phantasma aims to solve almost all of these problems. And offers its standard for “seamless and secure data exchange”, management and integration, with the help of users and developers of dApps in the NEO ecosystem. With an emphasis on privacy and security. Users / content creators control their content without relying on third parties.

It is promised that a secure system, for example, mail, can be connected seamlessly with the existing infrastructure – the existing e-mail. In this case, all data that is stored in the user’s own wallet is available to him alone. 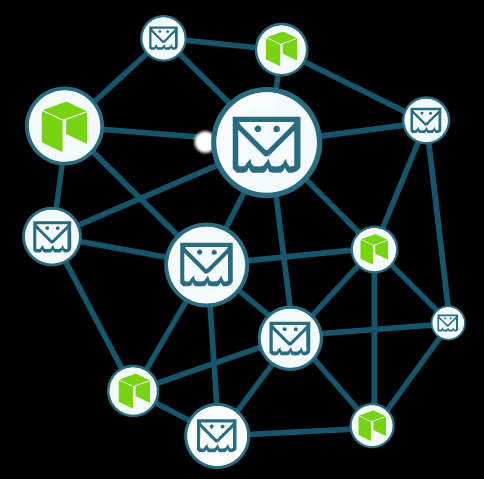 Blockchain – initially will work as a service on top of NEO. Then it  will switch to cross-chain platform NEOX. And finally – to it’s own blockchain.

Smart contracts – a virtual machine Phantasma allows to deploy sub-smart-contracts NEO without paying the full cost of NEO smart contracts, with the functionality necessary to accomplish the tasks. A token SOUL (type NEP-5) is used.

SDK – for developers, an SDK is provided for C #. And later – and in other languages. And also API for communication with own applications of developers.

Relay Nodes – relay nodes will be used at the junction of the Phantasma and NEO enclosures to reduce the overload of the blockchain.

The system for distributed content storage – Phantasma Data File System (PDFS). For the actual storage of content, distributed storage backend is used, such as:

In addition to the SDK, it is expected that the following units will be developed: mail, chat, marketplace, storage for streaming, a service like the distributed Oracles database (implemented on Ether, but on NEO).

Token Issue: WILL BE UNLOCKED INSTANTLY DURING THE CONTRIBUTION PHASE.

Phantasma participated in the first championship of dApps of the famous team of crypto-enthusiasts City of Zion and took the 5th place.

Fernando Toledano, founder of Red4Sec, expert in security, blockchain and smart contracts. Responsible for the audit of the NEO blockchain.

The map is detailed in all stages until 2020, on the eve of which it is planned to launch a storage for video streaming. 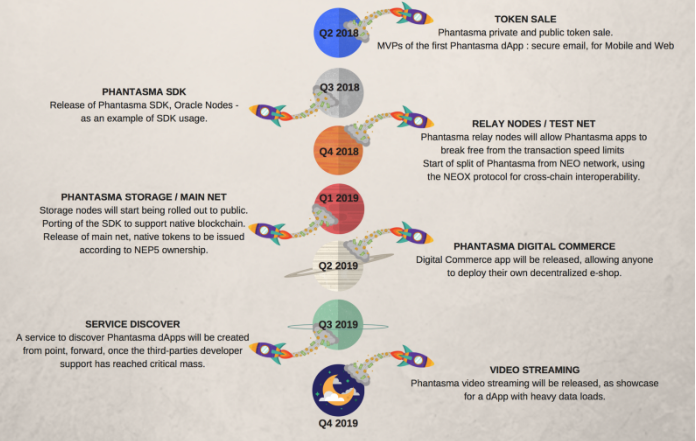 A European project that is rare in the current ICO market. It is focused on the sphere that is always hot and relevant for developed markets: personal data security, content monetization.

Experienced titled team. The marketing component is very well spelled out. Technical causes questions because of snap to NEO. The transition to its own blockchain is planned only in process of later development of the project.

In any case, it’s worth it to look closely at it. Perhaps, it is through good marketing, a well thought-out motivation system that the project will develop well. At least – at first.