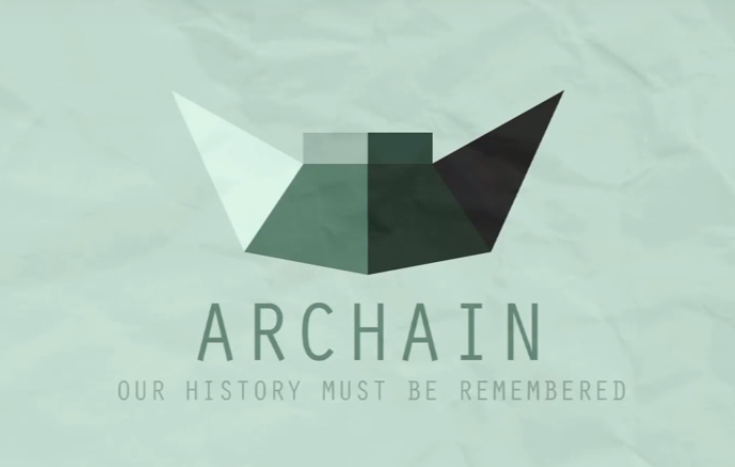 The Arweave project was formerly called Archain. The old name, perhaps, more accurately reflected its purpose – to create a permanent, decentralized and uncensored archive of information parallel to the Internet. But the way to achieve this goal, of course, accurately reflects the name of Arweave: the universal archive is created on the basis of the “first truly scalable” cryptocurrency, and its own blockweave technology that forms an efficient and self-organizing data storage. The technology ensures that the data on the network will be available for many years, decades, even the coming centuries, and will not be subject to accidental or intentional changes. Blockweave is a blockchain platform based on the Proof of Access consensus mechanism. According to the authors, such a mechanism promises self-organization and self-development of the chain.

Storage of information will not be free. For posting information “forever” you have to pay using the AR.cash token or shortly – AR. The authors of the project argue that tokens will go to pay for the work of “miners” – for storing and maintaining information in the Arweave network.

Also, presale participants can test the archiving function by installing the web extension of the alpha version of the Arweave network. But these archives are not automatically transferred to the mainnet after it is launched. Now the web extension supports only the Google Chrome browser, but others will be supported soon.

You can view the archived information with a special “browser” – blockweave explorer. Its launch is scheduled later this year. Information located in Arweave receives a unique identifier, which makes it possible to extract it from the network at any time.

Tokens are incompatible with the wallets of other platforms. Own wallet will be launched on the blockweave platform. But the tokens will also be integrated into a multi-token wallet at launch.

The so-called “miners” can start their participation in the project already with a presale, indicating the tier “Developer” (Developer) or higher, and testing their equipment on the test network. Whether they will earn it or not – it is not announced. Initially it was announced that all the others who did not participate in the presale will be able to mine after the launch of the mainnet. But just now Coinstelegram.com got the newest information from authors of the project: now anyone can mine on testnetwork, not just presale backers.

Differences in the test and mainnet – in the preservation of developments: when the test network is rebooted, they are all lost. After starting the mainnet, there will be no reboots. 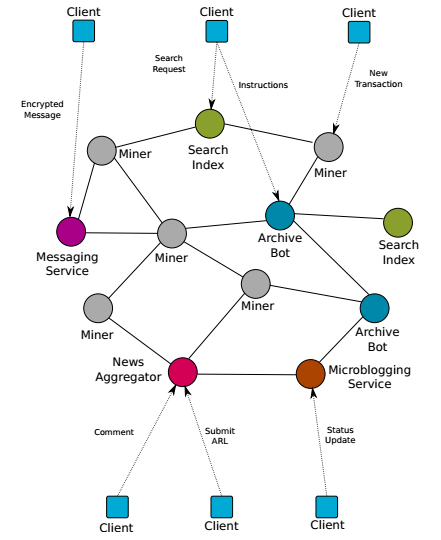 ICO start and end: initally it was announced  from June 7, 2018 till June 30, 2018. Now Coinstelegram.com got newest info from authors: “ICO will start and end before our mainnet launches on 8th of June (details to be announced soon)”.

Tokens purchased for presale are frozen until the startup of the mainnet (tentatively on June 8, 2018)

Sam Williams – Co-Founder and CEO. A PhD candidate with extensive experience in creating a decentralized system,  involved in many projects, including a distributed operating system.

William Jones, co-founder and CTO, Ph.D candidate, his interests are at the intersection of computer science, graph theory and neuroscience. He studied distributed systems in the form of deep neural networks.

Anthony Ryan – head of development at Quantstamp, mentor Startup Weekend, the first employee of the robot-adviser Clover.com.au. He sold a lot of online businesses, invests in the crypt from 2014.

Jesper Noehr is the founder and former CEO of Bitbucket, previously worked for Opera, Atlassian and several hedge funds. Has knowledge and experience in the field of distributed systems, crypto-currencies, trade and economy. 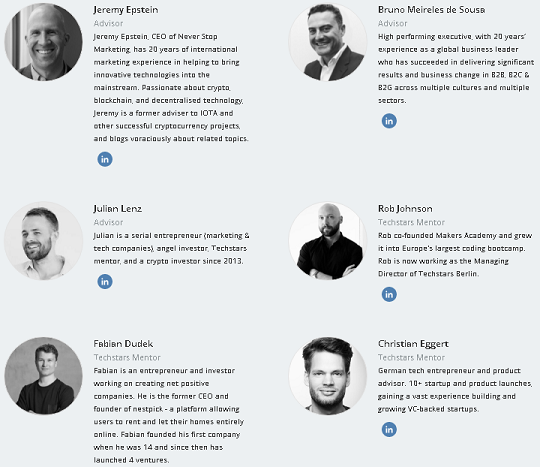 The authors refer to the partnership with five projects. In particular, the auction network Shelf (Shelf.Network), as stated, will use Arweave to store its data.

After a close look at the project, it’s looks like the authors first rushed, and then lost interest in the continuation. For such an ambitious project – parallel Internet! – this is not good.

The principle of operation is clear, technical details are described quite clearly. But the economic model is not at all clear. There is no distribution scheme for tokens. There is no road map. The deadlines announced at the start of the project 3 months ago are not observed without any apparent reason. Perhaps all of these flaws are due to the rapid development of the project, the lack of time to make changes. And also the participation of authors in the TechStars Berlin city 2018 startup accelerator  in Berlin. By the way, the project is British, and registration is GB, not German – as it was announced before.

The team is well equipped. Advisors inspire respect, in particular, their experience in crypto-economics. The partnership is announced, although not for long time (a loudly withered friendship with Shelf.Network started during the participation in TechStars Berlin city 2018 – three-month startup accelerator  in Berlin).

Other positive moments: prototypes, a web application, a test network are made. Alpha testing of the network is also performed (according to the authors). From the very beginning the authors insisted on the creation of  own ecosystem, including own wallet (platform). Widely attracted “miners” – but not those that use ASICs or GPUs. Miner in the understanding of the project is the one who develops a data storage network at the expense of his resources.

On these two attractive features, we can expect a rise in the value of the token on exchanges. The problem is that nothing known about the exchanges that are ready to quote AR token. “Negotiations are in progress” – this is just a standard info. It is mentioned Bittrex, but as if in passing.

The project may be under consideration. But only if the team somehow shows signs of life in the near future, before the ICO. For now it’s a dark English pony.