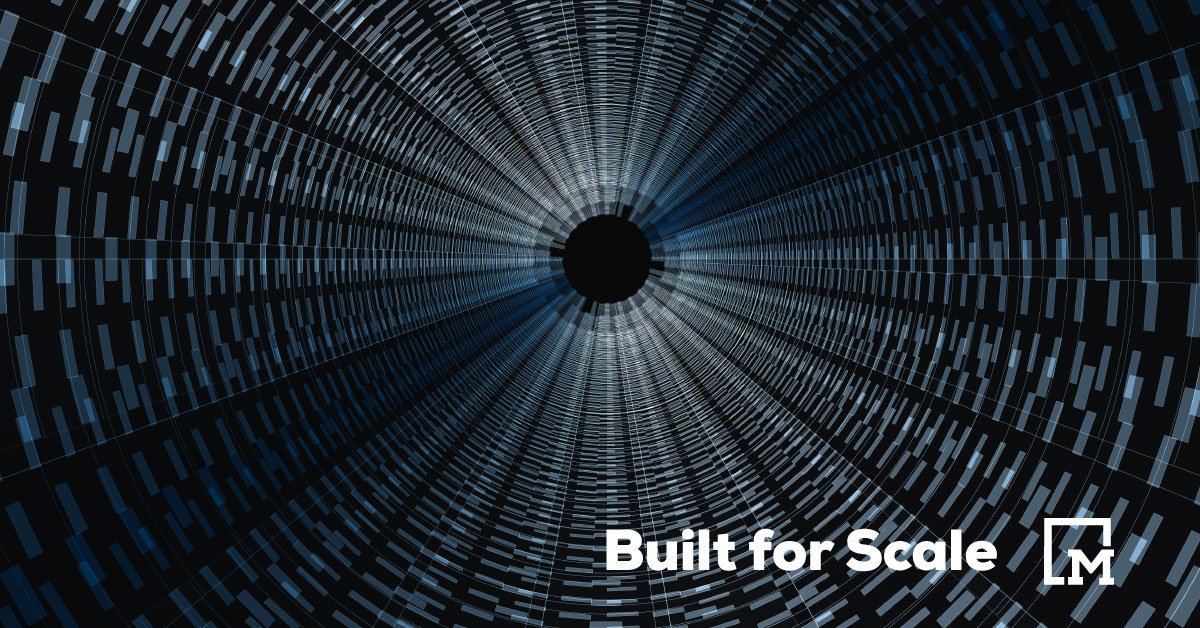 Metabase supports modular consensus protocols, a dynamic proposition for scaling public blockchain protocols, providing crypto economic equilibriums, as well as increasing usability, which allows the system to be tailored to a broad range of usecases and trust models.

Equip your emerging smart nation with a digital infrastructure that facilitates innovation and powers the evolving services and outcomes your citizens demand.

A scalable and extensible blockchain platform that helps you build decentralized applications with high throughput demands.

A secure and robust blockchain platform that helps you leverage security libraries to build reliable applications.

An easy to use and customizable blockchain platform that empowers developers with customisable platform-level libraries and intuitive developer tools.

A comprehensive governance mechanism built into the protocol fostering a commonwealth network that can adapt with evolving business, social, and technical needs.

Metacore is the Store Of Value currency of Metabase. It is the primary token of Metabase and will be issued in ICOs and traded on exchanges.Metacore can’t be used as a medium of exchange currency on the blockchain. To pay transaction fees on the blockchain, one first needs to convert Metacore to Metabit tokens and then pay the appropriate fees denominated in Metabit tokens.

Details of Metacore tokens generated as block rewards are as follows:

Hence, block rewards per block for each of the halving epochs are as follows: 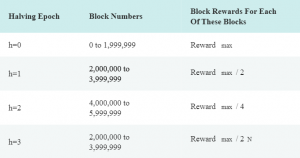 The following graph represents token distribution and network supply over time for all participating groups, assuming 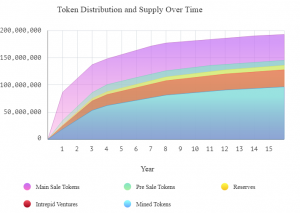 Metabit is the Medium of Exchange currency of Metabase. It is the transactional token of Metabase and will be used to denominate transaction fees. Metabit as a currency is inflationary in supply with a degree of demurrage associated which can be governed by the governance framework. 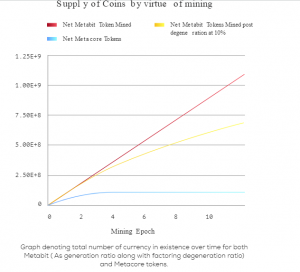 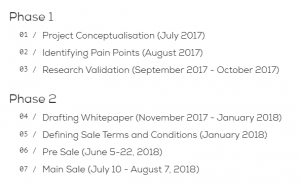 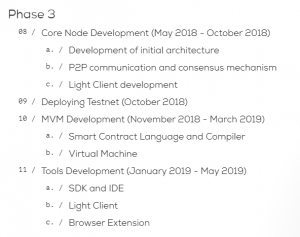 Token price for Pre Sale (without factoring in discounts) is fixed at 0.02 USD/META (2 USD cents per META).

A buyer in the Pre Sale event can’t purchase more than 10% of the total tokens allocated for Pre Sale. 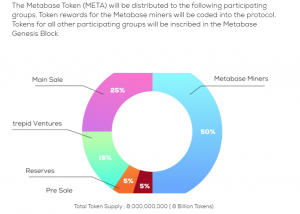