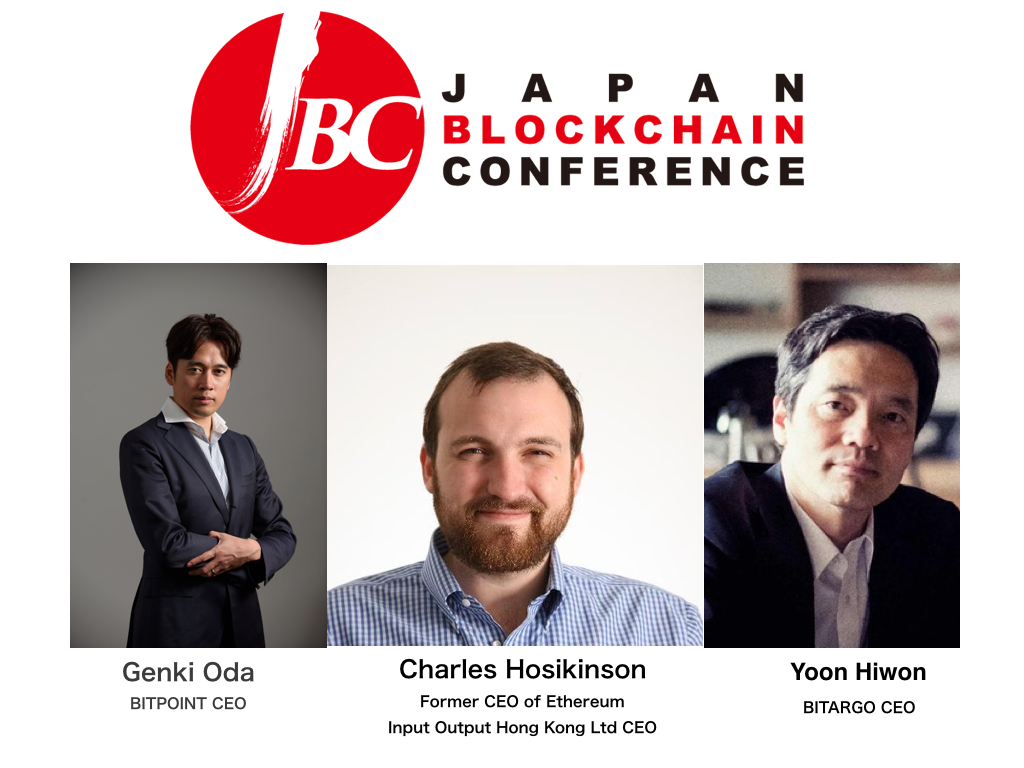 Many more blockchain experts from all over the globe have announced their attendance to the conference. Venue: Tokyo International Forum (expected visitors of 10,000). Over 100 blockchain companies from all around the world will also be in attendance.

We are proud to announce that Mr. Charles Hosikinson, the former CEO of Ethereum, Mr. Genki Oda, the CEO of BITPoint Japan Co., Ltd., and Mr. Hiwon Yoon, the CEO of bitARG Exchange Tokyo Co., Ltd. will be joining us as guest speakers. 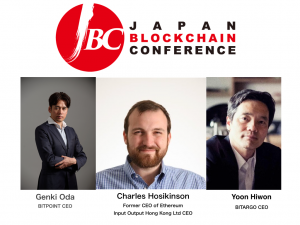 JAPAN BLOCKCHAIN CONFERENCE brings together innovative Japanese companies and overseas blockchain companies and organizations. This conference aims at expanding areas of blockchain application through exchanging information and increasing awareness of the blockchain.

“JAPAN BLOCKCHAIN CONFERENCE 2018” will be held on June 26 and 27 at Tokyo International Forum. We are proud to announce that Mr. Charles Hosikinson, the former CEO of Ethereum, Mr. Genki Oda, the CEO of BITPoint Japan Co., Ltd., and Mr. Hiwon Yoon, the CEO of bitARG Exchange Tokyo Co., Ltd. will be joining us as guest speakers.

The former CEO of Ethereum. Mr. Hosikinson leads the “Cardano Project” with the Cardano Foundation and EMURGO. He is also the CEO of IOHK (Input Output Hong Kong). He developed the “Cardano Blockchain”, often referred to as the third-generation blockchain by many, as well as the “Cryptocurrency ADA”. In May, 2018, he made an announcement to cooperate with the Ethiopian government to realize the distribution of financial services to over three billion people who do not own a bank account.

A graduate of he University of Tokyo Faculty of Law. Mr. Oda began his life as an entrepreneur while still in college. He later sold his first business, and since then, he has been investing in venture capitals and engaging in business development for over fifteen years. With the concept of “those who work hard shall be awarded”, Mr. Oda supports social entrepreneurs as well as NPOs. From 2012, he has been taking part in Remixpoint Inc, investing and developing business in the field of “relaxation of regulation/amended laws”. After establishing BITPoint Japan Co., Ltd. as a subsidiary company of Remixpoint in March, 2016, he has been inviting quality personnel who have experience in stock companies to conduct business development with the philosophy of “safe cryptocurrency transaction” and “achieving people’s daily use of cryptocurrency”. Mr. Oda has been developing cryptocurrency clearing houses not only in Japan but also in Korea, Hong Kong, Taiwan and Malaysia.

After finishing the master’s course at Keio University, Mr. Yoon joined Salomon Brothers Inc. where he engaged in arbitrage of stocks in Asia including Japan.

He resigned Salomon Brothers Inc. and got into the doctoral course at Keio University Faculty of Science and Technology. In 2000, he founded CMD Research, Ltd. where he developed logics for algorithmic stock trading, constructing stock enforcement theories as well as creating tools for analyzing stock enforcement.

In 2017, he founded and became the representative director of bitARG Exchange Tokyo Co., Ltd., which got successfully registered by Financial Service Agency in the same year.

This year, he has been coordinating a business tie-up with Yahoo Group to prepare for the development of a cryptocurrency exchange that foresees algorithmic trading.

How to Participate
Apply for and buy a ticket on this website. Same-day ticket is also available.