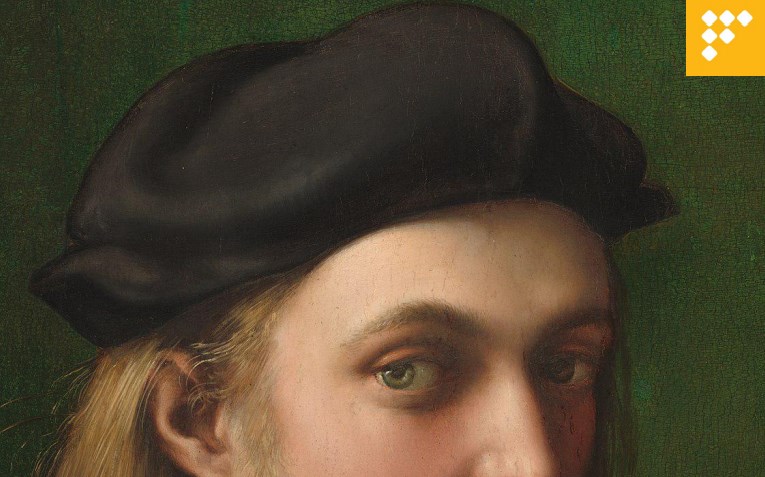 Co-founder of Fresco (FRES) project  Roy Huang  started dramatic conversation in crypto community with his twit about one of TOP 30 Exchange scamming behavior. According to entrepreneur words, Fresco got Listing Proposal from a top 30 exchange, where it “openly asking our company to use trading bots to create fake volume with 0 transaction fees” (see screen short). He alleges that this approach resulted in a series of unethical, manipulation-centric propositions regarding a potential FRES token listing. «We offer what we see as a blockchain company wanting to do things. Industry problem!» – stated Fresco co-founder. 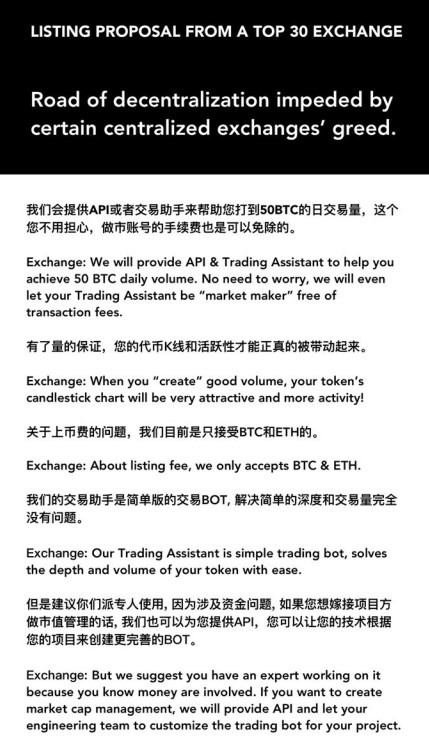 Roy Huang declined to specify which exchange authored the proposal. But he insist that such behavior is “prevalent in the industry.” He underlined that NASDAQ as a centralized stock exchange only charges less than $200k for listing mega companies. Meanwhile in the blockchain world, a lot of crypto exchanges trying to charge $500k+ listing fee. “Road of decentralization impeded by greed” – says the expert.

And it is interesting conclusion: “Stock Exchanges have SEC, we blockchain community needs a self-regulatory organization! A nominated group of influential & ultra-rich crypto “Bloombergs” to serve public good such as regulate the exchanges”.

Meanwhile the Fresco project is known for its irregular approach to crypto routines. Fresco passed pre-ICO on April, the 15th. But it refused ICO: “We decide to abandon the ICO (Initial Coin Offering) model and adopt the ICD (Initial Coin Distribution) model by releasing 300,000,000 FRESCO tokens (the total amount planned for Pre-Sale & Main-Sale) to the community for free”. It seems that the truth is a bit different, it was 500M of total supply first (see the Pic.). 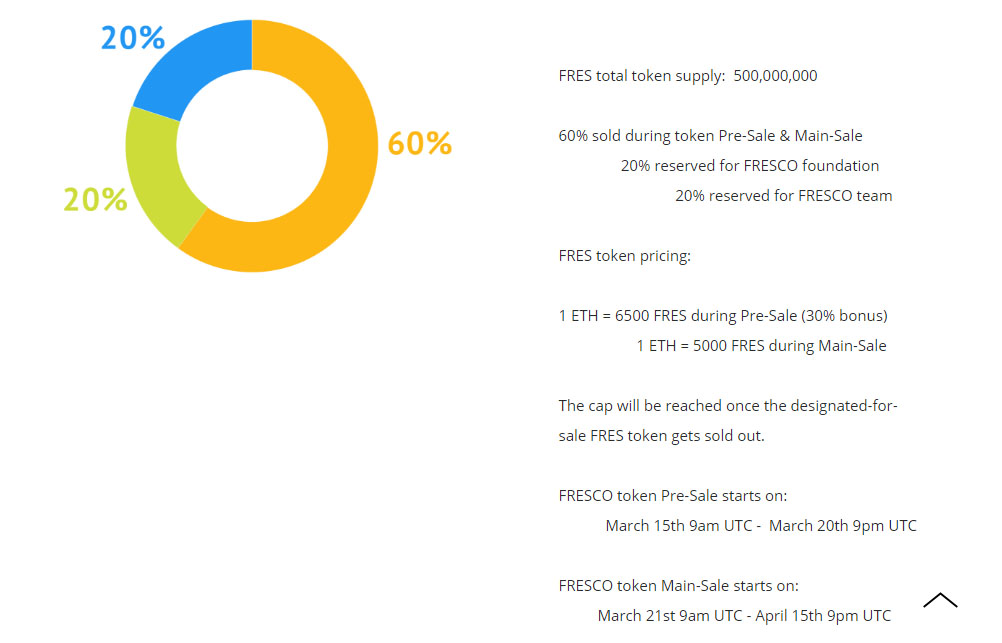 It is easy to suppose that the project got money in other way than the crowdsale. Not so strange if to mention that Fresco is a blockchain project for art market. And everyone knows that that this is not a poor market. And FRESCO pretends to be the world’s first blockchain art trust value distribution network . Through blockchain technology, FRESCO enables artists, investors, dealers, galleries, and administrators around the world to demonstrate their artworks and evaluate collection strength, eventually creating an efficient and intuitive art value measurement system. FRESCO tokens (FRES) represent the level of trust distributed to each artwork. To establish a quantifiable ecosystem for the evaluation and sharing of artworks, FRESCO pioneered in introducing the trust token distribution mechanism, FRESCO Protocol. FRESCO Protocol will create an efficient contractual mechanism between users and their artworks.

So Fresco now airdropping its token mostly in social way: “Each contributor’s claim cap is 2,000 FRESCO tokens, if they to pass a 100-question quiz to show their passion and understanding of the art world and FRESCO”.

It seems that Fresco is ready to unleash a war with exchanges because it have enough funds for now from art investors and partners. But it is still interested to be listed. And it is listed. As it is announced in company Twitter, “two exchanges that you can get FRESCO tokens now: IDEX and EtherDelta. No ICO, so no need for fake volume manipulation.  No paid listing, no market cap drama”… 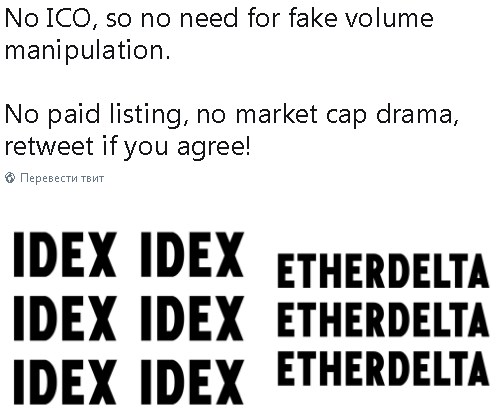