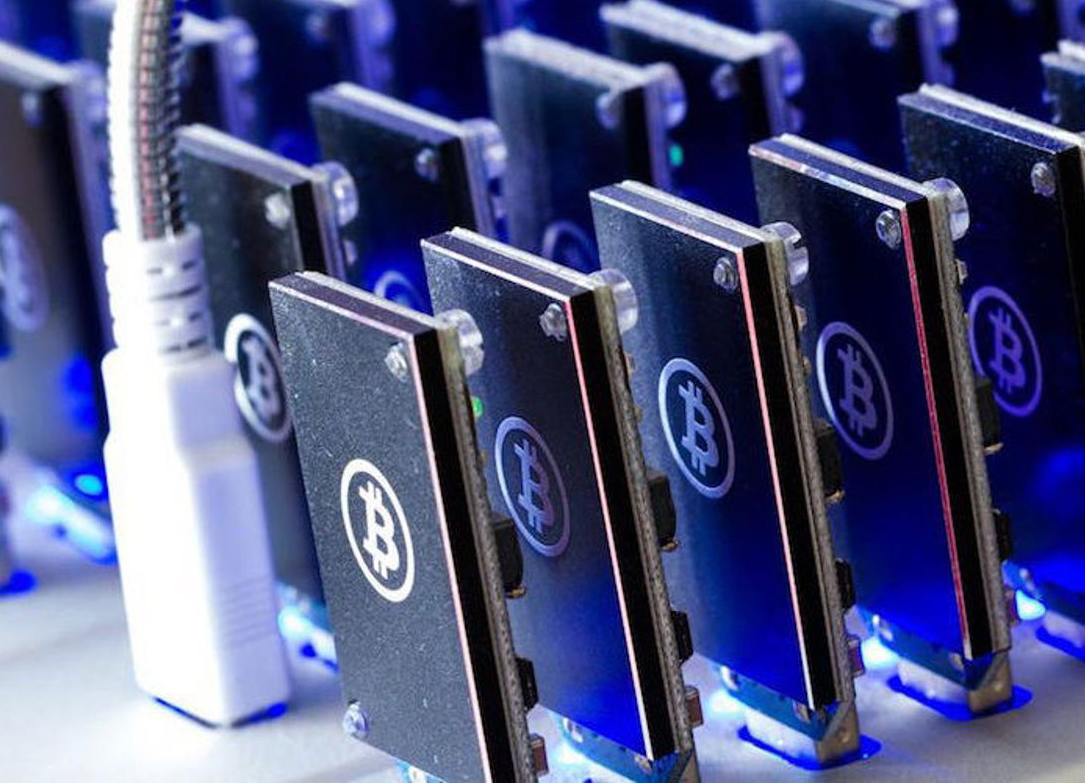 The world’s first cryptocurrency, Bitcoin has taken the world by storm. With a very high exchange rate, it seems that the decentralized digital currency is here to stay. So how do you get Bitcoin? You can either purchase Bitcoin, or you can “mine” them. The mining process involves using dedicated hardware (e.g. ASICs, FPGAs) that use processing power, as well as software applications to manage these rigs. If you’ve decided to get into cryptocurrency mining, here are some of the best Bitcoin mining software that you can get started with.

CGMiner has been around for a while and is still going strong. With a plethora of features and active community support, it’s easily the best Bitcoin mining software out there.

Written in C, CGMiner is a cross-platform Bitcoin miner that supports Windows, Mac OS X, Linux and many other platforms. Compatible with both FPGA and ASIC hardware, CGMiner is a command line application that has full monitoring, fan speed control and remote interface capabilities. It comes with a scalable networking scheduler that can scale to hash rate of any size without network delays. CGMiner prevents stale work submission on new blocks and supports multiple pools with intelligent failover mechanisms. There’s a menu for on-the-fly management of most settings and self-detection of new blocks with a mini database for slow/failing longpoll scenarios. Submissions can also be cached during transient network outages.

From Hexfury and BlackArrow to Cointerra and Minion, CGMiner supports a wide variety of ASIC mining hardware.

Perhaps the easiest-to-use Bitcoin mining software, MultiMiner is a desktop application that’s chock-full of features. Available for Windows, Mac OS X and Linux, MultiMiner lets you switch mining devices (e.g. ASICs, FPGAs) between different cryptocurrencies (e.g. Litecoin, Bitcoin) without any effort. It uses the underlying mining engine to detect available mining hardware and lets you choose the coins you’d like to mine. MultiMiner has many advanced features such as automatic detection of network devices, as well as the ability to remotely monitor and control other MultiMiner rigs.

An open-source project, MultiMiner is compatible with many mining devices. These include Block Erupter, BFL/Bitforce and HashBuster Micro.

BFGMiner features built-in stratum and getwork proxy server, and its heavily threaded code hands out work retrieval and work submission to separate threads, so that working services are not hindered. The program supports ‘getblocktemplate’ decentralized mining protocol (without proxy), and can preemptively generate work prior to the completion of existing work. BFGMiner comes with a watchog thread that can restart idle threads, but doesn’t crash the machine if they fail to respond. It displays summarized and discrete data statistics of requests, accepts, rejects, hw errors, and efficiency and utility. If there is hardware support, the program can monitor device temperature.

What makes BitMinter stand out from the crowd of similar tools is the fact that it has its own mining pool to work with. Its pool is also among the oldest in existence.

BitMinter is the best solution if you’re looking for a truly cross-platform Bitcoin mining software. Compatible with Windows, Mac OS X and Linux, BitMinter’s client is based on the Java Network Launch Protocol (JNLP) and requires no installation. The program has a straightforward Graphical User Interface (GUI) that’s incredibly easy to understand. To get started, simply sign up to the mining pool on BitMinter’s website, configure your ASIC hardware as per the instructions and you’re good to go. The work is recorded in shifts, and 99 percent of the mining income is paid out to the users.

Some of the ASICs supported by BitMinter (and its mining pool) include Butterfly Labs (except Monarch), Block Erupter USB (and other Icarus-compatible hardware), Chili, Red/Blue Fury and Antminer U1/U2.

If you’ve decided to get into bitcoin mining, but aren’t yet ready to invest in expensive ASIC (Application Specific Integrated Circuit) miners, you can go for a cloud-based mining service. There are quite a few of them to choose from, but Miner-Server is definitely the best.

When you get started with Miner-Server, you join a mining pool that also has other users, so the payouts are divided between all the participants. The service offers many packages. Based on the package you select, you can get hashing power ranging from 250GH/s to 600,000GH/s. All the packages have a duration of one year, and you can check your earnings and other details anytime by logging to your account.

If you refer Miner-Server to other users and they sign up through your reference, you get bonus hashpower. The service doesn’t charge any additional maintenance fees, so users get the full share of profits.

EasyMiner is a graphical, open-source mining software that lets you mine Bitcoin, Litecoin and other cryptocurrencies. It supports minerd, cudaminer, ccminer, cgminer and ASIC mining for Bitcoin. EasyMaker comes with a dedicated “Moneymaker” mode, which is dedicated to mining of LTC on its own stratum pool. There’s also a “Solo” mode, which allows users to choose a pool of their own, as well as a custom hash algorithm corresponding to the coin they want to mine. EasyMiner uses the NHIL (Network Hardware ID Layer) protocol to provide an extra layer of security for the pool stratum and wallet architecture.

EasyMiner only works on Windows.

The above-discussed software works great if you just have one mining rig to work with. But if you want to manage multiple mining rigs, and that too of different types (e.g. ASICs, FPGAs), you need something a bit more robust. Enter Awesome Miner.

Having powerful centralized mining management features, Awesome Miner supports more than 25 mining engines such as cgminer, bfgminer, xmrig, srbminer and sgminer. It’s also compatible with all popular mining algorithms, such as SHA-256, Scrypt, X11, Ethereum and Zcash. You can add, switch and manage pools for multiple miners in a single operation. Awesome Miner’s comprehensive dashboard lets you monitor the status and temperature of all ASIC and FPGA devices from one location. There’s also a built-in C# script engine, which can be used to create customized triggers and actions. You can use the program to set up privileged API access and configure default pools for all Bitmain Antminer ASICs in a single operation.

Awesome Miner primarily works on Windows, but also offers a web front-end that can be accessed from any computer, tablet or smartphone.