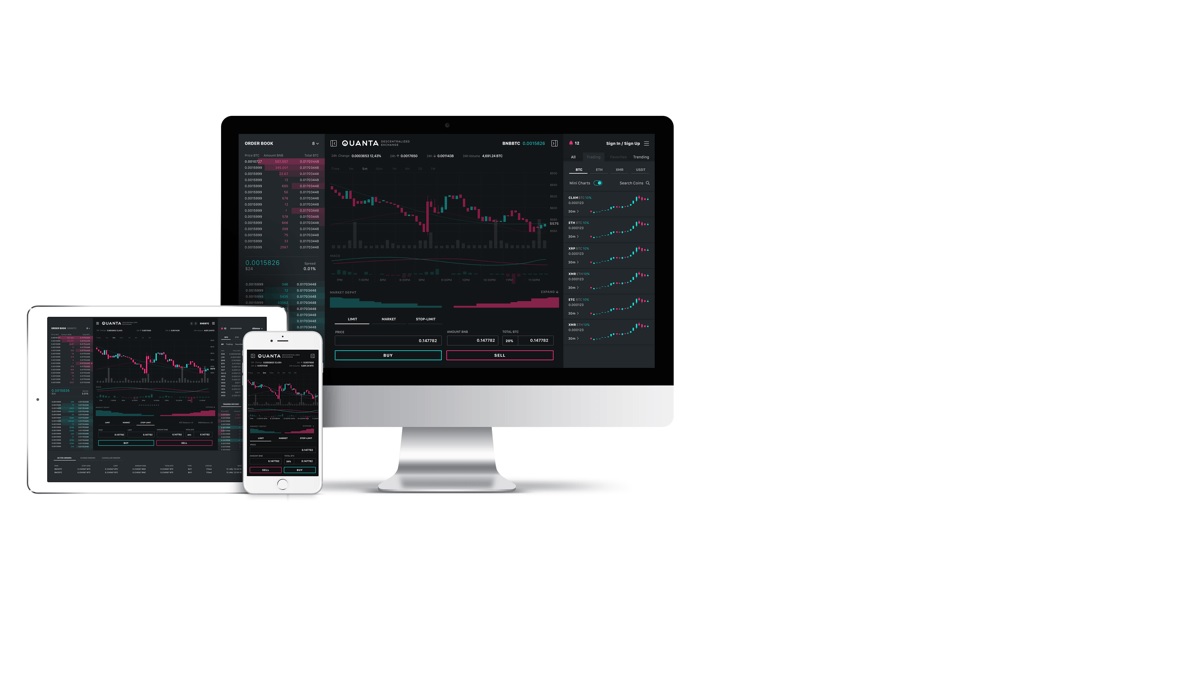 But the aforementioned benefits of DEX doesn’t mean that all DEX ICOs are bound to succeed. Quanta DEX with more that 250K joined to early beta and 4 strategic investors – make decision to lower the token price. The ICO sale’s hardcap was set for USD at 60M QDEX tokens – now for 88M QDEX. This is second time the team changes ICO conditions. Early they shifted presale to Sept 15.

However, the main problem of DEXs is that they aren’t yet fast enough to compete with CEXs. Quanta team claims: “We are fixing it!”

Croatian startup Tolar (TOL) continues its World Tour. After Korea, Japan, Vietnam there will be Mauritius and Toronto. By the way Drazen Kapusta, Founder/Principle of Tolar, is now in Dubai. Tolar as “an open source, community governed crypto-currency featuring scalable, fast, secure, and fair transactions with HashNET”. HashNET leverage Distributed Ledger Technology (DLT) and consensus algorithm which keeps all positive characteristics of a blockchain technology while increasing throughput to more than 200,000 transactions per second. Tolar presale is now running until the end of August. According to its conditions the team welcomes whales because the token prices varies on contribution. For “minority” investors who pays 1-9 ETH the price is 0,000145055 ETH per TOL. For those who contributes over 50 ETH it is 0,000120879 ETH per TOL (20% bonus included in price). 10-49 ETH payers get 10% bonus included in price.

Recently Tolar bounty program starts. It is promised about 10 TOL for Telegram – and up to 5000 TOL (about $500) for Youtube video creation! Articles about Tolar are in value too -–up to 1000 TOL.

IoTBlock launches by now 4 additional communities in Telegram – Chinese, Vietnamese, Korean and Arabic. It is about IoTBlock global presence. But this is all good news from the project. Those who places its hopes in it are now confused.

IoTBlock pretends to be “a global technology solutions company leveraging blockchain technology to develop building blocks for trustless IoT governance, connectivity, and security”. It is known for a several weeks from official site and media that the team “is building the first universal IoT blockchain registry with real time device health reports and a trustless, decentralized infrastructure for IoT devices to access smart contracts securely on any blockchain”.

No sales started yet. No docs like Onepager, Blue Paper or Whitepaper. No even IoTBlock Official publication at Medium. You see only “This publication does not have any stories yet” if follow link from official group. Telegram is 8505 members, announces – 1611 members and last post published more than month ago.

It would not be worth worrying if IoTBlock was an ordinary project, one of million. But it impressed community with big names in the team, with experience from Google and Amazon to Acer and Samsung, persons, educated in Berkeley, MIT, Harvard and Stanford. Now we have only an invitation “Be the First To Know When We Launch!” and to subscribe to mailing list.

It may look like kind of marketing? Time to say smth, guys!