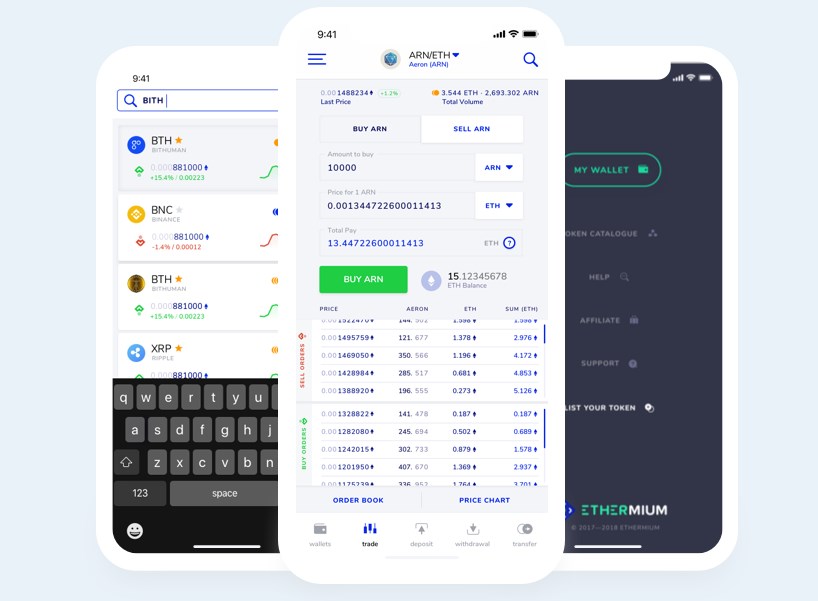 EtherDelta gained a lot of positive feedback as one of the first DEX on Ether basis along with 0x, Waves, Kyber. It is stated that this decentralized platform to trade Ether and Ethereum-based tokens directly with other users. EtherDelta had all the benefits of decentralized exchange and had enjoyed growing popularity. Till it was hacked in December 2017 for $250K. That was hard strike not only for EtherDelta but for all DEXs. It’s hard to say now that DEX is a robust exchange.

Anyway it still has a lot of supporters. Indeed, EtherDelta has not so complex interface and all the needed features. It is easy to create or import account, use hardware wallet like Ledger Nano S, set desired Gas and so on.

By the way, EtherDelta has 5 languages as for UI. Except English and Chinese also Korean, French and Spanish.

It provides Order book with the lists of interested buyers and sellers. A resting order consists of a price, volume, expiration time (measured in blocks), and signature. It represents a signed intent to trade. When a new resting order is created, it gets broadcast to an off-chain order book server. Why server? Storing resting orders off-chain means that there is no need to create an Ethereum transaction and pay gas to submit a resting order. EtherDelta does have a backup mechanism that allows orders to be submitted with on-chain transactions. 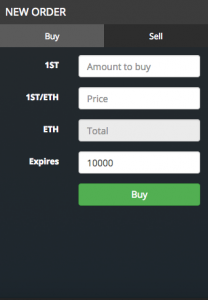 To start trading and buy/sell tokens one has to choose the token and perform a new order. EtherDelta has no instant trade execution, one has to wait transaction to be confirmed on the blockchain. Before that no one knows whether someone else took the order. Experienced traders claim that “multiple traders can compete for the same order, so your trades will frequently fail and you will lose gas”. 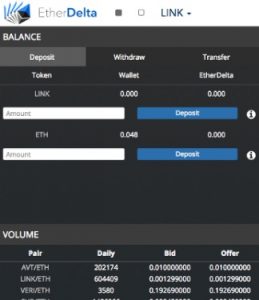 Anyway the result you check in Balance section. And – important! You have to withdraw the tokens from the EtherDelta wallet to your Ethereum wallet.

EtherMium is entitled by its founders as simply The best crypto exchange. And as for details – “First truly decentralized and Trustless Crypto Exchange”. This may be true because while founding it the faults of others were taken into account. EtherMium is the most advanced exchange and combines the benefits of centralized exchanges with none of the drawbacks as well as having lots of advantages: no registration and KYC; low fees; private & confidential.

As for GUI – EtherMium leaves the EtherDelta far behind itself.

It allows to create a new Ethereum based wallet in 1 click, deposit ETH and start trading. No fees on deposit and withdrawal, and low trading fees: 0.00% Maker / 0.20% Taker. With no need of name, email or any other personal data.

EtherMium has a state of art dashboard, very informative though not overloaded with needless information. As for functionality EtherMium offers advanced order matching mechanism on its smart contract, that allows users to sign the order ones. Then the users order will be matched with the best available orders on the order book and sent to the contract. (At EtherDelta user has to do this manually.)

One thing is a bit disturbing about EtherMium – MetaMask. MetaMask is an extension for accessing Ethereum enabled Dapps in ordinary browser. EtherMium goes in tandem with MetaMask. But they proudly declare that they “not only revolutionizing the way exchanges work, but it also offers a revolutionary affiliate program based on the trustless decentralized philosophy”.

MetaMask also lets the user create and manage their own identities, so when a Dapp wants to perform a transaction and write to the blockchain, the user gets a secure interface to review the transaction, before approving or rejecting it. And may be this tandem is truly revolutionizing crypto?

Nobody disputes that DEX are the future of crypto exchanges. It may be a matter of choice – what DEX one wants to use. A big step forward was made when MetaMask add-on appeared to transform any browser in blockchain browser. This plugin allows EtherMium to declare that it is the best crypto exchange now. But MetaMask can be used with EtherDelta too to perform it into more friendly and secure.

May be this is the reason that Ethereum founder Vitalik Buterin praised a model utilized by EtherDelta. He told: “I think the EtherDelta model for developers getting paid is underrated. I like EtherDelta precisely because it doesn’t requires setting up an account. Just visit the site with MetaMask on and start using it. Not slow at all.”

Vitalik is not the person whose opinion can be ignored.

But what about further development and mobile app? EtherMium team claims: “Our highly-anticipated mobile-native trading app is coming soon!”