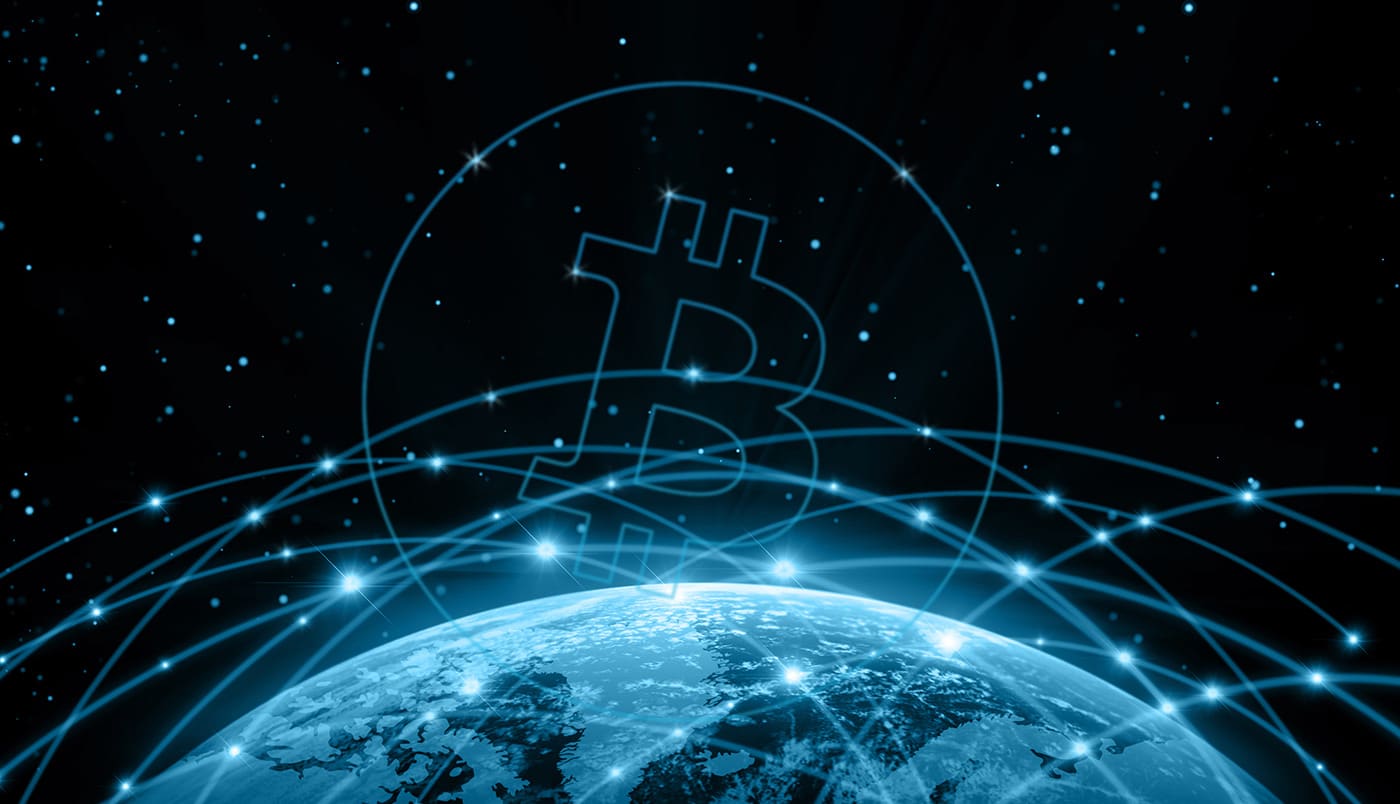 Our universe for 14 billion years has been waiting for the cryptocurrency. Is it to last only for 10 years?

Yes, this year, mankind celebrated two anniversaries: 10 years of bitcoin and 10 years since the largest economic crisis of the 21st century – the crisis of 2008. What is this, a coincidence? Well, if you believe in coincidences, it is better not to read further. For realists, let’s continue.

The previous “coincidence” fell on 1929-1939. Then the Great Depression happened, which came after Black Monday on October 28, 1929 (not to be confused with Black Friday). Total world GDP fell by a third, trade turnover – by 2/3. In the USA in 1932, GDP fell by 13.4%, and in total since 1929 – by 31%. But in two European countries, by a strange coincidence, the vector of change was exactly the opposite. In Germany, Hitler came to power, who was able to propose and implement an anti-crisis program at the expense of foreign investment and militarization. And in the USSR, Stalin conducted large-scale industrialization — the West willingly sold industrial equipment to Bolsheviks, because no one else needed it in a crisis.

In the developed economies themselves, the package of anti-crisis measures included measures to regulate the economy: an increase in employment, an increase in the money supply (the dollar was pegged to gold — the precious metal had to be confiscated from the population). But the Second World War became a real way out of the crisis. 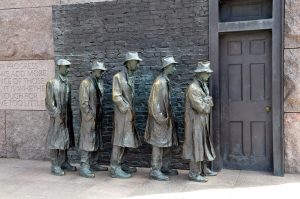 The affairs of bygone days were not so distant when the crisis of 2008 broke out. Again, no explanation, again “like a bolt from the blue” – fiat economists obviously forgot the lessons of 80-70 years ago. The crisis was named the Great Recession – like the younger brother of the Great Depression, began again in the United States and swept the whole world. The trigger was the crisis of mortgage loans and the rapid growth of financial engineering in the form of derivatives, secondary financial obligations. First, mortgage agencies, Fannie Mae and Freddie Mac collapsed, followed by Wall Street banks, “too big to go bankrupt” – Lehman Brothers, Bear Stearns, Merrill Lynch, Goldman Sachs, Morgan Stanley. Why couldn’t they go bankrupt? On the contrary, they had to collapse! For example, the equity capital of Lehman Brothers was only 3% relative to the value of its assets and liabilities. The bank managed assets that were 1,500 times higher than the bank’s own capital. Over 20 pre-crisis years, derivatives grew 400 times. Sooner or later, this flimsy design of fiat finance, standing on the crooked legs of greed and irresponsibility, should have collapsed. And what did the financiers do? Yes, the same things as during the Great Depression! The methods are absolutely identical – the redemption of government bonds, as well as the constant reduction of the Fed rate. But the main thing is the printing press! The dollar was no longer tied to gold, the Bretton Woods system disappeared somewhere in the 70s. Therefore, under the campaign, shamefully referred to as “quantitative easing” (QE), it was possible to print as much money as you have paper and inks. Quantitative easing took place in 3 stages, the latter was completed only in 2014. The amount of excess money issued by the Fed under QE was not explicitly announced. QE1 ended with the release of $ 1.7 trillion, QE2 – $ 600 billion, QE3 – “after accumulating $ 4.5 trillion in assets”. The economic recovery didn’t fool clever people. After all, it is known that “history knows no other examples of how to overcome global financial crises that are in the nature of capitalism – except war.” The toughest observers asserted: “With the continuation of the policy of quantitative easing, war is inevitable.” But this time we dodged a bullet. And even the forecast for the take-off of gold was not justified, though this, in fact, was bound to happen. What saved us? 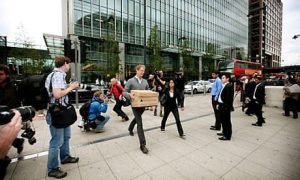 The reason is that the people, at least in the developed countries of the world, has done enough fighting. So the dark history of the emergence of bitcoin, perhaps, just hides the last desperate attempt by mankind to escape from the Third World War. Again, by a strange coincidence, it is appeared from nowhere Satoshi Nakamoto, who precisely in 2008 published a description of the protocol and the principle of operation of the payment system in the form of a peer-to-peer network. In 2009, the client code was published, and on January 3, 2009, the first block and the first 50 BTC were generated. The first transaction – January 12, the first exchange for fiat money – in September, at the rate of 10 BTC per cent (!). And, of course, the notorious two pizzas for 10K BTC were purchased in May 2010.

Great match! And gold did not takeoff, and inflation did not gallop away. Brilliant single man became the savior of the world? Excess cash flowed into crypto. By the beginning of 2017, cryptomarket absorbed almost a trillion extra money — in fact, a quarter of what was printed on QE by 2014. Satoshi Nakamoto did all of this — kind of Edward Snowden from finance. Now a valve for fiat money appeared in case of overheating. In addition to the traditional way out of crisis – world war.

And overheating is close! Although the American president with the pathos of a seasoned showman constantly declares that the American economy has never been in such good condition as now. Indeed, according to official data, the US GDP growth is 4.2% in the second quarter of 2018, the unemployment rate is as low as 3.7%, the inflation rate is low too – 2.7%, and the growth of the average hourly rate is 2.9%. This is all – remarkable performance, pointing to it, Trump said that he was not threatened with impeachment, despite all that he had already done in foreign and domestic policy. After all, the obvious economic growth is the result of the energetic actions of his administration, including fiscal stimulus, tax breaks and decrease in federal government spending. Trump also notes the strengthening of US stock markets. But analysts believe that this effect is short-lived, and for all the laws of the economy it will be followed by a collapse. Mark Zandi, Chief Economist Moody’s Analytics, states:

Another expert notes that, in addition to Trumponomics, there is reason to expect a new crisis – or a new wave of the 2008 crisis. Bank of America and Chase Manhattan Bank took on the functions of a collapsed Lehman Brothers, the system itself has not been reformed. Therefore, the likelihood of new kurtosis is very high. The cost of financial assets is still excessive, and this is what stimulates the formation of financial bubbles. “The dynamics of stock indices swelling may already cause problems in the coming year.”

At the same time, American debt obligations are the most important value in the global borrowing markets. Therefore, in the event of a recurrence of the crisis in the United States, the chain reaction in the global economy will not be long in coming. 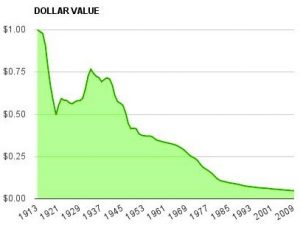 The world economy is rushing to a new collapse. But now we have bitcoin! Undoubtedly, this tool, which was a little late for the crisis of 2008 – will now be used to its fullest! Although – maybe in the aftermath of the crisis of 2008, it played its role. Now the cryptocurrency market may have to help the Big Brother – the fiat financial market – on large scale. Hard to imagine what a takeoff this promises to the crypto. Tothemoon? Tothemars!