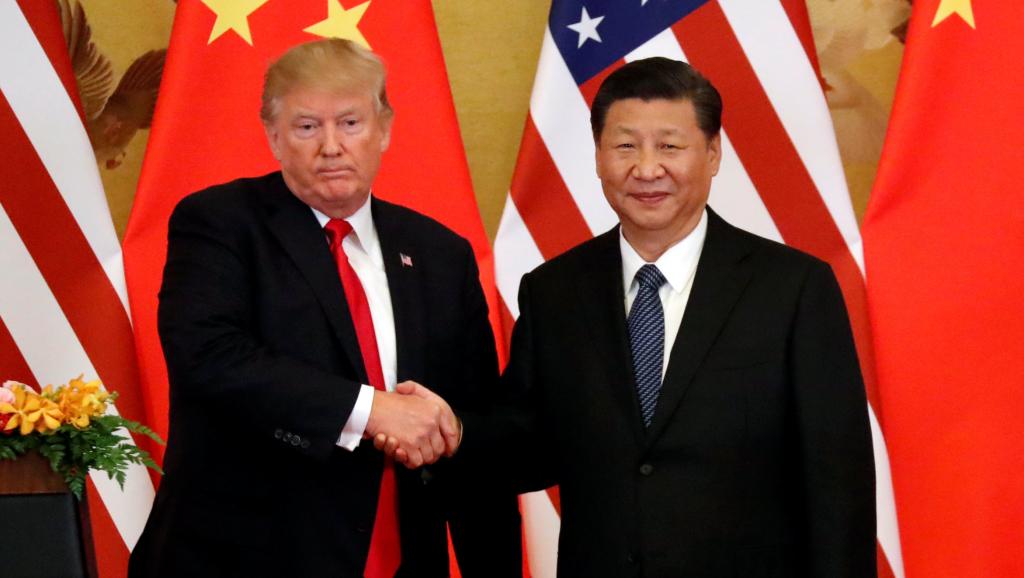 It was announced several times that the current pegged fall of crypto market is caused by “some forces”. Institutionals have opted for crypto and felled the market hard to enter on the cheap. But this does not help to answer the question – to what level will the market fall? When should we, private investors, come in to capitalize on this situation? The statement made a year ago that the market will fall by 90% of its level (that is, to $ 2K for bitcoin) – no longer looks fantastic. In principle, Wall Street traders have enough experience and money to achieve this result. However, they can be stopped by fundamental factors. As, in particular, by the apparent fierce economic war between the United States and China.

What war? It was noticed that at the G-20 Summit in Buenos Aires, Donald Trump and Xi Jinping buried the ax of war. Trump promised not to raise duties on Chinese goods from 10% to 25% from January 1, 2019. And Chairman Xi gave his word that China would increase imports of agricultural products from the United States. Everyone exhaled. Markets have responded positively. Well – not so fast! Huawei CFO Meng Wanzhou, the daughter of the company’s founder, was suddenly arrested in Canada, at the request of the United States. She is suspected of trying to circumvent American sanctions against Iran. More specifically, because of transactions through the Hong Kong bank HSBC, which was suspected of transferring funds to countries under US sanctions. This event has the character of a slap. After all, China has done a lot in order to translate relations with the United States into a constructive channel, diminished rhetoric and openly demonstrated a desire to negotiate. But it turned out – Trump just played with smiling Xi like with a child! With one hand, the American president shook the hand of the Chinese leader, and the other gave the go-ahead for the start of the anti-Chinese campaign. And even if Trump was used by those who actually make the game in the American administration how they saw fit, it doesn’t matter. The fact is obvious: China has been humiliated.

Furthermore, Japanese authorities have announced that they exclude products of both private Huawei Technologies Co., and public and ZTE Corp. – from government procurement. There is no doubt who initiated this decision. The US publicly claims to suspect Chinese telecommunications giants of spying. No need in explanation. More than once it has been proven that Apple is spying on its customers. So, nothing prevents to do the same to its direct competitors.China, of course, immediately protested. But it is obvious that the real answer is ahead.

And what about crypto?

The obvious kindling of a trade war does not seem to concern the crypto market. But it is. The world is on the verge of a new financial crisis. The American economy is overheated, and for this Trump and his entire administration works. All possibilities are used. A recent decision by OPEC to reduce oil production has helped the US also support the shale boom, as a result of which the USA has already turned from an importer into an exporter of hydrocarbons – for the first time since World War II. But this inadequate boom is already ending. All indicators are already identical to those that were before the 2008 crisis. The fundamental prerequisites of the crisis are ripe, so much so that all mainstream market analysts are ready for it. In fact, teasing China in such a situation is the same as to pull the sleeping tiger’s mustache or to snap a lighter while sitting on a barrel of gunpowder. Beijing is the largest creditor of the American economy. China accounts for almost 20 percent of US government debt owned by foreign holders. If China sells a significant portion of US treasuries, their value will fall, and yield will rise sharply. This will automatically increase the cost of borrowing for the United States and undermine economic growth. If the dollar falls, where will investors go? Of course, in crypto! Because for this, everyone is ready. Of course, the institutionalists would like to bring the market to the bottom. But even now they are ready to take cash.When and what to expect?It is known that the Chinese follow stratagem, have tremendous patience and endurance and act not under the influence of emotions. Let no one be deceived by Chairman Xi’s smiling face. This is a tough and pragmatic politician, otherwise he would not have been in the leadership of China since 2008, first as deputy and then as chairman of the PRC. And by the way, with the experience of crisis management. Now China may well follow the advice of Confucius: “If you sit for a long time and patiently on the river bank, then you can see how the corpse of your enemy floats along it.”Most likely, no response will now follow, until the New Year. Let’s don’t forget that Chinese have their own calendar. They do not celebrate the New Year with the whole world and do not experience the relaxing effect of a protracted holiday. On January 1, the Chinese will see how conscientiously Trump keeps his word. It is not excluded that new insults will accumulate – since US analysts have repeatedly noted that Chinese market is unbalanced – and this is a temptation. For its part, Chinese analysts will calculate the consequences and volume of interventions. And they will make a return salvo – throwing Treasuries to the market. The flight from the dollar in this case can in a matter of days bring the price of Bitcoin to those values that cryptanalysts have been talking about all year long – from $ 40K to $ 50K per corn. Market capitalization will reach the volume that our market deserves for a long time – more than a trillion dollars, with BTC Dominance about 50%. And most likely – very quickly will be restructured, with the return of Dominance to realistic values of 38-40% due to the rehabilitation of altcoins. All this will happen in the short interval between the New Year on the Christian calendar and the Chinese New Year, February 5.It will be, by the way – Year of the pig!

NB: We do not give financial advices!