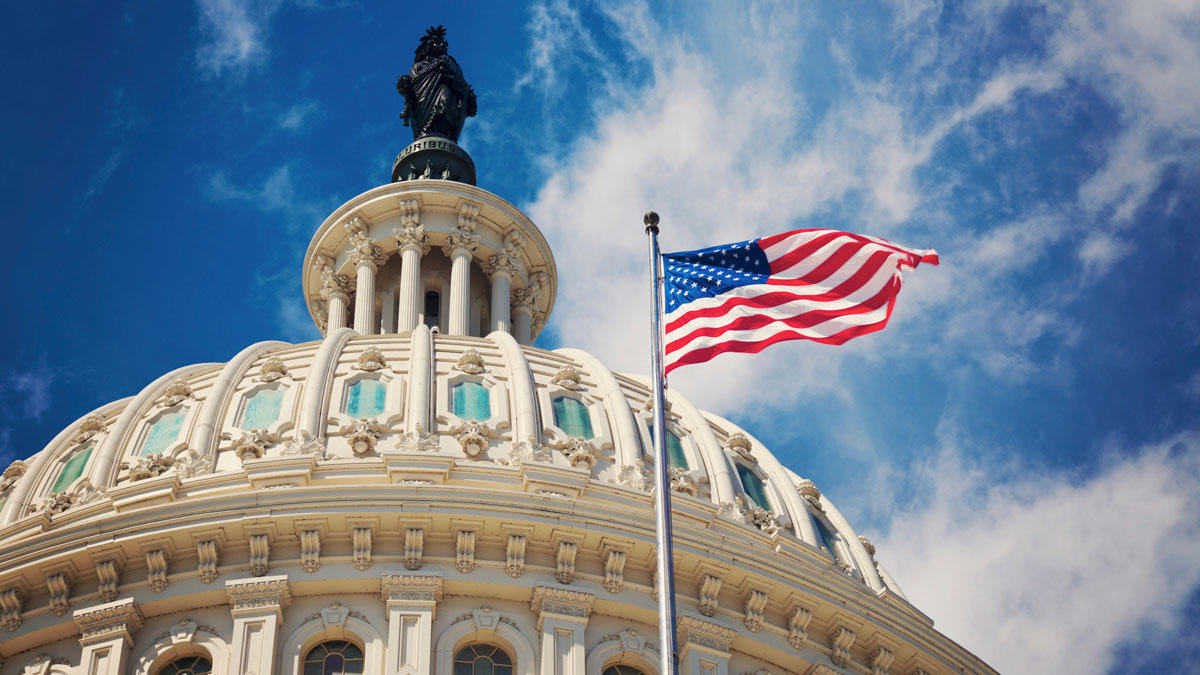 On Thursday, two congressmen introduced a bill that would exclude digital currencies from the decades-old definition of a security, CNBC reported.

The legal definition might seem like an insignificant change, but it has become a heated issue for those in the industry who say the law is outdated for a digital asset class.

The “Token Taxonomy Act” — a bipartisan effort by Reps. Warren Davidson and Darren Soto. — defines a “digital token” and clarifies that securities laws would not apply to cryptocurrencies once they become a fully functioning network.

“In the early days of the internet, Congress passed legislation that provided certainty and resisted the temptation to over-regulate the market. Our intent is to achieve a similar win for America’s economy and for American leadership in this innovative space,” – Davidson said.

A recurring complaint from cryptocurrency participants is the idea of applying a 72-year-old securities law to digital currencies. The Securities and Exchange Commission (SEC) uses the “Howey Test”, which comes from a 1946 U.S. Supreme Court decision to determine whether or not a cryptocurrency is a security.

The Supreme Court determined that any transactions that qualify as “investment contracts” are considered securities. According to the SEC, an investment contract exists if “a person invests his money in a common enterprise and is led to expect profits solely from the efforts of the promoter or a third party.”

Experts say those standards should be more nuanced for digital assets.

“These decentralized networks don’t fit neatly within the existing regulatory structure,” – said Kristin Smith, head of the Blockchain Association, the first group in Washington to lobby for the technology behind bitcoin. – “This is a step forward in finding the right way to regulate them.”

Jay Clayton, SEC Chairman, has made it clear he does not intend to update those standards to cater to crypto. The agency still treats all initial coin offerings (ICOs) as securities. The only two exceptions are Bitcoin and Ether, which are regulated as commodities by the Commodities Futures Trade Commission (CFTC).

According to William Hinman, head of the Division of Corporation Finance at the SEC, Bitcoin and Ether are not securities because they are decentralized – meaning there is no central party whose efforts are a key determining factor in the enterprise. ICOs he said are securities because of the expectation of a return by a third party.

The bill introduced by Davidson and Soto looks to amend the Securities Act of 1933 and the Securities Exchange Act of 1934, which established the current structure for what a security is, by adding a new definition for “digital tokens.”

Smith said this bill does not mean that these digital tokens will go unregulated. If the bill passes, they will instead likely fall under the purview of the Federal Trade Commission or the CFTC.

The bill was months in the making, and was largely a result of a roundtable hosted by Davidson in September. More than 50 industry participants including experts from Fidelity, Nasdaq, State Street, Andreessen Horowitz and the U.S. Chamber of Commerce gathered on Capitol Hill to discuss regulatory shortcomings.

At the Washington roundtable, advocates claimed that until regulation is crystal clear and updated for the modern digital asset class, the crypto industry can’t flourish or mature. If regulators don’t keep up, founders warned that innovation in these emerging markets will flee overseas.

Friday is likely the last day Congress is in session and the Thursday’s bill will need to be reintroduced next year, when Democrats are in control of the House.

Earlier this month, Congressman Darren Soto (Florida) along with Ted Budd (North Carolina) introduced two pieces of legislation to help prevent virtual currency price manipulation and position the United States to be a leader in the cryptocurrency industry.