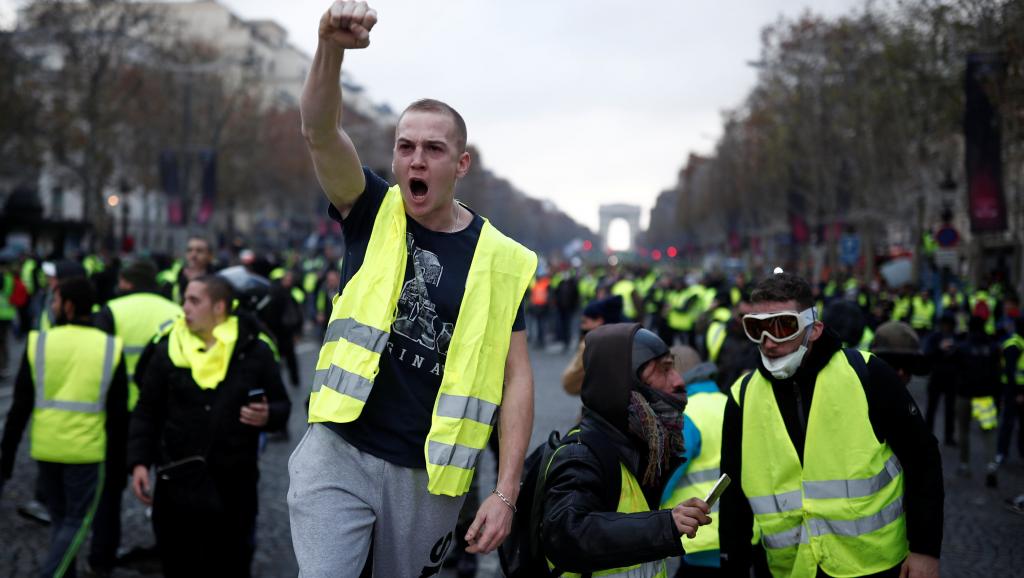 Volatility, which has come to replace the cryptо long-term flat, has already ceased to irritate community. We are used to it. Somewhere behind the scenes are read the actions of traders who provoke market instability in order to play on the difference in rates. Let’s say, Ethereum showed almost 2x in the last 10 days – easy money!

Traders have been playing like this for 100 years. But here a new reality can happen right away at the beginning of 2019 – a flash mob for the Corn collapse! And this is not a joke.

The wood for the trees

As we have already written, more than once – crypto seems to have very good prospects for 2019. Fiat analysts foreshadow the world crisis, all right! Like, what happened in 2008, will seem childlike fun. In this case, huge cash flows can spill into crypto. And the prophecies of some crypto gurus like McAfee about the price of a bitcoin of $ 100K in this case may well be justified. To this are added other optimistic fundamental factors. Very impressive. According to the data from site Clovr.com (https://www.clovr.com/page/sending-money-back-home), obtained as a result of a survey of 707 people, more than 15% prefer to send money from the United States abroad in the form of cryptocurrency.

Moreover, over 85% of respondents consider crypto as the most appropriate way to withdraw funds abroad.

And no less inspiring are the data on the awareness of cryptocurrency and blockchain. But mostly immigrants were interviewed!

But also some negative signs begin to show. Oil prices unexpectedly collapsed to $ 50. It is said that the Fed is to blame, for raising the federal funds rate by 25 basis points – to 2.25-2.50% per annum. That is, the OPEC + agreement has no effect. But it should! The agreement was concluded on December 7 for half a year with a possible revision in April. Oil-producing countries made sacrifices, reducing production by 3%. The total decline in oil production is 1.2 million barrels per day. Did not help. But at the same time trying to bounce indexes S & P 500, NASDAQ and Dow Jones.

Their sharp fall previously some experts explain by intention of Trump to remove from the post of Fed Chairman Jerome Powell and Finance Minister Stephen Mnuchin. Trump specifically made a statement of confidence in Mnuchin and Powell. Perhaps it worked.

And then what? Is the rise of crypto delayed? Or even canceled? It’s too early to talk about this. But an attempt to crash the crypto market is already here.

Inspired by the success of the Yellow Vests movement (Mouvement des gilets jaunes), which for a month managed to paralyze the government in France, some anonymous forces are going to repeat this experience in crypto. In Reddit, an unknown author appealed to the Bitcoin holders and suggested that on January 3, 2019, produce a mass withdrawal of crypto assets from all crypto exchanges. The operation is dressed in “anniversary flash mob” clothes. January 3 performs 10 years from the date of the creation of the genesis-block in the Bitcoin network. Supposedly good goals – both the date to celebrate and scam exchanges to reveal. This reminiscent Yellow vests. There, in order to put President Macron on the ears, it turned out to be enough to bring to the streets only about 30 thousand “gilets jaunes” (yellow vests). Gaining the same critical mass in crypto community is generally nothing. Where it leads? Well, it is not difficult to guess. Mass output of the Corn means its collapse. Perhaps down to the mystical $ 2,000 per BTC, that everyone is waiting for as the bottom. Some scam exchanges can probably be brought to light. But at what cost! The same as burn banknotes to warm. And there is nowhere to wait for salvation. Macron got help from gendarmes and the army. Crypto is a free community. There is only hope that it is smart community too.