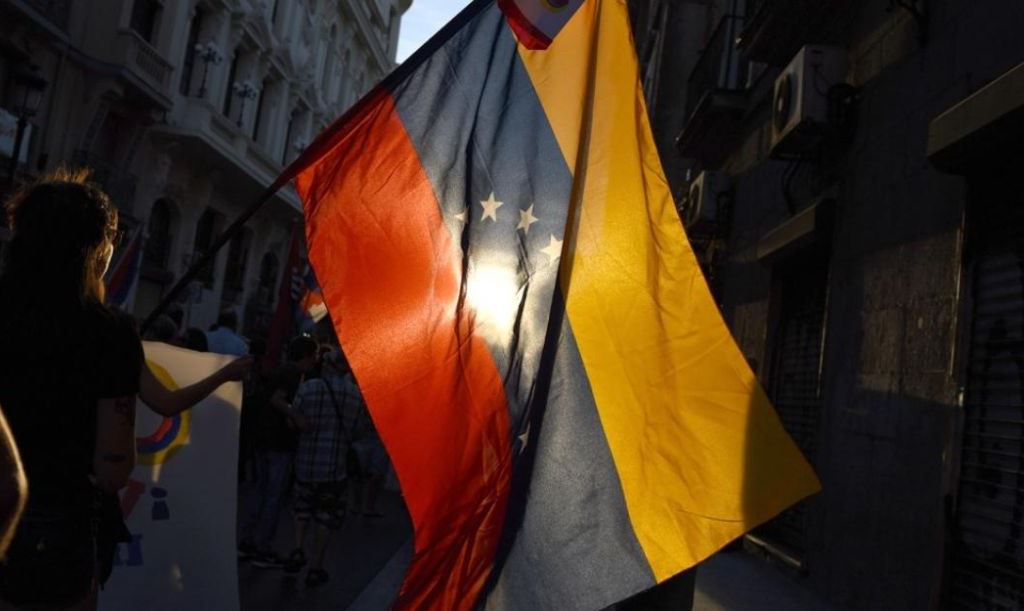 Hot in the Latin American tradition, the revolution in Venezuela for some reason does not bother the markets at all. But Venezuela is the oil, and the cryptocurrency of El Petro, and Nicolas Maduro, the heir to the dictator Chávez, and the hope of word democracy Juan Guaido. Almost all Latin America is on his side, except Bolivia and Uruguay. Not to mention the countries of the developed West. But markets sluggishly fluctuate up and down. What’s the matter?

Oil is not everything

Oil is really not all. Venezuela ranks first in the world in explored oil reserves. But this did not make it’s people rich and happy, as, for example, it was in Libya (9th place) under Gaddafi. 20% of the working-age population (3 million) has already fled the country in search of a better life.

By the way, this explains why developed countries do not support the existing regime – who needs migrants?

At the same time, the most developed country in South America, Brazil is not even in the top ten in oil reserves. But, truth, you can’t call it poor in resources – the 15th place in the world in oil. Nicolas Maduro is elected for the second time as the president of Venezuela. Brazil’s newly elected president is Jair Bolsonaro. By the way, his debut in the international arena took place recently in Davos, Switzerland. His performance unexpectedly turned out to be the most significant at WEF 2019. Just because the leaders of leading countries ignored Davos. For Bolsonaro, it was an international debut, and he tried to please everyone. But promises of benefits and privileges for investors no longer deceive anyone and do not attract. Latin American passion can hardly resurrect the spirit of globalization. Moreover, the pro-American Bolsonaro already has the glory of the Brazilian Trump. He also likes Twitter and calls for making his country “great again”.

But Latin America itself cannot but be of interest to world leaders. It was not by chance that in the days of Davos in Venezuela, a serious struggle for power broke out according to the tested Ukrainian scenario. Indeed, why invent something new if this scenario also works well?

What forces are behind the coup attempt initiated by Juan Guaido? No guessing. Being pretty angry at the authorities after his family suffered a flood in 1999, the 35-year-old engineer studied at George Washington University in the USA. It is even surprising that the States did not choose a less odious figure to be the overthrow of the dictator Maduro. This is also evidence of a certain contemptuous indifference of the Trump administration to everything that happens outside of America. But support in the form of “humanitarian aid” is provided to Guaido. In addition, at the direction of Mike Pompeo and John Bolton, as reported by Bloomberg, the Bank of England decided not to return $ 1.2 billion gold bars to Nicholas Maduro.

Everybody notes the analogies of the events in Venezuela with what happened in Ukraine in 2014. “Maduro skedaddles to Rostov!” – faked info is shared through social media. In memory of the fact that the legally elected President of Ukraine Viktor Yanukovich in 2014 really resigned and fled, saving his life, to Russian Rostov. But the experience of Ukraine has already been taken into account by all parties. And besides, Maduro, with all the inability to solve problems and “moral bankruptcy”, did the main thing – he drew the army to his side. For Latin America, this is almost everything.

Export of military exercises from Asia to America

Only a very naive observer can assume that the crisis in Venezuela is the result of a struggle for the power of two internal forces. Venezuela is becoming a new platformfor struggle between two long-standing global rivals – the United States and Russia. The history of their confrontation is very old. These are Korea, Vietnam, Afghanistan, the Middle East – all in Asia. Russia lost without a fight the European theater of operations. In Africa, the collision was almost virtual at all. But near the borders of America, opposition was serious. The Caribbean crisis of 1962 put civilization on the brink of destruction. It was succeeded to resolve it thanks to restraint of then leaders. They were equal in strength and temperament – John Kennedy and Nikita Khrushchev. And yet, after more or less decent resolution of the confrontation, Cuba for decades remained a thorn in the sensitive part for the United States. And the current leader of the United States is clearly inferior to Putin in all respects.

Why does Russia support Maduro by all means, including the military? Firstly, because it is simply tired of losing its position in the world. And to insert a hairpin to Washington right in its underbelly is a very good move. Secondly, cartoons with new types of weapons – this is not an argument in international fights. But their demonstration in front of an opponent – this is an argument. And finally, Russia has legal grounds to protect its investments in Venezuela. To maintain the current government is the only way for Russia to get back its $ 17 billion loan, which expires in March. At least partially. And if the confrontation escalates, Russia will be pleased to continue selling arms to Venezuela. Maduro has at his disposal excellent, but outdated Russian weapons, including the S-300 air defense missile system, SU-30 aircraft and T-72 tanks. It’s only fitting to update them. In addition, Russia is interested in protecting its investment in the oil complex. In general, it is possible that Venezuela will become a new field for continuing the stubborn confrontation of global leaders. And Russia is unlikely to miss its chance, whatever the UN would decide there.

But what about El Petro?

Yes, nothing. Maduro’s favorite toy, El Petro’s oil stablecoin, has not start its own life, amid the falling cryptocurrency market. And did not become an alternative to the Bolivar, the depreciation of which is already estimated at millions of percent.

By the way, Maduro’s decision to pay salaries to civil servants in cryptocurrency, perhaps, just weakened his support inside the country. By the way – the first salary in the crypto should have been paid on January 15th. And Guaido appointed himself president on January 11, the day after Maduro’s inauguration.