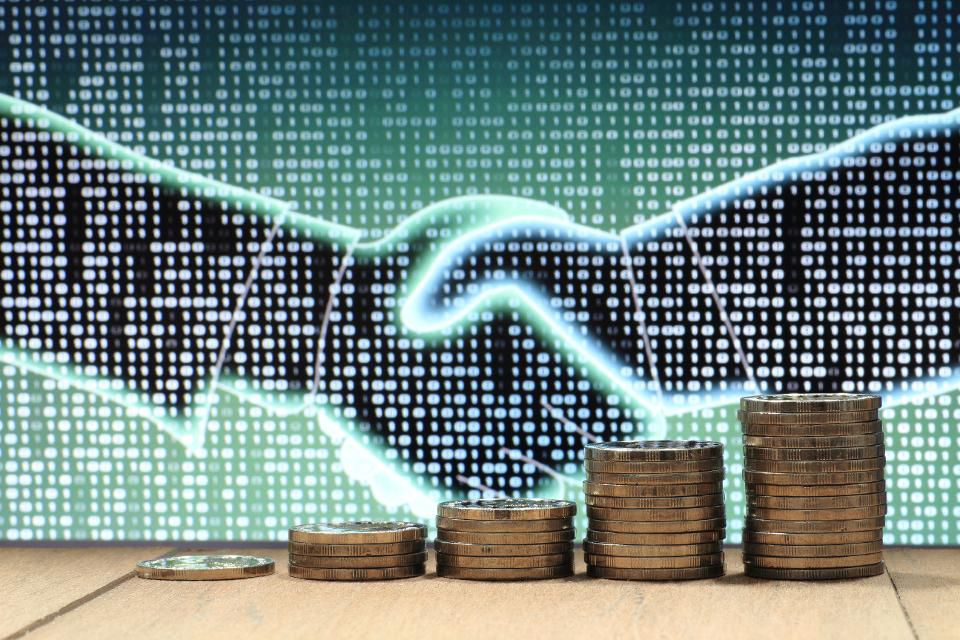 Having entered the TOP-10 coins, TRON has aroused among community a growing interest to entertainment. This interest is logical, because TRON as a tank, or as World of Tanks, rushing ahead for several weeks. Perhaps it is gaming industry as one of the growth points of the crypto market now. Along with with the stablecoins led by Tether and with the finances that Ripple captured.

A simple and understandable explanation for investors from the category “How did I not realize it before?” Well, indeed, the recipe for political and economic success was invented two thousand years ago – “Bread and circuses”! Finances are the bread, where Ripple and the budding Stellar are firmly established. But on the part of the circuses, we have missed something. Probably, amid the depressing fall in the market, there was no time for entertainment. And in vain! People didn’t care! Meal’n’Real! Entertainment remained in favor with people. Therefore, when the TRON took off, the community began to twitch. Discussions started: pump – not pump, buy – don’t buy? Well, how to buy it, if for a year the price of the token has dropped 10 times? And how not to buy it, if it has grown 2.5 times since the end of November 2018? And capitalization more than doubled.

At the same time, everyone already has the painful memories of the past year, when entertainment blockchain projects were mushrooming. And each promised a revolution in the entertainment industry and the fabulous growth of the token. Due to what? Due to the fact that the authors of the content will receive with them a fair reward, and not lose from 30 to 75% of their income, as is the case with existing platforms. What happened to these revolutionary projects – we all know. But not with all. Therefore, the new entertainment ICOs appeared again. They promise participants that they will finally end the YouTube monopoly. Monopolist’s fabulous incomes excite the minds and push teams to look for happiness . Welcome, investor!

The concept of industry development has not yet been settled. And the most important question is still hanging in the air. Whether the blockchain should be universal or specialization important for success? It would seem that Ripple proved that specialization guarantees success. But with entertainment content it does not work. We would like to introduce the TOP-5 leading gaming and entertainment platforms. But in this case there is a risk of becoming like self-titled crypto-analysts and blockchain influensers who, as it were, objectively shill iron-promising projects as disinterested. And projects in a few weeks dissolve into space without a trace. In fact, in the promising area of entertainment today they rule three universal platforms – Ether, EOS and TRON. Although the latter is positioned as specialized, but at any moment everything can change, due to flexibility of CEO Justin Sun. See dynamics of market share according to Diar.co.

There is no point in talking about Ethereum. The network that created the standard – that says it all. With EOS, the situation is completely different. Claimed as the killer of Ethereum it is the brainchild of Dan Larimer, famous for Bitshares and Steemit . Dan as the undoubted authority in crypto – promised that in his third project he would certainly reach unprecedented heights. And he conquered at least one height: EOS ICO became the record with more than $ 4 billion. Tokensale lasted almost a year, from June 26, 2017 to June 1, 2018. Before launching the mainnet, the token increased 4 times. Larimer tried to meet expectations. According to his statement, EOS combines well-known blockchain solutions and proprietary technologies of block.one to create a functional DApps platform:

“We create blockchain-based architecture, potentially scalable to millions of transactions per second, with no fees, with quick and simple implementation of decentralized applications.”

As for millions TPS – this is still in the plans. But the speed of the platform was noted by all. At the same time community fear that the team, swimming in money, may simply drop it. And the project will stop, as it became with previous projects of Larimer.

Cunning Justin Sun knew in what market he was going to get rich and to enrich investors. From Tron Whitepaper: – TRON is a world-leading blockchain-based decentralized protocol that aims to construct a worldwide free content entertainment system with the blockchain and distributed storage technology. The protocol allows each user to freely publish, store and own data. But only in October last year, the first game on the platform was presented. Now they are launching regularly. And it is exactly from the moment of the games launch that the coin has been growing steadily. Weiss Ratings Agency notes the popularity of TRON, as well as the fact that the TRX / USD trading pair looks the most optimistic of the TOP-10:

– We might give TRON a hard time every now and then, but give credit where credit is due: The TRX/USD pair is the most bullish looking chart of any top 10 project right now. The popularity of this project cannot be denied.

Weiss Ratings criticized the TRON initiatives. In this sense, it is commented on the decision to join the team a former SEC official – to prove that TRON is not a scam:

– Tron hired a former SEC official to prove that crypto is not a scam. They suffered from the news that they had plagiarized code from Ethereum and other projects changing the file names to hide source code. Tron’s way to solve issues is to throw money at it.

Experts consider buying BitTorrent as the most powerful PR campaign. It is argued that this is exactly PR, and not the development of the project. Like, the times of the torrents are over, acquisition will not of use for the project. The reference that simultaneously TRON acquired a huge base – also looks unconvincing. But at the same time the BitTorrent tokensale was superb: instead of 6 days from January 28 to February 3 it ended in one day. BTT Token has already shown 4x.

The fight for the entertainment segment is serious. Here, all means are good. And it seems that TRON wins it. In any case, Justin Sun managed to create such an impression. How long will it last? While TRON is rising due to hype and promises. All new influential partners willingly cooperate with it, including the leading companies from the NASDAQ list. It provides a growing customer base to developers. But will there be progress in the technical development of TRON? So far, it has been announced that there are 150 DApps, 300 smart contracts, 7 DEX, 1.5 M accounts and 2.1 M transactions per day in the network. What if the TRON technical solution is just a clone of the old Ether? And how will TRON compete with Ether after hardfork? And with EOS? Which is definitely not plagiarism and is evolving.