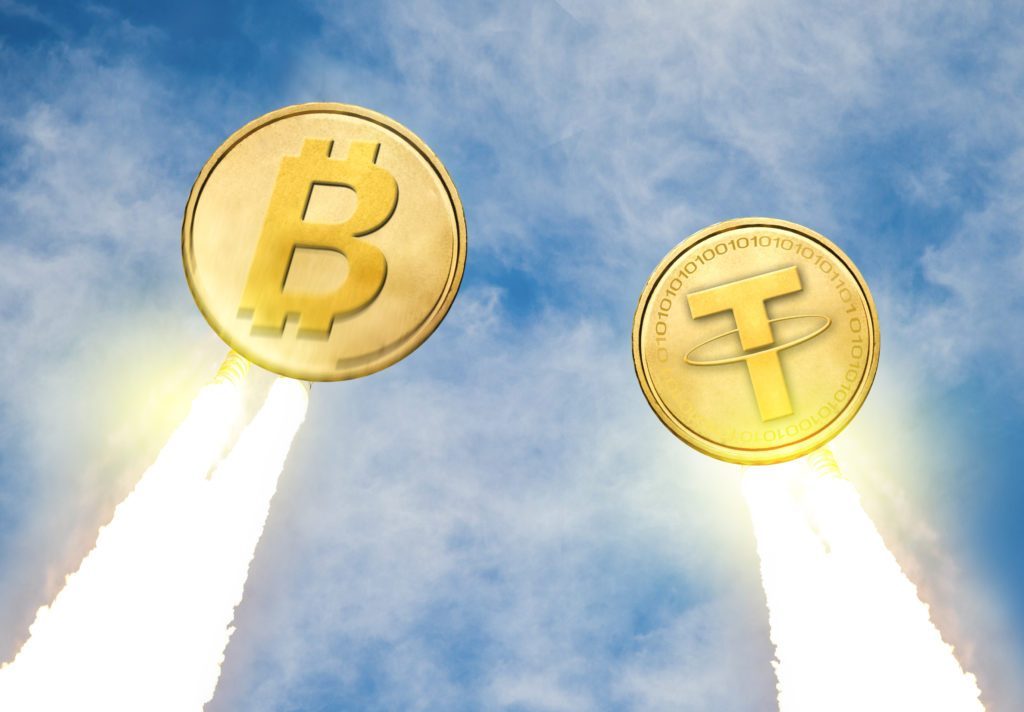 The participants of cryptomarket with lack of stability are turning to stablecoins increasingly. Restless Justin Sun, CEO of TRON, decided to conduct partnership with leading stablecoin Tether.

It is this kind of merger formula that can be proposed based on the current market situation. TRX is on the 10th place by capitalization, Tether – on the 7th. And TRON will become the third blockchain for stablelocoin, after Bitcoin and Ether. Although after the partnership, it is most likely that the market position of both coins will change for the better.

USDT on TRON standard (TRC-20) will be launched in the second quarter. Stablecoin will therefore support the TRON platform and all apps on it. The same Tether on the ERC-20 standard supports all applications on the Ethereum, as it is easy to guess.

But the question is – does it supports? Tether Limited did not pass the audit to confirm the availability of funds in USD to ensure the total volume of issued tokens. There was only indirect confirmation of this “creditworthiness”. For a while, Tether even experienced banking problems. Now it is serviced by a little-known bank from the Bahamas Deltec Bank.

Restless Justin Sun, out of habit, tried to get everything possible from the news about the partnership. There are not only statements about an important step towards financial decentralization. The head of the Tron Foundation also addressed the institutionalists once again – Are you worrying about your big money because of the volatility? Would you like a stablecoin? Here’s a stablecoin! Welcome!

And he has achieved a good result. With the news, as it should be, the TRX rate has risen, and quite a lot, from 0.0211 to 0.023 (almost 10%). Perhaps this is the whole partnership potential for TRON. Although Justin Sun, of course, will repeat the verbal intervention after the launch of USDT on TRON blockchain. And, perhaps, will get another 10%.

Looks like it is time for Buterin to start worrying. The TRON platform is becoming more and more like Ethereum and is likely to take over some market share from it – this is already obvious.