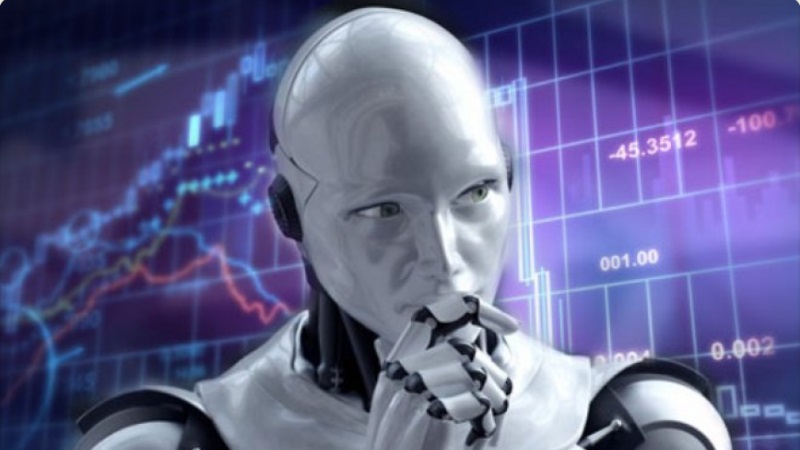 Analysts, serious and not very serious – savor with pleasure the topic of an unexpected Corn rate jump. More than dozens of versions have been accumulated already. The most realistic is to recognize the opinion that something happened that we will never know. But practicing to solve this charade is in itself a useful activity. The next version, and far from devoid of meaning – algorithmic trading.

Such an explanation for the inexplicable rally suggested the highest authority on finance – Bloomberg. In the fiat sphere, algorithmic trading is performed by special software that makes standard transactions using its own algorithms. In crypto this approach is obviously also justified. And it is applied, but not by private investors, of course. According to Crypto Fund Research, since the end of 2018, at least 17 foundations on the cryptomarket have been using algorithmic trading. The volume of transactions of this kind comes to 40% of transactions of crypto hedge funds. At the same time, hedge funds suffered losses (estimated more than 70%), and algorithmic funds remained in profit – up to 10% per month. Founder and CEO of BCB Group Oliver von Landsberg-Sadie bluntly stated that the jump on April 2 is the result of the robot’s activity on three exchanges Bitstamp, Coinbase and Kraken. They bought bitcoin for $ 100M.

Bloomberg also cites columnist Aaron Brown: “Algorithmic trading is much easier on the cryptocurrency market than on traditional markets!”

Meanwhile, there is an opinion, supported by a number of experts from both the fiat and crypto market, that the use of robots threatens large-scale market manipulation. On the eve of the Corn growth, the number of unconfirmed transactions grew rapidly (we wrote about this: https://coinstelegram.com/2019/04/01/whales-are-testing-blockchain/). Now this number has fallen sharply.

This may mean a drop in the price of the Corn – also sharp. But how then to deal with the statement of an analyst from Wall Street and the co-founder of well-known company Fundstrat Global Advisors? Tom Lee stated that Bitcoin just rises to its real values, as it was greatly undervalued. Its real price for today is $ 14K.

We are pleased that none of the experts have yet proposed the darkest version of the bitcoin jump: Dead cat bounce. This technical analysis pattern looks like this:

And if to look that way?