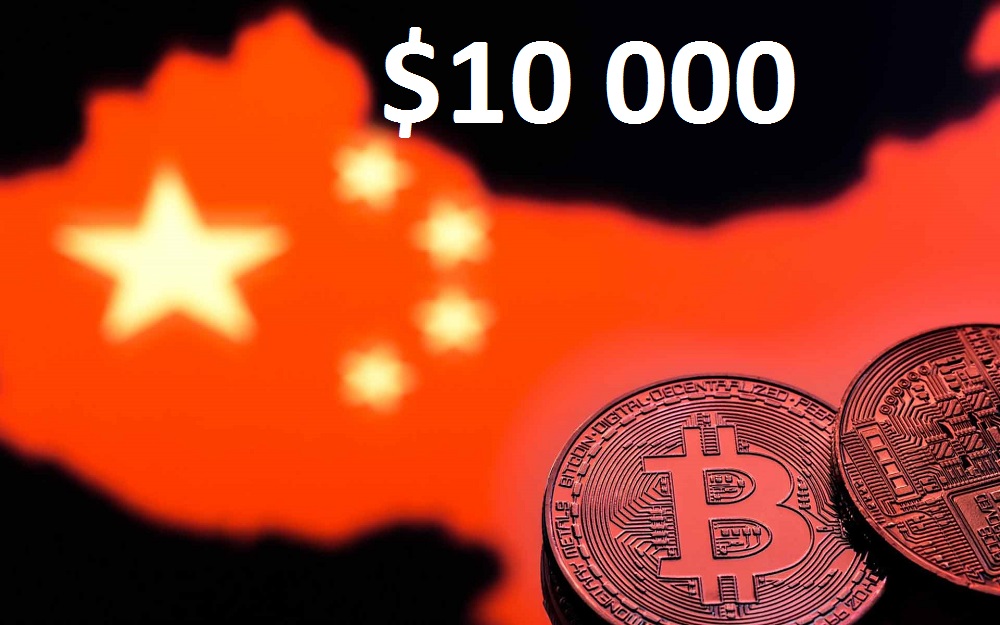 The trade war between the United States and China comes with varying success. Now telecommunications giant Huawei has become a bargaining chip. But now, and earlier, every salvo in this war straight falls into the US stock market. Quotes get red, and investors are running into crypto – this opinion is expressed by crypto optimists.

Technical analysts are even more optimistic. Although with great reservations. Analysts say: “The Corn twists like a snake, for 2 weeks we saw 5 highs and 2 distinct lows. As a rule, in such cases, the price jumps out of this wedge up or down”.

In the history of Bitcoin, experts note several such periods in a bear market. But now is not a bear, is it? Hence the conclusion: if the Corn breaks through the support level of $ 8,400, then the next goal is a five-digit price. That is $ 10,000.

A casualty of war

Beautiful charts of technical analysis is always encouraging. Particularly pleasing their historical juxtaposition and a prospect of $ 10 K. But fundamental factors can be much more convincing. The US trade war with China, which is dropping fiat markets and forcing investors to enter crypto, is perhaps a temporary factor. Although it can not be underestimated.

TV presenter Max Keiser reminds that China can simply sell $ 1.1 trillion US treasuries – and markets will fall down: «China could dump $ 1.1 trillion dollars for retaliation against US tariffs». Cryptocurrency takes on the role of a hedging tool in conditions of instability. Bravo! Crypto becomes a safe haven for fiat! Congratulations.

Let’s go to the cinema! For bitcoins

However, further steps to adapt crypto provide more substantial hope. This is serious and for a long time. The American telecommunications giant AT & T now accept payments in Bitcoins. Users can pay via the BitPay platform, which allows other service providers and merchants to accept Bitcoin. Kevin McDorman, vice president of AT & T, stated:

– We’re always looking for ways to improve and expand our services. We have customers who use cryptocurrency, and we are happy we can offer them a way to pay their bills with the method they prefer.

What to say, when such a giant adapts crypto – this is not candles and technical analysis curves! For 5 years, AT & T has invested more than $ 140 billion in the American economy – more than any other US public company. According to Statista, AT & T is the second wireless service provider with a market share of 34% (in the third quarter of 2018). 400 M people in the United States and Mexico use the AT & T 4G LTE network. The number of employees is 260 M in 200 countries where the company provides voice services. In addition, AT & T bought WarnerMedia in 2018, with its HBO, CNN, TBS and Warner Bros. So, perhaps, in the near future, bitcoins will rush into the entertainment industry.