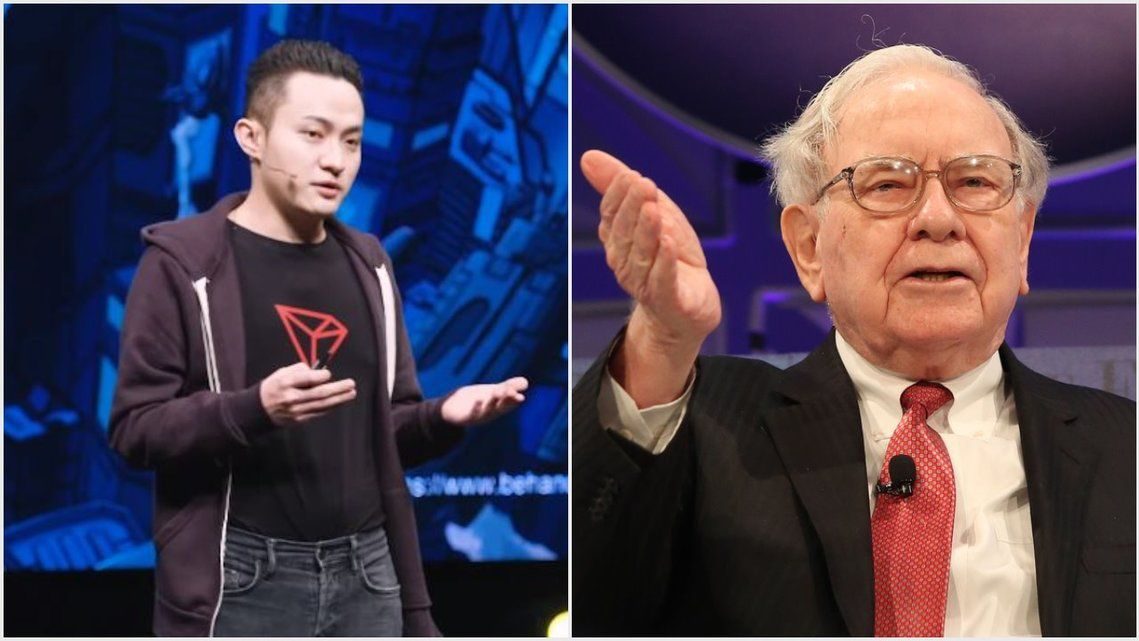 CEO Tron and BitTorrent Justin Sun unexpectedly fell ill for 2 days before the lunch with Warren Buffett, 88. Lunch is not canceled, because $ 4.56 M was paid for it.

When Sun paid a record amount in early June to spend 3 hours in the company of the Oracle of Omaha, as Buffett’s is named, he immediately declared that he did it not only in the interests of the homeless people of San Francisco, in whose favor an annual charity lunch is held. The main goal of the young millionaire is to try to make Buffett to change his attitude to cryptocurrencies. Buffett is a fierce opponent of crypto, he calls it “rat poison squared.” Not surprisingly, Buffett himself made a fortune by investing in completely different businesses. For the first time he tried to earn on the stock exchange when he was 11. The bulk of its capital is the stake in the Berkshire Hathaway textile company. He was also interested in insurance, railways, pharmaceuticals. For the first time he invested in IT at the age of 80, having bought IBM shares, which he quickly tried to get rid of.

Today, Buffett is the third richest person in the world and indisputable authority among investors. At least his nicknames speak of this: Wizard of Omaha, Oracle of Omaha. His sharp rejection of crypto significantly damages the community, in this Justin Sun is right. But at the same time he slyly announced that, he says, one could not cope with such a giant, and offered seven more crypto-businessmen to join the lunch. Probably, the money burden could also be divided into eight. Evil tongues rushed to announce that Sun’s unexpected illness is just the result of the fact that he did not find these seven, he found only four. Among them:

Buterin rejected the proposal. CZ, Binance, mockingly refused too. 88-year-old Buffett understand the hardships of a sick 29-year-old businessman, a protégé of Jack Ma and postponed the lunch. Obviously, the Oracle from Omaha does not mind being enlightened on the part of crypto.

Kidney stones, nephrolithiasis – a disease that Justin Sun refers to, mostly affects men (65–80%), most often between the ages of 30–40 years. And in the US, the mortality from this disease is zero and the number of sufferers is declining. And in Southeast Asia, the trend is upward and mortality is 3 people in a million. Perhaps, in the course of his recovery, Justin Sun will still be able to find three more colleagues who will help him accomplish an important mission – to turn, switch over Warren Buffett. Or at least reduce the degree of his hostility towards crypto. It would benefit the market. Yes, and Justin Sun business, too: the news about the lunch postponing caused TRON (TRX) fall by 11%.

In the photo: This is what a kidney stone may look like (next to an emerald).