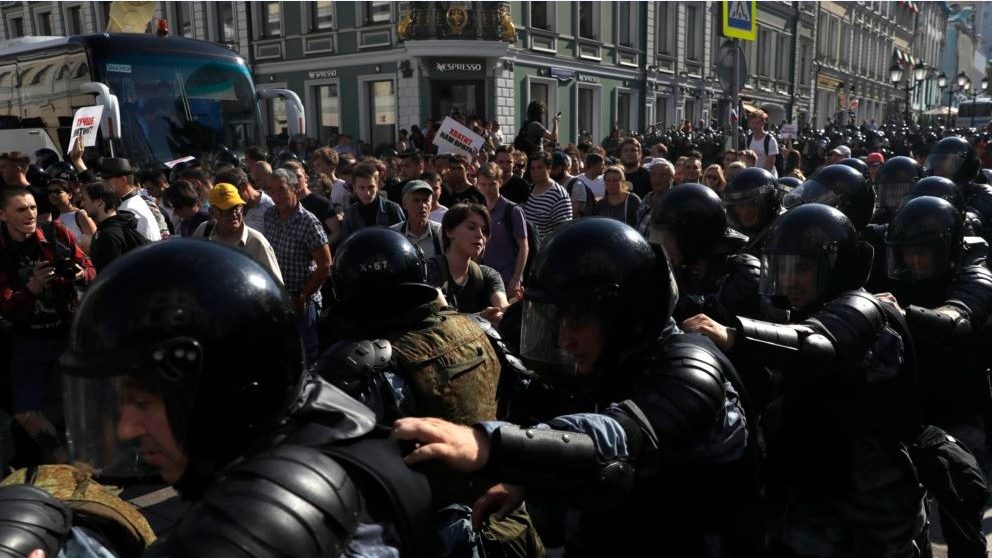 In connection with the mass protests in Moscow due to the opposition not allowed to take part in municipal parliament of Moscow election (Moscow City Duma), the Investigative Committee of Russia opened a criminal case on money laundering by the Anti-Corruption Fund (FBK) of Alexei Navalny, the most famous of opposition politicians. According to the investigation, over 2 years, from 2016 to 2018, the Fund received donations worth more than a billion rubles (about $ 15.3 million). According to investigators, these funds were obtained by criminal means. And they were transferred to the accounts of the Fund’s employees both through Cash-In ATMs and from bitcoin wallets.

Alexey Navalny nominated himself for the Russian presidential election in 2018, but was not allowed due to a criminal record. The funds received were used to finance the regional election headquarters of Navalny.

Now mass protests are provoked by the fact that the election commission for elections to the Moscow City Duma did not allow to the elections several independent candidates related to the Fund.

The use of Bitcoin for the transfer of funds “obtained by criminal means” is mentioned in passing, unaccented. Apparently, the authorities are simply trying to kill two birds with one stone: to reject the opposition and to discredit cryptocurrencies. The status of cryptocurrencies in Russia has not yet been determined. From time to time, Russian authorities and legislators make mutually exclusive statements: from a complete ban and criminal liability for cryptocurrency transactions to the complete allowance of crypto operations. The situation is complicated by the fact that under the conditions of sanctions, the Russian authorities would not want to completely close such a payment channel as cryptocurrency transactions.

Judging by the fact that the Moscow protests and actions of the Russian investigative authorities did not negatively affect the price of bitcoin – Russia still means a little to the cryptocurrency market.