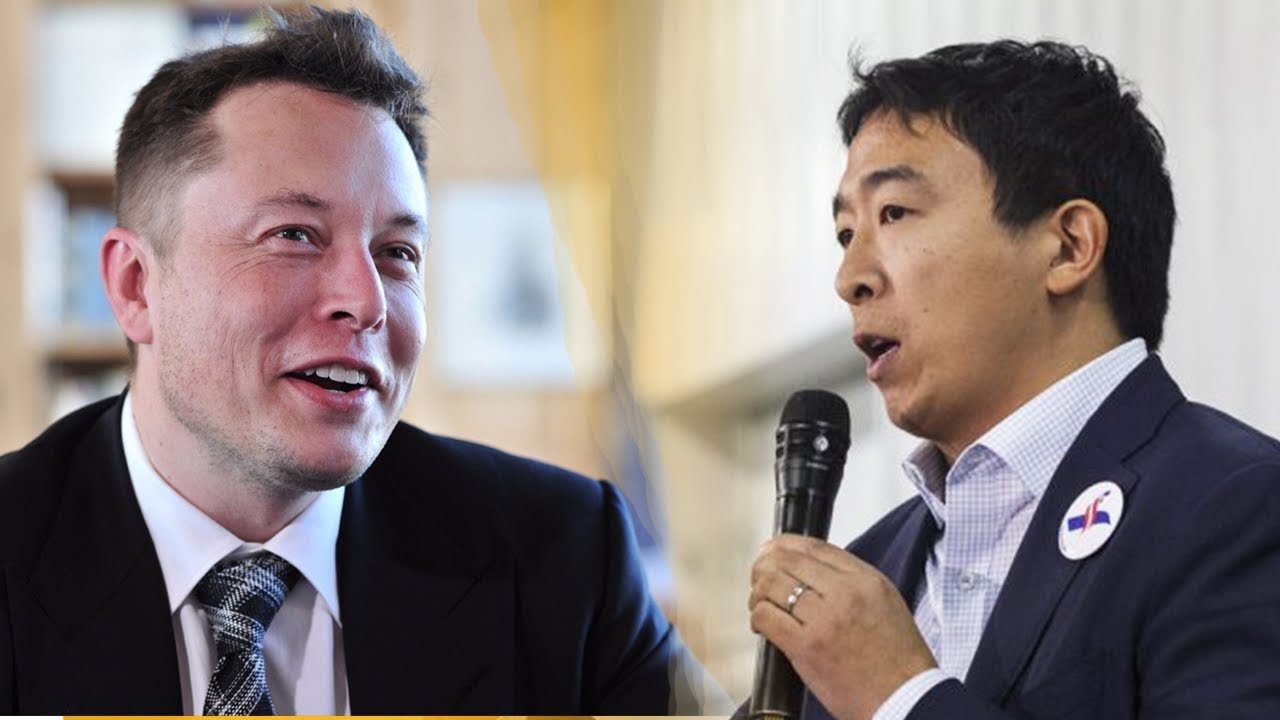 Although it is a year before the presidential election in 2020, preparation is under way. One of the fronts of the struggle between the candidates may be the cryptocurrency market.

Not so long ago, current President Trump made a critical review of Bitcoin and other cryptocurrencies. The market then reacted only with a short-term fall. Right now, American tech genius Elon Musk has directly spoken in support of Andrew Yang, Trump’s rival in the upcoming elections. The market fell by 3%, bitcoin – by 4%. And while not in a hurry to rise.

Andrew Yang is one of 23 key Democratic candidates. Informal ratings give him 8-10th place in the list. No question of him to be elected. The Andrew Yang campaign program has two main points:

Both positions are rather controversial for the free American market. There is no VAT in America right now, a sales tax is levied instead. Its rate is different in different states. The maximum rate is a little over 10%. It is known that the value-added tax is depressing for high-tech sectors of the economy, for high value added activities. Perhaps this is why the economies of European countries periodically stagnate. In the USA and Japan, there is no value added tax, this contributes to the rapid growth of complex industries.

As for universal basic income, for example, in Switzerland, a referendum on this issue was held in 2016 with a result of about 80% against.

However, Elon Musk connects the need to introduce basic income with the robotization of production and the use of artificial intelligence, as a result of which millions of jobs will be released. In his opinion:

– There is a pretty good chance we end up with a universal basic income, or something like that, due to automation.

As for cryptocurrencies, the positions of Andrew Yang and Elon Mask completely coincide. Elon Musk repeats:

– Paper money is going away. Crypto is a far better way to transfer value than pieces of paper, that’s for sure.

– We need to figure out which agency is going to be interacting with individual currencies. It would be unfortunate if every time a new currency comes out we then have to decide which framework applies.

The crypto market reacted negatively to all these statements. Nobody likes taxes, that’s understandable. In addition, Elon Musk has a somewhat dubious reputation as a protege of the CIA, although this is not formally confirmed. Therefore, some of his statements in support of something have a negative effect.

Relying on a obviously unsuccessful candidate in the presidential race, supporting monthly unconditional income in the amount of slightly more than the average wage for a week is clearly a provocative behavior of a technical genius for personal PR purposes.

As for crypto, it has already been seen several times how Musk tested the possibilities of verbal interventions and their impact on the cryptocurrency market. This was the case, in particular, with DogeCoin in early April 2019, when after its positive statement, the coin with zero practical use soared by 70%. It is easy to assume that in this way Musk tests the possibilities of rapid massive speculation to finance his projects.