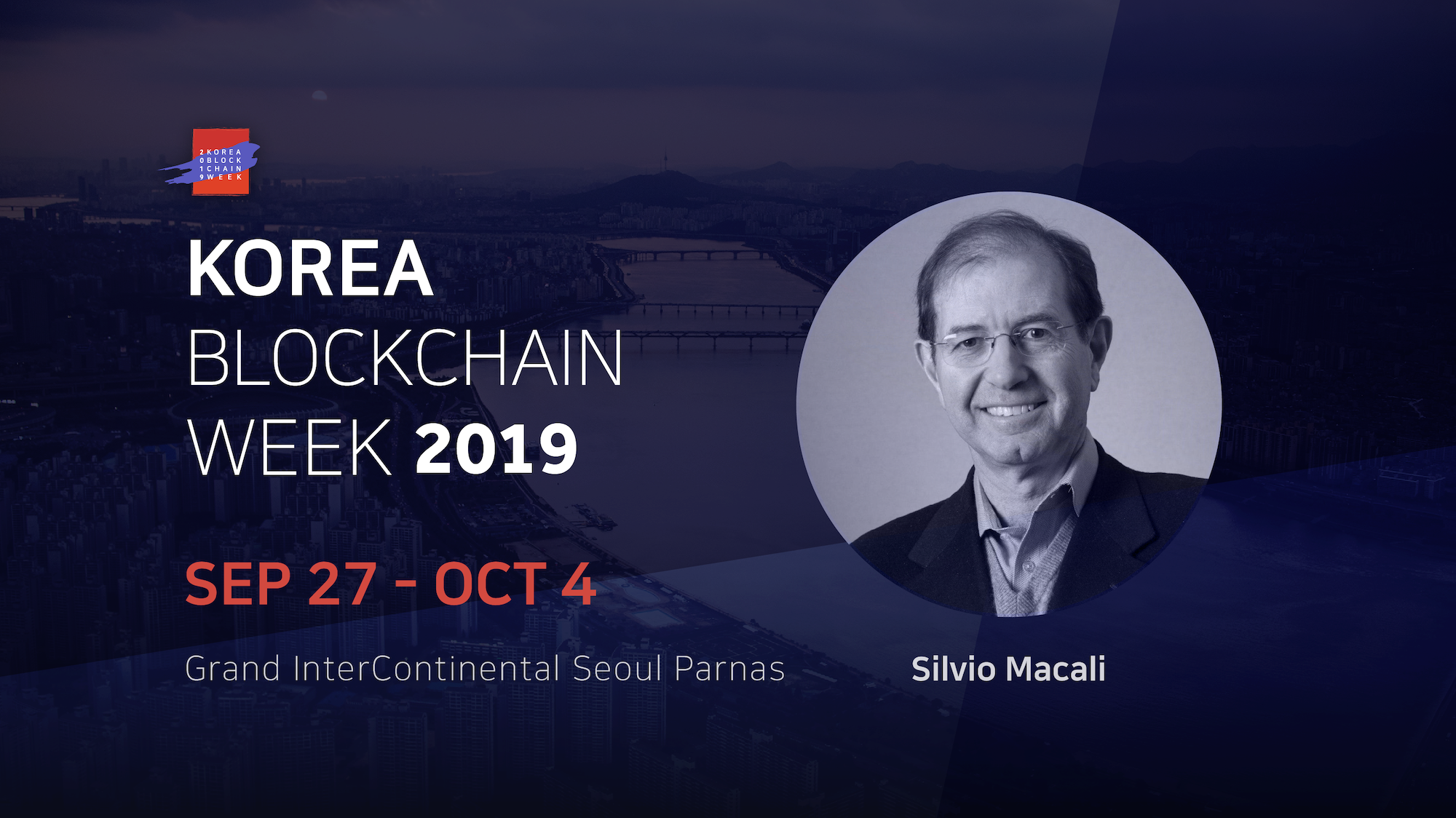 There are many ways to describe Silvio Micali: Professor of MIT, recipient of the Turing Award, or leader of cryptography. Above all, he has been more recently known for founding Algorand, a cryptocurrency platform addressing existing dilemmas of the blockchain industry like decentralization, scalability and security.

Following his visit back in January, blockchain industry’s technology expert Micali is set to make another visit to Korea. He will be attending Asia’s largest blockchain weekly event, ‘Korea Blockchain Week 2019’ on September 27th to discuss blockchain’s current and future state in the decentralized economy.

Silvio Micali is scheduled to deliver a keynote on topics like the technological innovation for digital economy on the second day of KBW 2019 at the main conference, D.FINE. It will be a good opportunity to get a glimpse into his insight on the future of the blockchain industry, represented by the next generation.

Micali will also be participating in “Blockchain, Ask a Fortuneteller” themed panel discussions. He will be expressing his views in not only the diagnosis of the decentralized economy and technology, but also the digital currency (CBDC) issued by central bankers of each country, and on how to overcome limitations in blockchain technology.

Other prominent figures in the blockchain and cryptocurrency industry participating in the conference along with Silvio Micali include, Nick Szabo, deviser of smart contracts, Adam Back, inventor of the PoW protocol, Gavin Wood, co-founder of Ethereum, and Kevin Chou, e-sports godfather of the blockchain game market.

A crucial factor of the main conference D.FINE, held from September 30th to October 1st at the Grand Intercontinental Seoul Parnas, is that it will be the first Korean conference to be hosted by leading Korean media conglomerates such as Korea JoongAng Daily, Hankyoreh, The Seoul Economic Daily, The Financial News, and Block Media, alongside co-hosts FactBlock, Hashed, and Cointelegraph Korea. In addition, D.FINE is sponsored by major cities, Seoul and Busan.

5% discount for tickets for our readers with promo-code – d2a6eb70ed – https://dfine.koreablockchainweek.com/tickets