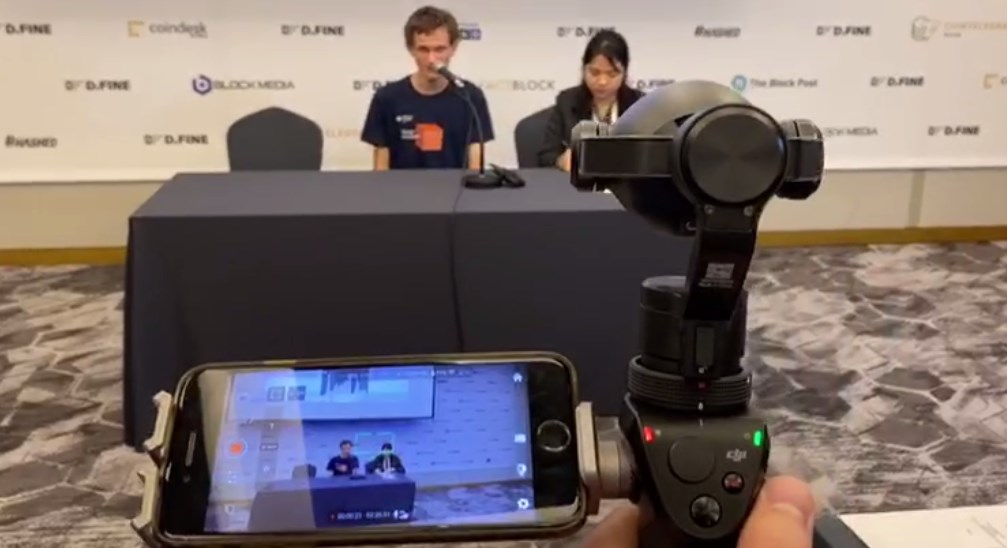 Coinstelegram team continues its productive work at the Korea Blockchain Week Forum in Seoul. Anna Tutova, CEO of Coinstelegram Agency, took the opportunity to talk with Vitalik Buterin, creator of Ethereum. This is not surprising – the very foundation of  Coinstelegram Group is associated with altcoins, which are launched mainly on the Ethereum platform.

Anna Tutova knows Vitalik’s attitude to crypto industry. Buterin has repeatedly stated that he values application development above all. Therefore, CEO of Coinstelegram Agency tried to find out Buterin’s opinion on the best and most visible applications on the market, his point of view. Vitalik tried to answer with the utmost frankness, ignoring the competitive challenges:

– I think that essentially Binance things that been happening in the last year – are very interesting. Than includes in caring exchanges like UNIS Labs, Synthetix – things that people are building. I continue to be acting in ENS, I think. I think all visible application, coin developed on, are to be watched for the verification purposes and also in a valuable way. Though not for the job level but there is another one kind of trends I’m interested in cure about. I mean two of that: privacy meaning technologies, that is set as an easy point, and the second trend in grows of course is secure wallets like smart contract wallets that to avoid some problems with secure account and fund stolen. Things like agent wallets that social cure covered.

ENS is a distributed, open, and extensible name system based on the Ethereum blockchain.

Vitalik Buterin has long ceased to reckon with competition and has traditionally advocated the unity of the cryptocurrency industry in solving common problems. In particular, he previously suggested developers use freely the achievements of the Ethereum team:

– [You are] free to use anything interesting that we’ve come up. Sharing technology supports the idea of an open internet, which makes open collaboration compulsory, which is great for humanity.