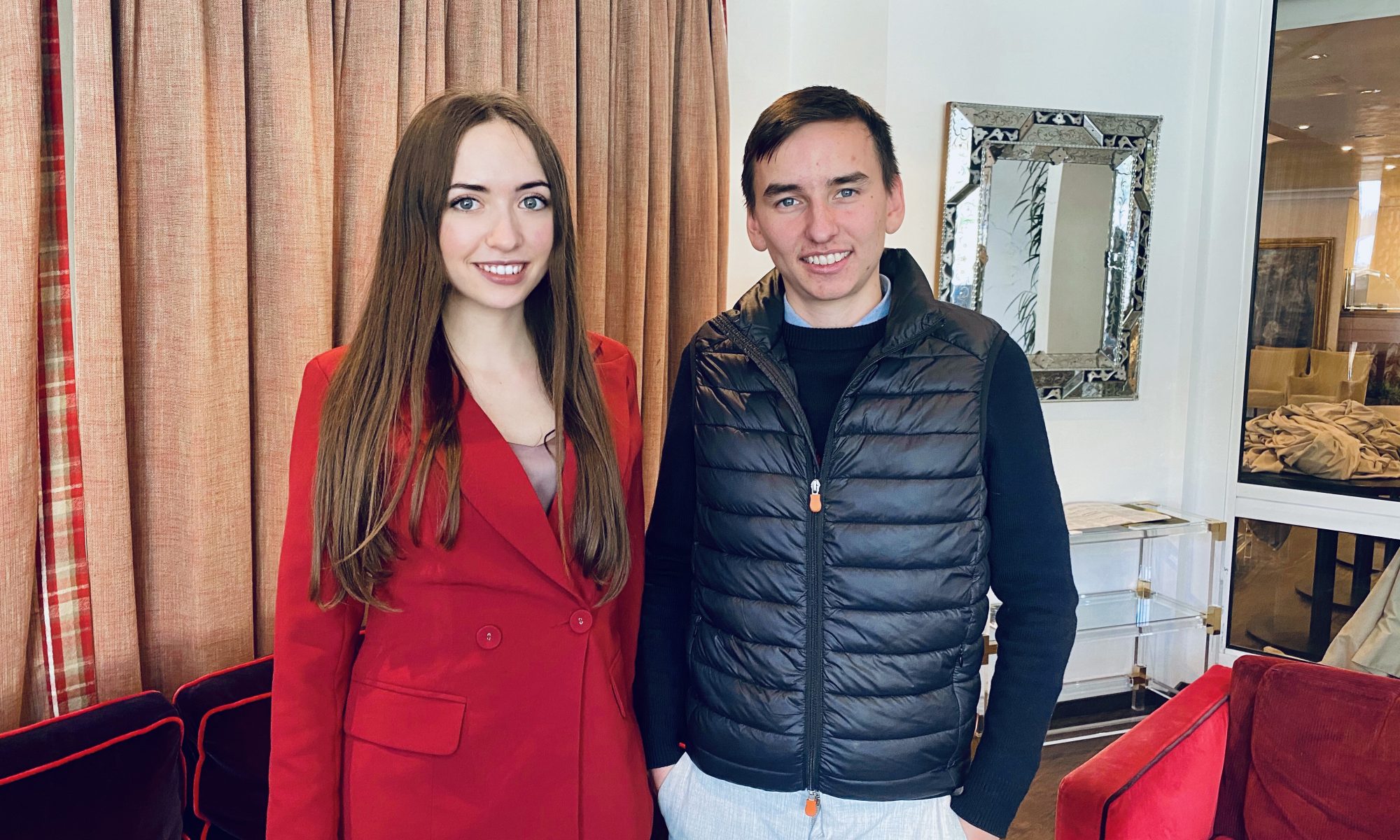 Anna Tutova: Hello, guys! Nice meeting you here, Carl, in Davos at the World Economic Forum. Carl is Youtuber, he has YouTube channel “The Moon”. So Carl, can you tell us when did you get first into blockchain? What is you background?

Carl the Moon: I have a YouTube channel called «The Moon», and I guess I have 85 000 subscribers right now because I upload one video every day, where I talk about bitcoin, technical analysis, financial analysis, news. And how I got into it, is basically just I have been very interested in economics, in the concept of money, what is money, what is good for my money, what’s bad for my money, so I have always been interested in financial system, for example, why the US dollar is bad for my money, deflationary. So coming from my background when I first heard about bitcoin it just made a lot of sense. To me it was obvious: I wanted to spread the message and I have always been good at educating people, it makes a lot of sense for me to make a YouTube channel and just talk about bitcoin as much as I can. So one video every day on my YouTube channel.

Anna Tutova: Did you trade any other financial instruments like stocks before?

Carl the Moon: Yes, but when we started to find our passion for trading, the bitcoin has truly taken my whole world and now i am no longer interested in stocks, in other assets, because Bitcoin is so powerful and so interesting, that it truly took my breath away, that’s why I made YouTube channel only about Bitcoin. I don’t talk about other coins that much. I am pretty much never mention other coins. Sometimes I talk about stocks, but it is not in the trading sense, it is more like in the financial system if there is the value, if we are going to financial crisis or not, what I believe we are.

Anna Tutova: What was the year when you bought your first Bitcoin?

Anna Tutova: Did you start making videos on Youtube in 2017, when you bought your first Bitcoin or did you start it later?

Carl the Moon: It took a few months. First I heard about Bitcoin, I started buying bitcoin and I started watching other Youtubers. I watched some bigger guys like Ivan on Tech for example and I just realized how powerful it could be to have a YouTube channel and educate people and making business out of it. For me, I believe so much that it wasn’t enough just to buy Bitcoin, to invest in Bitcoin, I wanted to invest my whole career in Bitcoin. So I realized that the best way to build wealth and build a career of a Bitcoin is to have a business-like trade cash flow of the industry and that, what I build with my company. I am super happy about that. That means that I truly have everything connected with Bitcoin, not only my money but also my career and my passion so long. And I am comfortable for that, I know for sure, that people will truly come to learn about it.

Anna Tutova: And what is your strategy? Do you trade a lot or do you hold?

Carl the Moon: I do both because I think holding is the most important thing when it comes to bitcoin, I mean trading worth in any way, you trade currencies, you trade stocks, you trade whatever, exactly the same can be said about bitcoin. The cool part of bitcoin is that the bitcoin is a whole new type of asset where it is only a limited part to one million, you can never be more than that. There is no central bank, third parties involved. It has the potential to be worth astronomical amounts of money in the future. So only bitcoin by far is the safest and most attractive way. So the risk-reward is just crazy, whole bitcoin and people just focus on that. And most of my portfolios are for the long-term, I never sell this long-term position. And I think I am pretty much happier to have a big chunk of bitcoin to play for the next 10-20 years

Anna Tutova: And what are you doing here in Davos?

Carl the Moon: Actually I am here for fun. I am here to educate myself, to meet with people. I don’t do any sponsorships and don’t do any direct business, but I make a lot of friends, meet successful people, grow my own mindset. For me it is very valuable, so I am having a lot of fun.

Anna Tutova: That is great. And the last question probably is the most interesting for everybody. In your opinion when the bitcoin will go to the moon?

Anna Tutova: So your prediction is even bigger than John McAfee’s ones. And which factors will influence such a big growth?

Carl the Moon: I think that many different factors could influence the growth of Bitcoin. One thing that is clearly good for Bitcoin is that if the current monetary system has to show off its growth, so for example in case of financial crisis. So if we do see financial crisis very soon which I see we are going to see. And I think that the next crisis will be much more severe than in 2008. We have already seen, that central banks started to print money and I usually joke around that some people claim that we are not in financial crisis now, but we are looking what the central banks are doing right now, they are acting like we are already in the savior financial crisis. They are printing money, they are stimulating the economy, that is a clear sign to me that our financial markets is not able to keep themselves. They need to artificially stimulate economy and I believe we will see very similar tendencies, as we saw back in 2008. I think Bitcoin will get a lot of attention in this next crisis because money as government money is printable and they manipulate a supply of governmental money, but bitcoin can not be manipulated in this way because you can never influence bitcoin. That is why I believe that bitcoin will be as the safe haven Bitcoin can reach astronomical figures.

The main indicator, the main driver is the next financial crisis, I will give more than 2 years we will see a huge savior economic disaster that will probably take the whole world in negative interest rates. I think that is the most dramatic scenery that this will do and that is when people will start focusing on bitcoin. The value of the dollar in all government crisis will be inflated and the high inflation is a possibility. It is just a very-very powerful event that will push people into looking in safe instruments and Bitcoin will be the most safe instrument.

Anna Tutova: Thank you for sharing your thoughts. Nice talking with you, Carl.