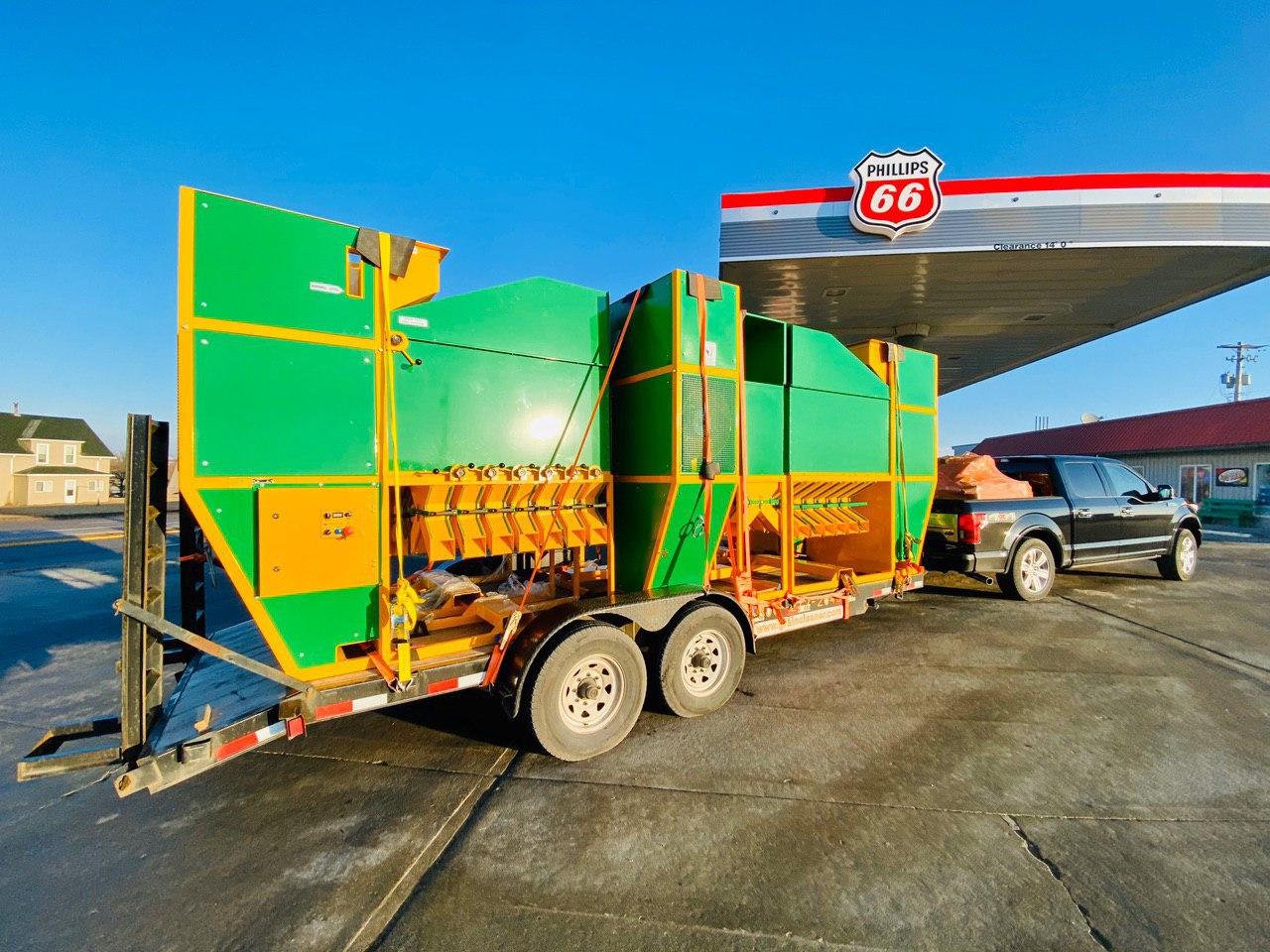 The history of the American company Metra Group began in 2014. Oriented to the agricultural sector of the economy, the company began with the distribution of grain cleaning equipment to farms in the United States. But the desire to become not just sellers, but real experts in agriculture and friends of farmers stimulated the active development of the company.

In 2019, Metra Group and one European grain cleaning equipment manufacturer signed a contract to co-manufacture equipment in the United States. This is how new high-quality grain cleaners under the Metra brand appeared on the American market. This partnership was very important for the company, because it allowed to significantly speed up the process of assembling exclusive machines according to individual client requirements.

The use of American parts and collaboration with the assembly company have reduced prices by more than 10%. This fact is very important for farmers, because in recent years it has become more difficult to conduct an agricultural business in the country, for many reasons. But quality equipment that helps automate the grain cleaning process and make more money at the end of the season should significantly improve the market situation.

After the global automation of all areas of business in the last century, the agricultural industry has also changed significantly. Today, in the arsenal of a modern farmer there are dozens of mechanisms and machines designed to simplify work and increase productivity.

Metra grain cleaners are different from the rest of the equipment. Mainly in that they increase the value of the final product. We can say that Metra machines “make money” by cleaning grain, which becomes more expensive after processing. On average, they pay $1 more per bushel for cleared grain.

For example, having harvested 100,000 bushels of grain, a farmer can process it through grain cleaning equipment and earn $1 per bushel, which in this case will lead to income per season $100,000 more than previously. Without such equipment, the farm is forced to pay annually for grain processing to third-party companies, or lose huge sums by selling uncleaned crops.

The pricing policy of the Metra Group is built in such a way that even a small farm, whose yield is five times less than in the example, could fully recoup the cost of grain cleaning equipment in the first season. And if the harvest exceeds at least 20 bushels, the farmer will immediately begin to benefit from the purchase of Metra machines.

One of the additional advantages of the company is a flexible lending system that allows farmers to invest in the purchase of equipment without high initial costs. The company offers a loan program with an interest-free period of up to 1 year or a deferral of the first payment for 6 months. This would be a good option for farmers who have already harvested grain and are buying a Metra grain cleaner to clean and sell at a higher price.

To date, over 3,000 grain cleaning machines have been sold to customers in the United States, Canada, Mexico and Australia. According to representatives of Metra Group, they continue to expand the geography of sales in South America and other countries, creating a large dealer network around the world. The founders of Metra are confident that the number of machines sold and hundreds of good reviews from farmers best confirm the quality of the new generation grain cleaning equipment.