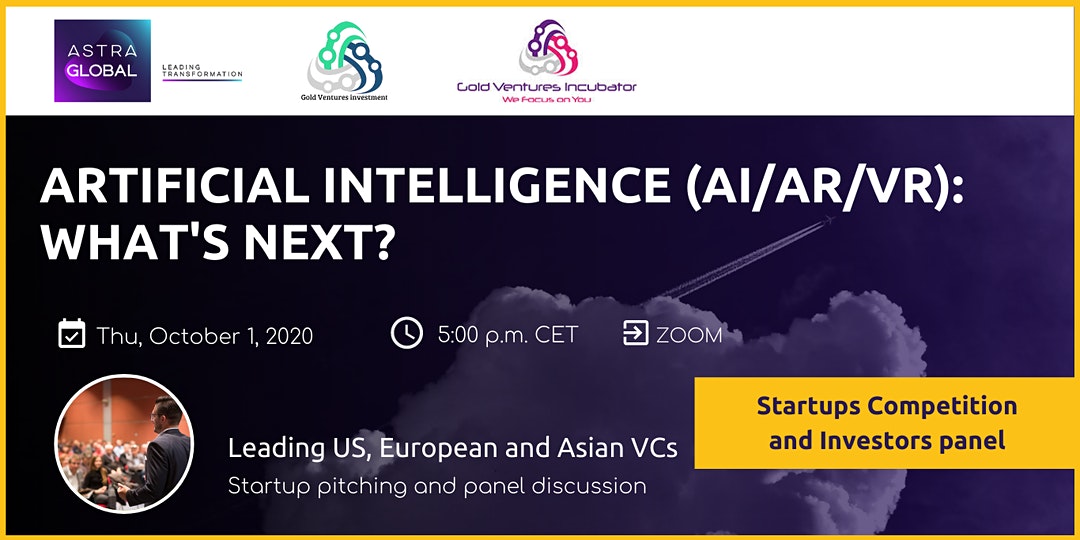 Over 30+ investors will hear from up to 15 carefully selected startups and vote for the best projects. The most interesting startup ideas will move to the next stage where will get a chance to pitch and get feedback from the leading investors.

Over 50% of startups begin negotiations with investors as a result of our events. To date the total investment value is in excess of $20m.

During the investors panel

will share their thoughts on the latest trends and challenges the industry faces today, due to COVID situation, how has their deal flow recently changed? How has the ratio of seed, series A versus series B + investments has changed, what changes in portfolio companies are being implemented.

Leading and overviewing the whole spectrum of its deal sourcing efforts. He also serves as a BoD Member (NED) at Brookstreet’s current portfolio companies. He previously worked at Kantor Management Consultants, the leading Greek advisory house (formerly a Booz & Co. affiliate), where he focused on corporate restructurings and business optimization projects as well as on privatizations for the Hellenic Republic Asset Development Fund (TAIPED). Konstantinos started his career in Nestle engaging in business controlling and supply chain activities. He is an alumnus of the University of Piraeus, GR (MBA) and the London Business School, UK (Masters in Finance) and was further trained at the British Private Equity & Venture Capital Association (BVCA)..

Francesco joined Balderton in 2019 as Research Lead, working on all research and data projects on the investment team. Prior to Balderton, Francesco helped a number of AI startups ramp up operations, and worked with small financial boutiques on venture strategies. Francesco was an Anthemis fellow in London and a fellow at UCLA’s IPAM (Institute of Pure and Applied Math) in Applied Math and High Performance Computing.

Mr. Schmidt joined Energy Impact Partners in September 2019 and has a professional background focused on the energy industry and sustainability. Previously, Alex interned at Trinomics, where he worked on a project for the European Commission focusing on the financial valley of death in the EU energy start-up ecosystem. He then worked as a project finance manager at GE Renewables in France, being responsible for two hydroelectric power plant refurbishment projects, after a previous experience with GE in Zurich, Switzerland. Alex graduated from Durham University, UK, with a BSc in Natural Sciences, from Utrecht University, Netherlands, with a MSc in Sustainable Energy Development, and from the University of Venice, Italy, with a M2 in Economics and Finance.

Volker is a Partner at Amadeus Capital, working on its early-stage funds. He is an entrepreneur who has founded or co-founded a total of 6 companies to date. He is currently co-founder of Blue Beck, a 40-strong mobile development house and a Venture Partner at Emerge Education, Europe’s leading early-stage EdTech investor and Chairman of Bibblio. Prior joining Amadeus Capital, Volker was an active angel investor and was amongst the first angel investors in companies like Pi-Top, Bibblio (where he is also Chairman), Aula Education and Wonde. Previously, Volker was the Chief Strategy Officer at Scoreloop, a mobile social gaming platform, which he helped grow from (almost) inception to 450m users at its peak. When the company got acquired by BlackBerry in 2011, he served as BlackBerry’s Global Head of Business Development – Games. Volker started his career as a corporate lawyer with Luther in Hamburg. He left private practice to work with one of the world’s first mobile technology incubators in 2000 and, over the next ten years, helped launch some of the earliest services and applications in the mobile space, including a mobile fan club for Britney Spears (2002) and Call of Duty 3 for feature phones (2006).

Leesa Soulodre is a serial entrepreneur who has invested her lifetime on the frontiers of DeepTech pioneering, digital transformation and innovation. She has served more than 400+ multinationals and a plethora of start-ups in 19 sectors across Europe, the Asia-Pacific, and the Americas. As General Partner of R3i Ventures, Soulodre supports many of the world’s most promising early-stage deep tech companies in accelerating their growth and is an active EIR and coach across the DeepTech ecosystem accelerators.

1. Purchase a Pitching Package ticket via Eventbrite.
2. Complete the Startup Application form telling us more about your Startup project. You will be asked to upload a 2 min introduction video and a pitch deck.

Note. Priority is given to startups with previous exit experience, seed money raised. We reserve the right to return your money/application, if we see that your startup is not at the suitable stage or not focused on the topic of the event (see more below).

3. Get confirmation about your participation and details on how to attend.
4. Come to the live event on the selected date and wait for the voting results.
5. If you are selected, congratulations, you may now pitch and communicate with the interested investor in a separate Zoom chat room.

Please apply as soon as possible, as only 15 startups are allowed in the competition and only up to 6 startups will be invited for personal pitching.