Eloncity decentralizes power infrastructure into millions of self sufficient microgrids.

The idea in short

In short, the Eloncity project builds its development strategy on several important factors.

First: energy is always important for the economy of any country and the global economy, including. Here always will be money.

Second: there is a clear global trend towards the use of solar energy as an important, and in the future, perhaps the main source of energy supply. At least – for communal services.

The third is less obvious, but convincing: the use of direct current in power supply networks is 7-8% more efficient than the use of alternating current.

This last statement is based on the fact that the sources of electricity are located close to consumers. Since the transmission over long distances, DC losses are obviously unacceptable. That is why a 130 years ago Nikola Tesla revolutionized the electric power industry when he suggested using alternating current . But, perhaps, indeed, the new times are new morals. If the current is supplied by solar panels on the roof of the building, and most devices consume DC power – there is no sense in its inverting first to the alternating current, then back to DC. Lack of these losses gives a gain of 7-8%.

As for the use of DC in the utility sector – here Eloncity is evidently in the trend. Everyone has already agreed that the future is for electric vehicles and electric buses. While this kind of vehicles is restrained by car with hydrocarbon fuel engines manufacturers, as they invest in these production. But sooner or later an electric car will kill these manufactures.

The concept of an active house or building with zero energy consumption (zero net energy, ZNE) also wins on a global scale. this is about that the total amount of energy used on an annual basis is approximately equal to the amount of energy produced in the building (due to solar panels on the roof mainly). A similar concept, approved and implemented by the European Union and other partner countries, is net zero energy building (nZEB). This program was adopted with the aim of providing all buildings in the region by 2020 in accordance with these standards. Let’s remember the date and compare it with the roadmap of the project. 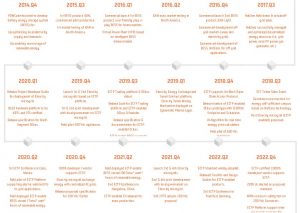 Eloncity is holding an 8-week Official Bounty Program to reward its supporters with ECT tokens between June 8, 2018 and Aug 2, 2018(CST). 1,500,000 Eloncity Tokens will be allocated to the bounty program.

The tokens will be distributed in 6 campaigns below:

Bryan Lewis Allen – an American self-taught hang glider pilot and bicyclist. He achieved fame when he piloted (and provided the human power for) the two aircraft that won the first two Kremer prizes for human-powered flight.

General partner (PREMIER COLLABORATION PARTNER) is Krypital Group– a marketing firm specializes in comprehensive Blockchain marketing services worldwide. Most of the projects which Krypital Group deals, are well-known to our readers due to our ICO reviews. 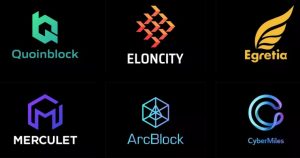 The project differs first of all with its attempt combine blockchain advantage with real industry ofelectricity generation and distribution. The peculiarities of the moment in the part of changing the ecosphere of energy supply are well taken into account. Points of growth have been found and a blockchain is proposed to support the development of this sphere.

The team is quite strong and experienced, with a background of successful projects or experience of job in solid companies. The team is balanced from the point of view of effective business.

A reliable partnership is primarily with the Krypital Group, which has several successful blockchain projects in its portfolio.

Contras: the board of advisors evoke the doubts – it is rather weak in its characteristics. There are still no Whitepaper.

In common the project is explicitly strong and promising.