Helium’s decentralized machine network simplifies connecting anything to the internet through a blockchain, wireless network, and open-source software.

A Simpler, Fairer Miner. No mining pools, expensive hardware, or technical knowledge needed. The Helium Gateway mines Helium tokens by validating that other gateways in the network are providing legitimate wireless connectivity.

The Internet of Things is an $800 billion industry, with over 8.4 billion connected devices online, and spending predicted to reach nearly $1.4 trillion by 2021. The problem appeared to be: current solutions such as cellular, WiFi, and Bluetooth are less than the highest quality – too expensive, power hungry, or limited in range. Helium pretends to be a decentralized machine network that enables machines to connect to the Internet and geolocate themselves without the need for powerhungry satellite location hardware or expensive cellular networks. Powering the network is a blockchain with a native protocol token incentivizing a two-sided marketplace between coverage providers and coverage consumers.

This is important: “With blockchain, Helium injects decentralization into an industry currently controlled by monopolies” – let’s remember this. The result is that wireless network coverage becomes a commodity, fueled by competition. Helium’s secure and open-source primitives enable developers to build low-power, Internet-connected machines quickly and cost-effectively. Helium claims that it has a wide variety of applications across industries and is the first decentralized machine network of its kind.

Problem is that while software-level decentralization has moved quickly, physical networks are taking longer to affect. These networks are more complicated to decentralize as they often require specialized hardware to function. Helium is a wide-area wireless networking system, a blockchain, and a protocol token. The blockchain runs on a new consensus protocol and a new kind of proof, called Proof-of-Coverage. Miners who are providing wireless network coverage in a cryptographically verified physical location and time submit proofs to the network, and the miners submitting the best proofs are elected to an asynchronous byzantine fault tolerant consensus group at a fixed epoch. The members of the consensus group receive encrypted transactions submitted by other miners and forms them into blocks at an extremely high transaction rate. In addition to the blockchain protocol, the Helium Wireless protocol, WHIP, provides a bi-directional data transfer system between wireless machines and the Internet via a network of independent providers that does not rely on a single coordinator, where: machines pay to send & receive data to the Internet and geolocate themselves, miners earn tokens for providing network coverage, and miners earn fees from transactions, and for validating the integrity of the network.

It’s not so easy to understand though authors tried to do that in Whitepaper. Helium is not simple. It consists of a number of complex innovations based on advanced physical principles.

Combination of all of these components is Helium Decentralized Machine Network (DMN) with three types of participants in the network: Machine, Miner, or a Router.

And icing on the cake: mining is less energy hungry at least 100 times – if to compare to bitcoin. 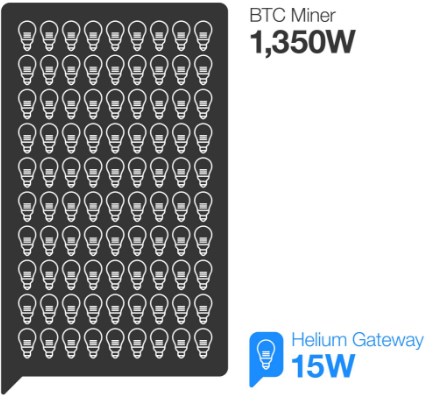 No metrics for token price, quantity and sale conditions. It is only known that Helium will have own wallet. 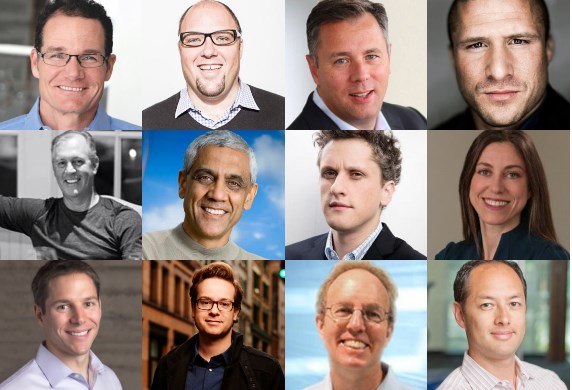 Shawn Fanning (right up corner photo) developed Napster, one of the first popular “P2P” file sharing platforms, in 1999 when he was 19. The popularity of Napster was widespread and Fanning was featured on the cover of Time magazine. Following his involvement with Napster, Shawn joined, and invested in, a number of early-stage technology startup companies. Later he found Rupture, Path, Snocap…

Marketing: Dal Gemmell (right up corner photo below)  – Senior Director of Product Development SentinelOne, now he is excited to be defining the intersection of blockchain & IoT. 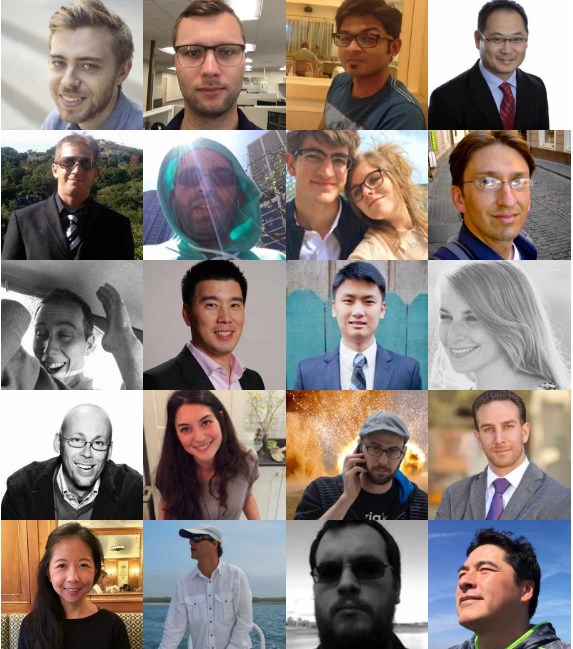 Helium has raised equity funding from some of prominent VC firms including GV (formerly Google Ventures), Khosla Ventures, FirstMark Capital, HSB/MunichRe Ventures and others. Some from their stuff are advisors too.

The project is good in many ways. It is alive, has been developing for almost 5 years. About MVP it’s funny to say – there is a commercial product. Gateway is sold at a price of half a thousand dollars.
The team not only just powerful. It’s Board of Titans as for Founders and Tops.
Engineering team and marketing are battle-proven developers (including Indian, Chinese), marketers with experience in large projects and brands.
The ideological basis of the project justifies itself, the business model is viable.
The list of partners and investors speaks for itself. In this case two teams are different: partners are companies that already use the product. Investors are institutional investors who are waiting for a return on investment with good profits.
Let’s talk about the minuses.
Generally, it is unclear whether private persons will be allowed to invest to the project. Judging by everything, only miners are needed. But money, big money on return of investment – will go to the institutionals.
Whitepaper – only technical.
No Tokenomics.
No Roadmap – although it is not needed when the project is running.
Low hype – 8K Telegram, 2-3K Twitter.
At the end – a few more advantages in counterbalance the minuses.
Currently, there are many ICO projects that use already proven solutions, combining them to use in different spheres.
Helium radically differs from such projects. It is based on avant-garde solutions, innovative in nature.
Hence the pros and cons of the project. In fact – this is a classic start-up, which, if successful, promises to the creators and investors a huge profit. But whether success will be? It is the eternal question of all start-ups. Success does not depend on the correctness of the principles of the project, on the zeal of the founders and developers, etc. Here the Word of the Market is decisive.
If the project encroaches on the profits of the monopolies – they will resist, of course. And this is what Helium does: “Helium provides robust and secure device connectivity for a fraction of the cost of our competitors”.
Further. If the project is based on the consciousness and intelligence of users – it will drop: users are always irresponsible and unreasonable.
But there is also the intuition of the founder. This man at the age of 19 created Napster – a globally sensational file sharing network. I think that in 38 his grip did not weaken, and he took into account the problems with monetization and legal (claims from the copyright owners) that Napster had.