Numerous statements that the cryptocurrency market is becoming increasingly attractive for institutional investors receive new confirmations. Moreover, the involvement of the institutionalists in crypto is in fact much greater than it was noted by experts earlier.

A source from Chicago-based company Cumberland said in an interview with Bloomberg that in deals at $ 100K and higher, hedge funds tend to crowd out private investors. Thus, the market is stabilized. This is further promoted by the massive entry into the market of large miners. Unlike individuals, structures that are engaged in mining of cryptocurrency on a large scale, do not seek to save coins in anticipation of the rally, they bring them to the market. This is stated by the director of commerce of Cumberland Bobby Cho. At the same time, miners prefer to deal without exchanges. By the way, the institutional investors willingly take such “clean” bitcoins that never been in dubious operations.

CryptoFateev: Buy bitcoin before it takes off!

Well-known cryptoinvestor and blogger Igor Fateev (CryptoFateev) shared the secret of his investment portfolio, stressing that, in his opinion, “investing in Bitcoin is better about six thousand dollars, than later doing it on 12 thousand and 20 thousand dollars – greed will kill the gull!” As for predictions – CryptoFateev declares:

– My bitcoin forecast is as follows – that we can fall to the maximum of 6300. For the time being, I just do not see any prerequisites for both a fall and a rise. Due to the fact that trend is to reduce market volatility – so that the market froze and stood for a little. It seems that some volumes are being collected and some purchases are being made. 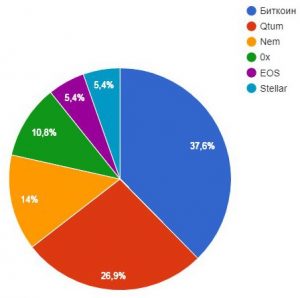 As for the accuracy of forecasts – even professional analysts and traders in the current situation are not in agreement. At Fundstrat Global Advisors, the two experts express opposite opinions. Thomas J. Lee, CFA, states that in the near future, crypto assets will fly to new historical highs. And Robert Sluymer, Managing Director and Technical Strategist – insists that growth from current mediocre levels will take a lot of time. Sluymer say:

– It is expected that it will take months for crypto to recover to the state when a “bullish” trend appears.

With a strategist Fundstrat in absentia argues practitioner – Binance CEO Changpeng Zhao. According to him, “we are all at the beginning of the “bullish” phase, when a significant acceleration of the prices of crypto assets can start absolutely at any moment!”