The idea of TravelBlock project is to create closed blockchain community for those who want to travel and vacationing at lower prices. It means – for everyone. But those who have tokens TRVL.

The project was founded by professionals in the field of tourism industry. It is stated that it is a question of 50 years of experience! This distinguishes it from most start-ups, where young people with IT backgrounds usually stand on start. The subject matter is fairly well known to the founders, and therefore they tried to implement a project in which with the help of blockchain technology they try to avoid those disadvantages that are annoying in the existing tourist business. First of all, in their opinion, this is not always the desirable mediation between the consumer of services and those providers. The authors singled out Global Distribution Systems (GDSs) and Online Travel Agencies (OTAs) among them. These intermediaries are now global the market players and tried to monopolize it with the aim of overstating prices. In addition, their computer systems were created many decades ago, still work and can not withstand any criticism from the point of view of modern approaches to IT security and the preservation of personal data.

According to the authors of the project, OTAs also use variants of cartel collusion (“rate integrity” agreements) and do not allow providers to offer lower prices for the development of the market, even if it would be profitable for them.

TravelBlock solves all these problems, threatens to ruin unscrupulous integrators-intermediaries. And users are promised very low prices and additional bonuses. For example, discounts of up to 35% on purchases for TRVL token and referral program (5% from each referral).

The project team has already developed own functional platform for booking. It remains only to transfer it to the blockchain (that is, to bind to the token). But it is stated that it will only be launched after the sale of the tokens. Using the platform allows:

The platform is connected, according to the authors with: 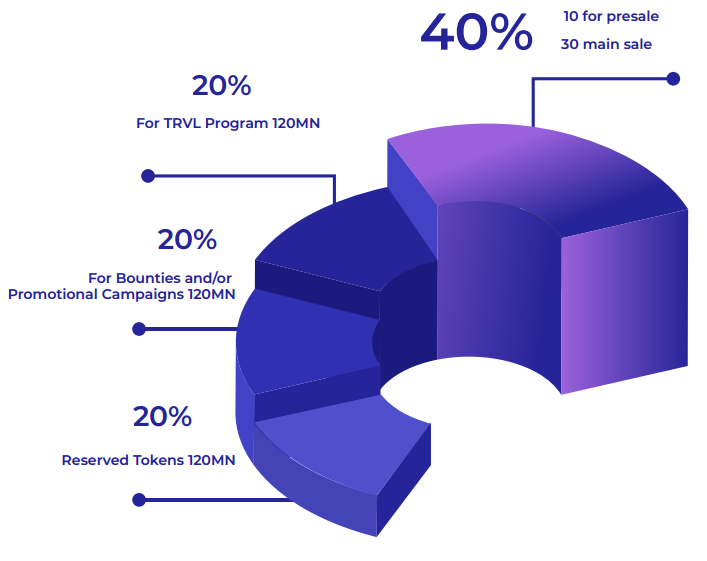 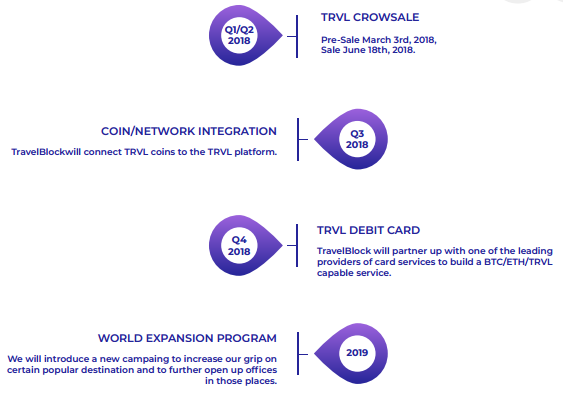 Douglas Saunders – сo-Founder and CEO. He’s been in Executive positions for multiple hotel brands across North and Central America, and over the past decade has been using his wealth to invest into various successful ventures.

Jeff Bredy – сo-Founder and COO, for many years has been managing Sales teams and working directly with hotels.

Steve Knight – VP / Director of Business Development, he founded a $13M furniture and flooring retail business and ran that for a decade. He’s worked 18 years in travel in Executive positions.

The project is fairly simple in its idea and at first glance – very much in demand. It represents a mass interest – because we all love to relax and travel. The founders have vast experience in the subject (travel industry), as well as extensive experience in doing business. In addition, they have certain means and most likely are ready to spending them on the project.

They have no experience in IT, and even more so in ICO. Therefore, it is difficult to accurately assess how well the team is designed to develop the platform and transfer it to the blockchain. There are reasons to believe that it was formed correctly, because the founders are experienced business sharks, who can correctly assess performers. Moreover, the project is Canadian, and the IT team should not be too expensive. Judging by the composition – it is balanced, in any case, it has 2 adviser’s blockchain. In general, the project has no advisers. Investors are not announced too – obviously, because founders themselves are investors . Partners are also not announced. But the leading airlines and network hotels are declared as affiliated with the platform companies. A big plus is the existing platform, which only awaits the crowdsale for its launch.

In the roadmap, half of the traversed path has already been identified, beginning with secret agreements with providers in the 2 nd quarter 2017 and ending with the presale in March-April 2018. Ahead are the crowdsale, the integration of coins into the platform and the launch of the debit card BTC / ETH / TRVL – in partnership with the card service provider. In 2019 declared “world expansion”.

In general, the project is detailed in the subject area. Blockchain is used in a purely applied respect. The authors rely on their own strengths and their own business experience. All this inspires respect and certain trust. Perhaps, the possibility of opposition from the current players in the tourism industry is not fully taken into account. They will be very concerned about this kind of competition.

But in general, the prospects for the project can be very good. Accordingly – so are for the TRVL token.