Uranus propose a new version of cloud computing. Though it is stated that “Uranus is not doing a cloud computing project. We are doing a computing resource sharing platform by using fog/edge computing technology, that can efficiently and seamlessly connect and use the computing power around you”.

As it is noted, “cloud computing takes too long to process its computing power sharing. Some high edge computing field cannot be satisfied”. It is fully centralized and controlled by large data centers. And what is more important – unsecure (with data security risk), with expensive and unfriendly billing model and unfit for distributed applications. Uranus offers efficient means of acquiring computing power for end-users via a public chain and fog/edge technology. It aggregates the redundant and idle computing power in IoT computing devices and other sources and then redistributes that power to users who require it.

Generally, computing terminals that are currently ubiquitous, such as corporate and personal computers, and traditional physical servers, have not been fully utilized. The average utilization rate is currently less than 15% and below. Unused computing resources in the global market will exceed $4 trillion. Uranus builds an ecosystem consisting of thousands of computing power-sharing and computing users, empowers redundant computing power, and provides a computing resource platform that is not limited to public clouds and is especially suitable for distributed computing. It has microservice architecture that can improve the fault tolerance of the components and the node’s Scale-out capability. Uranus proposes the DPOS+BFT (DPOS is Delegated Proof of Stake and BFT – Byzantine fault tolerance) hybrid consensus algorithm. This avoids the over-concentration of verifiers, lacks the weaknesses of the economic penalties for violators and avoids the unfairness. Uranus project’s technical advantages are mainly reflected in: Support basic public chain and out-of-chain service expansion; Distributed computing container and resource isolation technology; Machine learning-based automatic container scheduling system; Ubiquitous Container Mirroring Market and App Store.

Differing from similar projects the Uranus project have some proposals on where and why to make resources available for specific purposes. These may be counted as “unique selling proposition” from the Uranus team. Market applications include the following:

There are five phases of implementation roadmap suggested.

2018/Q4-2019/Q1: Three commercial versions of V2, V3 and V4 were released. In the corresponding development stage, the number of platform users will rapidly increase to the order of 10000, 100,000 and 500,000. As the commercial level of the resource pool continues to increase, the industries and application scenarios it covers will be further enriched, and resource contributors will also obtain more revenue. At the same time, with the increase in trading volume, some trading revenue will be generated. Phase 3: Eco Edition (V5)

2019/Q2: The value of the platform is becoming prominent. At the stage, the ecological strategy will be launched in an all-round way, allowing more industries and more collaborators to participate in the creation and contribution of applications and gaining profits, and to promote the automatic operation of the platform, sustainable development, and form a win-win ecosystem. Phase 3: Eco Edition (V5)

Uranus shows 11 investors on its official site. Among them Icodrops and BGOGO by the way. But ChainTED Capital is the only exclusive participant involved into the seed round. ChainTED have done the whole package of advisory service such as legal issue, networking, marketing and community development for different regions and countries, token sale process, post marketing strategy, online and offline roadshow, AMA and meetup, airdrop and bounty design etc. Most of the cost and expense will be paid by ChainTED Capital and the token lockup will be the same duration as the Uranus team. As for others – it is stated “we are already oversubscribed. A lot of VCs in China and Korea are seriously interested to invest into this project”.

Uranus Foundation LTD. was established in Singapore in March 2018. It is “the leader and driver of the universal ubiquitous redundant force sharing business model”. The mission of the foundation is to empower social redundancy through blockchain technology, thereby driving redundant maneuvering services and the transmission of value, creating enormous economic and social benefits.

It is stated that the team is committed to the global ubiquitous computing power sharing market construction and ecological development. It consists of a cloud computing and blockchain experts with a global perspective. Executive team members have a deep theoretical foundation in this field and an average of 20 years of practical experience. They have successfully established more than one company and their products have entered China’s top 20 companies.

The technology development team has completed the development and commercial delivery of many major projects over the years.

The consultant team is composed of world-class technical experts, senior practitioners of digital economy, and media leaders in this field, providing further guarantees for the success of the project. 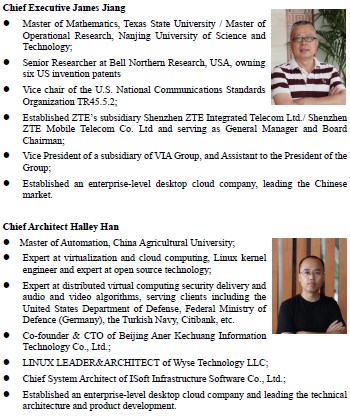 There are three main advantages of the project:

It’s important too that beta will be launched soon. And the project has realistic and dynamic roadmap.

Some energy will be added to its hype with the bounty program. It is completed in Telegram but still lasts in Twitter, FB, Reddit, Bitcointalk.

The Whitepaper and official site are in two languages – English and Korean – it is well known that Korean exchanges are very popular. Seems URAC will not have problems with listing.