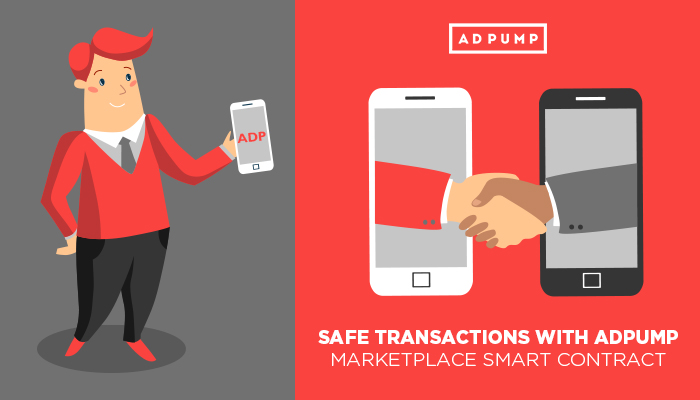 The ICO fintech projects boom related to the crypto currency market has opened new horizons for digital marketing, bringing into existence a number of new players and fields in the sphere of the advertising market. Nevertheless, at the same time it has created a whole set of problems that needs to be settled already now.

We have experienced this issue on the example of our own Adpump ICO project, as well as on the examples of our clients whose ICO projects we are attracting traffic to. Moreover, we noticed that those, who have already successfully completed their ICO and now are looking for new clients for the business based on blockchain, have the same concern.

How exactly look the mutual settlements of the advertising market participants in the field of cryptocurrency right now?

Normally all crypto-media require a 100% prepayment for placement. Although, there are also rare examples of post-payment. What risks does the existing model bear under the conditions of anonymity of the cryptocurrency payments and lack of legislation?

1) Financial risks of changing the wallet. This problem appeared primarily in some ICOs in case when potential tokenholders sent crypto currency to the wrong address replaced by scammers. Also this problem has another side –  more the parties use cryptocurrency as a payment method, greater the role of the human factor. For instance, it might happen that when a new wallet was created fast and the wrong address was sent to the counterparty. It can happen both with a malicious intent or simply by mistake, in either case resulting in enormous losses;

2)Impossibility of legal relations regulation in the contract. Any contracts, where the means of payment is a cryptocurrency, can be declared invalid in case of going to court. It might occur due to the fact that only few jurisdictions recognize bitcoin as an official currency and means of payment;

3)The difficulty of receiving payment from the advertiser for the services rendered. Regarding prepayment, advertisers are afraid to pay for the services not rendered yet, as there is no guarantee that the transactions will be fully carried out. In the CPA sphere it is particularly difficult to predict how many targeted actions will happen, thus, the provider is also not protected per se. Regarding postpayment, human psychology aspects come into play – it is rather hard to pay for the service that was already rendered, if the obligations are not documented, which is problematic in the crypto-world;

4)Responsibility for compliance with the agreements. In our own experience, as well as the experience of our clients, we have repeatedly encountered a situation when despite the existing arrangements with the partner for the placement of materials in a certain amount and for a certain time period, due to workload, or also due to the lack of organization of business processes, de facto placement is different or with a large and critical for business delay. This applies not only to small resources, but also to large multimillion dollar portals.

5)Publishers are not protected from a situation when their traffic remains unpaid. Smart contracts and blockchain are capable of solving this problem

How do we Solve all Above-mentioned Problems Using Smart Contracts?

1)Campaigns in the affiliate marketing framework, where the advertiser on his platform launches a program with a payment for the targeted action, which can include both registration on the advertiser’s website, subscription for news, or/and revenue share (dividing the profit). Typically, the advertiser pays for the specific actions generated within a certain time period.

2)Campaigns within the framework of traditional advertising actions – placing articles, banners, and other related content on the cryptocurrency, financial and news resources.

In the first case, smart contract, which is the basis for all of the offers, is an ideal solution. According to this contract, in case of certain circumstances, the amount received on the account is automatically blocked and transferred to the beneficiary.

As for the second type of advertising campaigns, it is direct placement of click campaigns on the marketplace, when the advertiser pays for clicks from a certain resource, connecting such publishers himself and carefully monitoring traffic.

Working via marketplace in this case also makes sense, since a kind of an escrow agent appears in the relationships of the parties that being based on a typical smart contract, regulates the interaction of the parties. First, it secures the client, as s/he knows for a fact what service is provided in the right amount, and secondly, the other party knows that in case of providing the service it will be paid (working on a phased payment model is also possible).

The mechanism of working with the marketplace itself is also interesting. It allows one to evaluate the quality of the partner’s traffic using the internal system of rating partners, as by the available parameters only it is quite difficult to estimate a certain resource, and its potential in attracting the right target audience. Usually good visit statistics cannot guarantee that there is the right audience on this particular resource with the required profile, geography, demography and occupation.

How it works in practice?

There are few advertisers who are ready to connect their main cryptocurrency wallet to an external smart contract. Therefore, usually they open a separate wallet for payments to a certain contractor. There are 2 options to choose from:

In any case scenario, blockchain allows to ensure transparency of work for all parties involved, as all transactions are public with the help of etherscan.