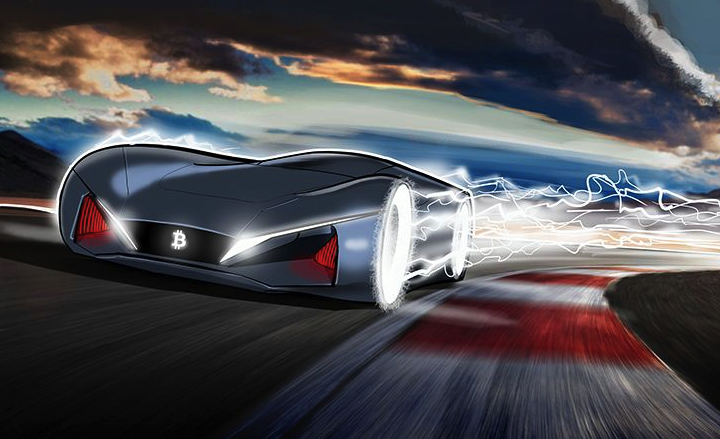 The first ever physical purchase may have been made on the Lighting Network 2 days ago, in accordance with Reddit user /u/btc_throwaway1337, who bought a VPN Router through a payment channel supplied by TorGuard.

The Lightning Network, designed to scale Bitcoin up for a global user base, functions by opening and recording a channel between 2 users on the Blockchain, with information about purchases only being recorded on the original Bitcoin Blockchain after the channel is closed. The Reddit user explained that he saw a tweet by TorGuard offering the service: 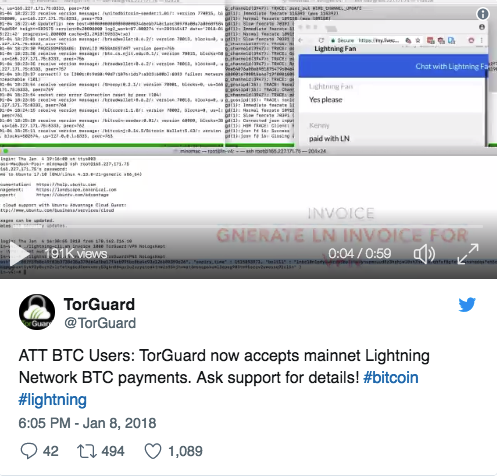 In accordance with his post, the buyer opened a channel and completed the instantaneous purchase, surprisingly without paying anything in fees. He said:

“I’m just your average BTC enthusiast, who had a bit of free time last weekend. I saw TorGuard’s tweet, so I decided to call them. I enquired as to buying more than just a monthly subscription, their staff gave me LN peering information, I opened a channel, received an invoice, and here we go!

It was all fast, simple, painless, and most importantly: instantly and fee-free!”

With the information public, TorGuard offered a warning to users regarding the c-lightning network, stating that it is not yet ‘production ready’. The company offered to cover any loss of funds that may result from using the system. 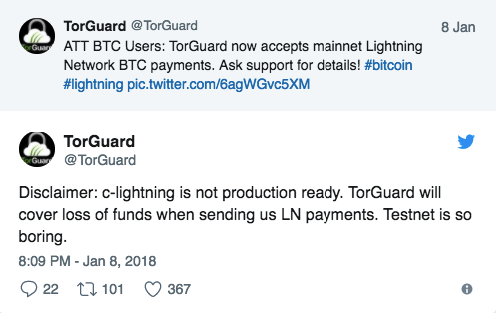 The completion of the first ever physical transaction on the Lightning Network is a important step in the development of Bitcoin, akin to the famous pizza day.

Over the past several years, the increasing transaction fees and times on the Bitcoin network have made direct Bitcoin purchases of low-price items almost impossible, forcing users to switch to other cryptocurrencies.

The function to send immediately, fee-free transactions might re-enable small purchases to be made directly with Bitcoin.