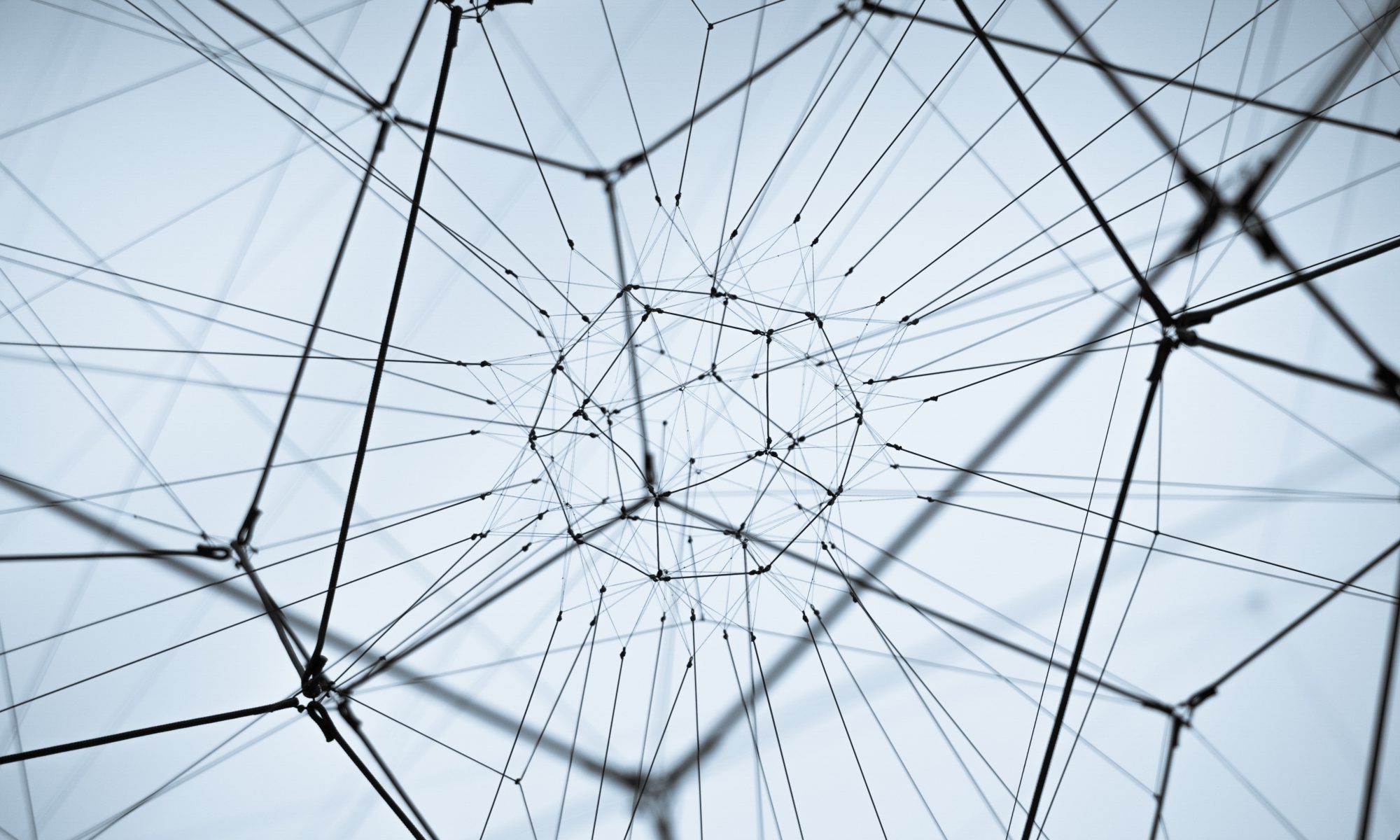 Though it’s difficult to imagine, the crypto-currencies themselves are much older than the block-technology. Most of us consider Bitcoin as the first crypto currency, but this is only the first currency based on the blockbuster. Such crypto-currencies as B-Money and BitGold existed before Bitcoin, but they could not go far, especially in comparison with Bitcoin. The problem with crypto-currencies, conceived before the introduction of Bitcoin, was in their centralized structure. Without blockchain technology, there was no “decentralized, immutable, transparent” registry for recording transactions, which led to centralization. But, apparently, blockade is not the only and irreplaceable technology for crypto-currencies.

A new form of crypto currency has recently appeared, using the Directed Acyclic Graph (DAG) as an organizational model for the structure of the decentralized registry, allowing to solve old problems and to add new functionality. Today we are going to consider a technology that will probably be able to replace the blockchain itself and some of its implementations. Despite the fact that the options for integration, which we are going to discuss now, are new, the concept itself is already old. In 2013 the document “Acceleration of Bitcoin-Transaction Processing” was duplicated. Rapid money grows on trees and not on chains “, the authors – Yonatan Sompolinsky and Aviv Zohar presented the GHOST protocol, which proposed to replace the block chain in Bitcoin with a tree structure, which would reduce the time of confirmation of transactions and would improve security. However, this change was never realized in Bitcoin, and other crypto-currencies successfully used the DAG-system. Let’s meet them!

Crypto-currency ByteBall is based on DAG technology (Directed Acyclic Graph). The first of its kind, ByteBall is distributed through dispensation, it is the process by which GBYTE, the currency of this network, is distributed depending on the Bitcoins available to the user. Recently, the distribution of GBYTE through the cashback partnership with the vendors participating in the program has also begun. It’s unusual to see the appearance of a crypto currency without the ico process, and this method of allocating funds is an uninteresting side of ByteBall.

ByteBall has no blocks. Instead of them, transactions are linked directly to each other and each transaction contains one or more hashes of previous transactions. A set of links between transactions forms the DAG known to us, in contrast to the block systems used in Bitcoin and other crypto-currencies. ByteBall has no mining

by type of Proof of Work or Proof of Ownership. Instead of confirming subsequent blocks by previous ones, transactions are confirmed by new transactions that appear later. However, this type of “confirmation” is only a confirmation of the existence of the transaction and does not prevent double waste.

How is the problem of double spending can be solved? In currencies with the Work Evidence model, conflicts caused by a double waste are solved by choosing the version of the chain of blocks to which more work has been spent (a longer chain). In ByteBall, since it is based on the DAG, there is already a partial ordering between transactions. This allows you to instantly identify and discard almost all attempts of double spending. And what if a double waste occurs on parallel branches of the DAG, and their orderliness is not obvious? Then the ByteBall uses the “Main Chain” – the DAG chain, passing through transactions, announced by known trusted users, who are called witnesses.

Compared to the Ethereum, the smart contracts of Bytball are not so functional and not Turing-complete, but they are simple and readable for users. So it means, that ordinary users themselves will be able to see what will actually happen with their money. The markets of predictions already work on the basis of these contracts, and the recently introduced functionality of the manual configuration of the oracle allows any user without technical knowledge to create a market for predictions.

Finally, Byitboll through the asset release system provides compliance with legal norms. Here is how it is described in the concept:

“Users can create new assets and determine the rules governing the transfer process. The rules may include spending restrictions, such as, for example, requiring the joint originator to sign all the facts of its transfer, which is one of the ways for financial institutions to comply with regulatory rules. ”

IOTA is a unique crypto currency. It also uses the Organizational model of the Directional Acyclic Graph (DAG) called “Plexus”, its implementation and applications are quite different from Bytball. Designed specifically for the IW (Internet-Thing) industry, IOTA conducted a successful ico in 2015, collecting 1337 BTC, and appeared on Bitfinex this year.

Apart from the distribution method, IOTA has several differences from ByteBall. For instancee, in IOTA, all the transactions created must be approved by at least two previous transactions. To do this, users (creating and approving transactions) must solve a cryptographic problem similar to the one that exists in crypto-currencies based on the Proof of Work system. In addition, IOTA does not have commissions at all, regardless of the amount or size of the transaction. Instead, the participation of nodes in the network, the creation and confirmation of transactions are encouraged by other nodes that can exclude inactive nodes not transmitting transactions regularly to the network. According to IOTA developers, the lack of transactions solves two critical problems. Quote from the concept:

“In the fast-paced industry of the Internet of Things, the importance of micropayments will only increase, and the situation when the commission amount is more than the transferred funds is simply illogical. In addition, it is not so easy to get rid of commissions in the block infrastructure, because they are a reward for the creators of the blocks. And this leads to another problem, namely, the heterogeneity of the system itself. There are two different types of participants in the system, those who create transactions, and those who approve transactions. Such a scheme generates unavoidable discrimination of some participants, which in turn creates conflicts, and all elements of the system begin to spend resources on resolving these conflicts. The above problems led to the search for solutions that are fundamentally different from the blockbuster technology – Bitcoin’s foundations and many other crypto-currencies.”

And now the bad news: IOTA is centralized

Jun. 13, 2017 IOTA was admitted to trading on Bitfinex and soon appeared on the 7th place among the Crypto-currency by market capitalization on coinmarketcap.com with $ 1.5 billion.

On Tuesday, June 13, we will add support for IOTA (IOT) exchange trading in IOT / USD and IOT / BTC pairs. Margin trading for IOT pairs will be resolved in a few days, when a sufficient amount of liquidity will appear in the stake.

IOTA is the first distributed registry protocol that goes “beyond the block” due to its basic invention, “Tangle”. IOTA Tangle is a directed acyclic graph where there are no commissions from transactions and there is no fixed limit on the number of confirmed transactions per second in the network; Instead, the bandwidth increases according to the activity on the network; that is, the higher the activity, the faster the network works. Unlike the typical block architecture, IOTA does not have a

separation between users and validators; Instead, validation is an inherent feature of using the registry, which helps to avoid centralization.

This is consistent with the information provided on the IOTA website. If these statements turn out to be true, then IOTA will become, perhaps, the most interesting innovation in this space.

This is the problem: at this stage, the attacker can very easily collect 33% of the processing power of the network, since hashing occurs only when new transactions are added to the tree and lasts a second if you use a normal laptop.

Neha Narula, Thaddeus Dryidge and Madars Vierza of the Massachusetts Institute of Technology (MIT) Media Laboratory and Ethan Heilman of Boston University discovered a cryptographic vulnerability in the IOTA crypto currency, even though it is in the TOP-15 market capitalization.

According to the post of Neha Nerula, director of the initiative of digital currencies of the MIT media laboratory, scientists analyzed the IOTA registry repositories on GitHub and found a serious vulnerability in the cryptographic hash function of the project called Curl.

The author’s hash function IOTA Curl created collisions when different inputs are hashed into one output. The team of researchers developed an attack that identifies collisions in a matter of minutes with the help of standard hardware and allows you to forge IOTA payment signatures, which gives hackers the opportunity to steal the means of IOTA users.

In response to Naruloy’s announcement of a defect in the code in her blog and through a report on the vulnerability on GitHub, the IOTA team published a statement on the same day to explain their position on this discovery.

Although the IOTA team is pleased that researchers from MIT and Boston University informed her about the vulnerability of the Curl hash function, an example of how to exploit the code to steal funds “is not an effective attack on the IOTA crypto currency” and the criticism is justified only in the academic sense.

The Golden Rule of Cryptography

In his post Narula reminds the community about the golden rule of cryptography: “Do not implement your own cryptography.” She argues that if you ask any researcher in this area, he will advise you when developing a new system to use thoroughly tested and widely understood cryptographic elements, since usually it takes more than one year to test a new cryptographic function and make sure it’s safe.

Therefore, she believes that the fact that the IOTA team wrote its own hash function should alert anyone who is going to join the project.

Will the currencies based on DAG technology be replaced by the blockade itself? Hard to tell. Together with the obvious advantages, these DAG-systems are still quite far from the role of the popular alternative, they are centralized in places and cheeses, based on unverified and, possibly, dangerous solutions. A very small number of projects use them in their work. Nevertheless, these projects are looking for their niche in the cryptomir. In spite of the fact that IOTA is included in the top 15 Crypto currency for capitalization (according to Coinmarketcap), such an investment can currently be super-risky.