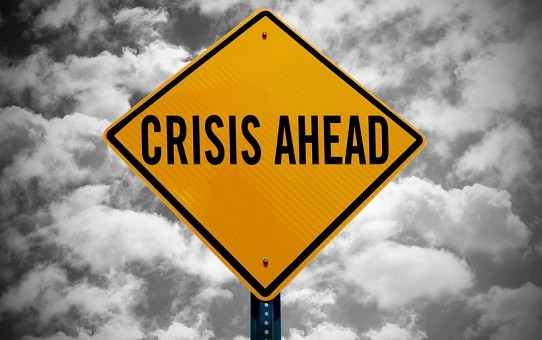 It is known that a crisis is the best time for super profits. Criseses become regular. How to get your wealth in such conditions? There are no simple solutions, like the “miracle of the middle class”, which will happen due to tax cuts in USA. Bill Bonner, an authoritative financial expert, the founder of the Agora network for companies in the field of information services, gives lectures under the motto “The Future You’re Not Going to Like.”

The general view is that politics today, from the moment Trump is elected, trumps the economy. President without political experience makes one mistake after another, and in the foreign policy leans against the military. The budgets of the Pentagon and the special services are inflated. A promise to cancel Obamacare is not fulfilled. Although the markets counted on this. Obamacare is an “invitation to national bankruptcy.” The wars that America has waged over the past 15 years will not stop either. Ahead is a continuous series of crises. This will not stopped even by tax cuts. There was a time when Reagan came up with a tax reduction program and a promised to reduce the US national debt. As it turned out in fact, the tax reform only led to an increase in public debt – under Reagan it became more than ever in US history, except for the time of Franklin Delano Roosevelt, during the Second World War.

Trump became president on the support of those Americans whose incomes for 40 years have not increased. The wealth of those on Wall Street grew up. But the American country lived ever harder. Trump promised to fix it, so he is the president. But he did nothing and did not even come close. Therefore, Bill Bonner travels around the world with a report titled “The Future You’re Not Going to Like”. According to Bonner, there is a  debt bubble in front, from which there is only one way out. The collapse of the stock market. Depression. There is simply no other possible outcome.

It is interesting  what will act as a pin piercing a bubble. Bonner notes: according to Janet Yellen, the Fed raised rates three times during 2017. It is expected three more times in 2018 and twice in 2019. This will reduce the cost of maintaining the shares purchased by the Fed during the three quantitative easing programs by $ 10 billion a month. And in the future – up to $ 50 billion a month. In the course of QE the Fed created money from the air. And bought out Treasury bonds from private traders. Cash was distributed among sellers of bonds – banks, pension funds, insurance companies, etc. Now the balance of the Fed will decrease at a rate of $ 600 billion per year. But the debt bubble will burst before this figure is reached, according to B. Bonner.

Bonner’s advice to investors about how to save their investments: place them wherever you see such an opportunity. And in any case, not be limited to the US stock market.

Cryptomarket is a great opportunity for diversifying the investment portfolio. This is the conclusion of Coinstelegram from the lecture of the financial guru.