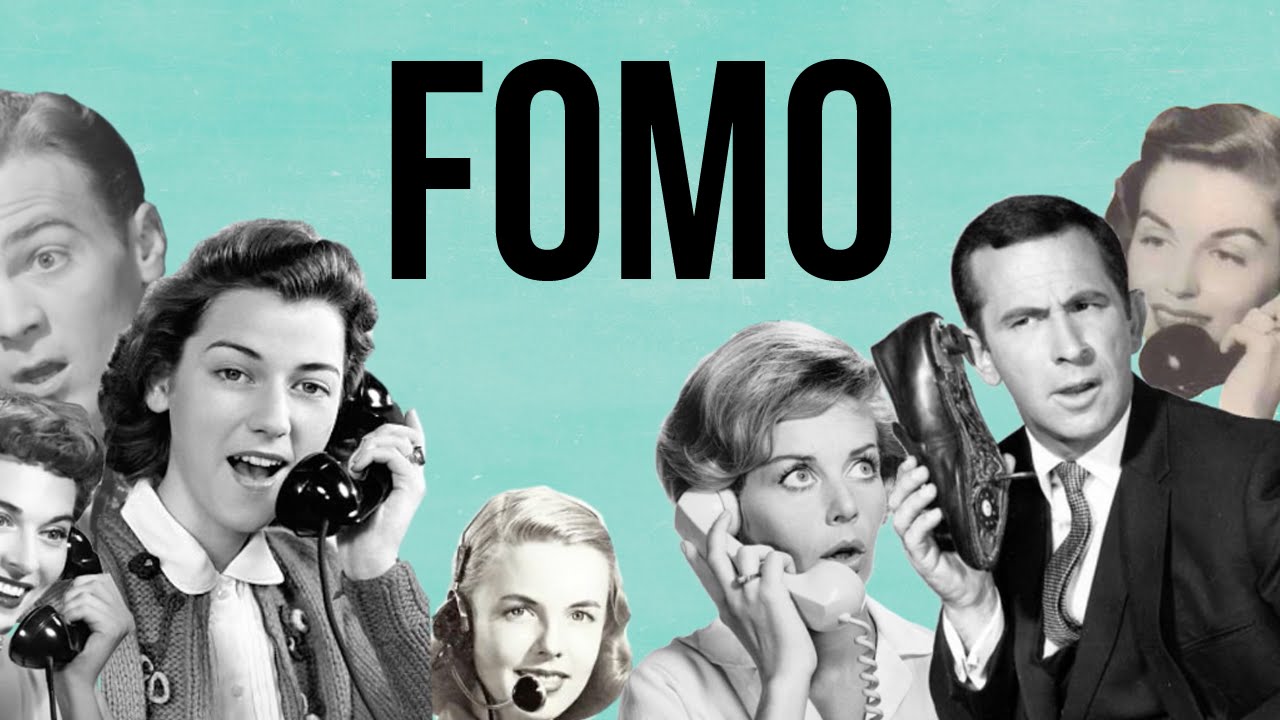 Fear of missing out (FoMO) is «a pervasive apprehension that others might be having rewarding experiences from which one is absent». This social anxiety is characterized by a desire to stay continually connected with what others are doing. FoMO is also defined as a fear of regret, which may lead to a compulsive concern that one might miss an opportunity for social interaction, a novel experience, profitable investment or other satisfying events. In other words, FoMO perpetuates the fear of having made the wrong decision on how to spend time, as «you can imagine how things could be different».

Self-determination theory (SDT) asserts that the feeling of relatedness or connectedness with others is a legitimate psychological need that influences people’s psychological health.In this theoretical framework, FoMO can be understood as a self-regulatory state arising from situational or long-term perception that one’s needs are not being met.

With the advent of technology, people’s social and communicative experiences have been expanded from face-to-face to online. On one hand, modern technologies (mobile phones, smartphones) and social networking services (Facebook, Twitter) provide a unique opportunity for people to be socially engaged. On the other hand, mediated communication perpetuates an increased reliance on the Internet. A psychological dependence to being online could result in anxiety when one feels disconnected, thereby leading to a fear of missing out or even pathological Internet use. FoMO is perceived to have negative influences on people’s psychological health and well-being, because it could contribute to people’s negative mood and depressed feelings.

FoMO refers to the apprehension that one is either not in-the-know or is out of touch with some social events and interactions. People who grapple with FoMO might not know exactly what they are missing, but can still hold a fear that others are having a much better time or having a much more rewarding experience at the moment. FoMO could result from a variety of social activities in which one is absent, such as a conversation, a TV show or a party.

FoMO could simply exist as a pervasive mental state, but it can also lead to different physical reactions and real-world behaviors. Moreover, FoMO serves as a motive for an increasing use of social media, which could distract people from learning in the classroom and operating motor vehicles. Furthermore, unhealthy digital habits, such as constantly checking on emails and social media updates, could be developed and thus lead to insufficient engagement in the present social interactions.

Besides its impact on real-world social activities, FoMO could also influence the formation of long-term goals and people’s self-perceptions. Moreover, FoMO also plays a negative role in people’s overall psychological well-being. An empirical research on FoMO in 2013 found that FoMO has a negative effect on people’s overall mood and life satisfaction.

FoMO may drive someone to constantly look for a better or more interesting connection with others, abandoning current connections to do so, without realizing that what they move to is not necessarily better, just different. Moreover, the importance attributed to the potential possibility of social interaction or continuously staying abreast of current events is so intense that personal safety may be ignored. For example, it is common to find people texting while driving.

From the theoretical lens of psychological needs, FoMO could be attributed to situational or long-term deficits in psychological needs satisfaction, the prevalence of which contributes to an increasing transparency of other people’s social life and an escalating amount of real-time information. According to uses and gratifications theory, people actively choose and use social media to fulfill their specific needs, such as their needs for information or staying connected with others through socializing. For people who grapple with FoMO, social media involvement could be attractive because it serves as a convenient tool to be socially connected with a relatively low cost.

Social media sites have become a large contributing factor to the FoMO sensation. People develop negative feelings and emotions from social media sites because of envy towards others’ posts and lives. Social media has created an easy-to-access, centrally located spot for people to constantly refresh their feeds and find out what others are doing in that exact moment.[25] Snapchat has taken this idea to the next level. People put up snapchat stories, which are a collection of photos and videos that last 24 hours, of almost any and everything in their lives. This allows users to see all the fun things their friends have done throughout the last day, causing FoMO to really set in. Researchers at two German Universities looked at Facebook data and found that people had negative feelings when using social media because they saw the seemingly perfect lives of their friends.

People who experience FoMO are more inclined to use social media sites. Before social media and the cellphone surfaced, people typically only knew what their friends were doing by being with them. Today however, people can search for what they missed with a click of a button.

FoMO is also perceived to foster higher TV ratings. Real-time updates about one’s status and major social events allow a more engaged media consumption experience and faster information dissemination. Real-time tweets about the Super Bowl are considered to be correlated with higher TV ratings because of the appeal of FoMO and the prevalence of social media usage.