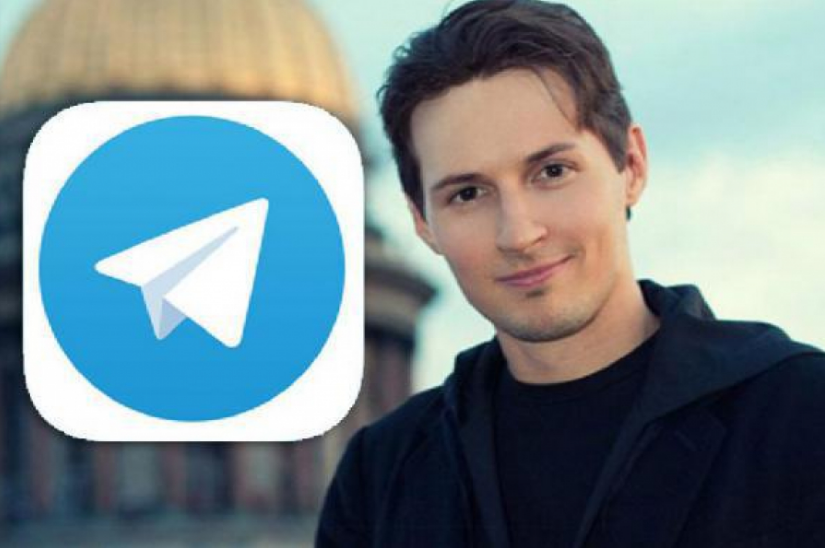 According to The Wall Street Journal, referring to informed sources, Telegram Group Inc. refused to hold its public ICO. An informed source in this situation can only be one – Paul Durov himself. According to him, the company raised enough funds during the private ICO – $ 1.7 billion.
The message caused great resonance and disappointment. There is already a lot of hype around Telegram. And there are some reasons for it. One is struggle between “armor and a shell” with Roskomnadzor. The unbending nature of Paul Durov, of course, drew attention to the coin, ironically called GRAM. And now, when the public ICO is canceled – the rise of its quotes can not be canceled.
Because of hype it is forgotten that the ICO – is not only about the messenger, of course, one of the best for today. This is about the third-generation blockchain (after bitcoin and ether), the Telegram Open Network (TON) network. With its help directly in the messenger you can make payments with the coin Gram. It is sold, by the way, only for US dollars. So no altcoin, even the most respected, here is useful (and it is not yet known which coin will be called “altcoin” after Gram will be quoted).
Hype was supported, of course, by the audience of Telegram – 200 million people. Almost all of it is targeted, since crypt enthusiasts are all in Telegram. Supported too by the very person of the charismatic leader – Pavel Durov at his age of Christ is still very much capable of, especially with the help of his elder brother Nicholas.
The Gram coin will be stored in its wallet. But this is not enough: with the TON platform anyone can release their own tokens and open the ICO. In general, Pavel Durov creates a complete ecosystem. Fellow travelers do not take. Prisoners, too. Tough Russian businessman. About these people say: “It is better to swim in the pool with sharks than to have business with him!”
Initially, it was planned to sell 44% of tokens, 4% to give developers, 52% to reserve. Total tokens 5 billion According to the schedule given in the Whitepaper, the initial price of the token was $ 0.1, the final $ 0.9.
But life has already made great adjustments. According to the official site, $ 850 million from 81 investors were attracted for the first stage of the private ICO. For the second stage – the same sum, from 94 investors. The minimum investment was $ 1 million, and the average price of the token has already reached $ 1.33. 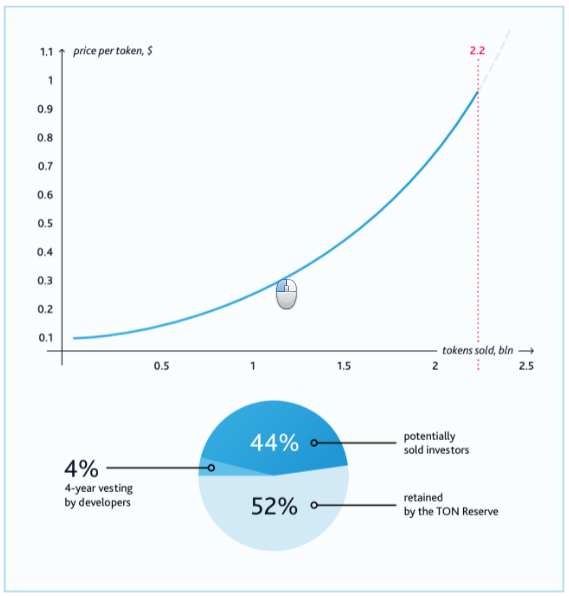 By the way, Roman Abramovich bought tokens for $ 300 million, and still in a cheap way, at the first stage. When such whales come into play, small fishes can only observe.
According to the roadmap, the own wallet will be launched only in the 4th quarter of 2018. How much will the coin cost by that time? 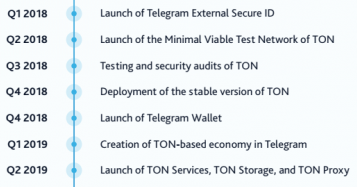