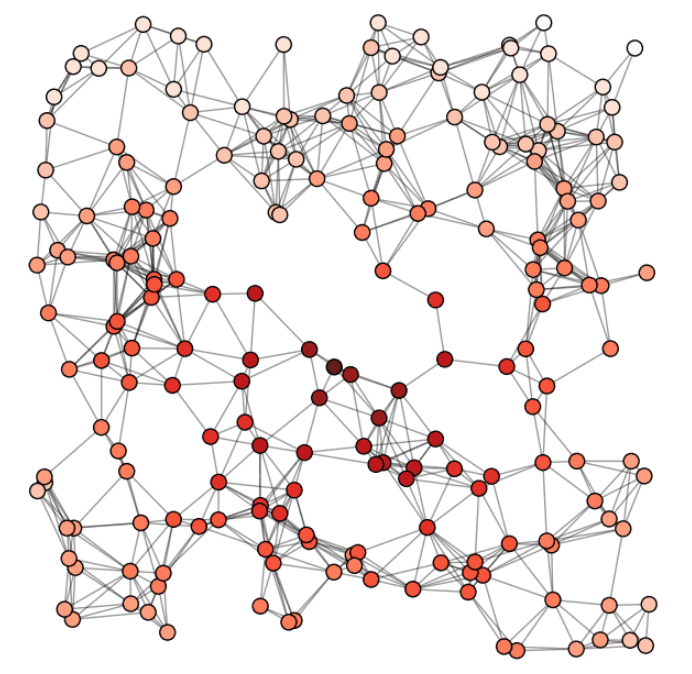 FANTOM is declared as the world’s first DAG (a directed acyclic graph) based smart contract platform. The idea is to solve the issue of scalability and confirmation time of the existing blockchain technology. Mathematical basis is that DAG is a directed graph that has a topological ordering, a sequence of the vertices such that every edge is directed from earlier to later in the sequence. So a directed acyclic graph is used in applications connected with:

As it is mentioned in Whitepaper, the vision of FANTOM is to grant compatibility between all transaction bodies around the world using fast DAG technology that can be deployed at scale in the real world.

It’s declared that FANTOM can be used on a large scale in various industry verticals, such as telecommunication, finance, logistics, electric vehicle provision and others.

And by the way – the platform aims to be open-source. And will provide various application support tools to create dApps.

FANTOM’s platform uses its own technology called OPERA. The OPERA Chain is a new type of distributed infrastructure that solves for scalability issue of existing blockchain through rapid processing of blocks on a large scale. OPERA Chain processes in real time not only transaction information but also Story data in a distributed environment. It can potentially process hundreds of thousands of transactions per second with large numbers of nodes participating in the network. The FANTOM OPERA Chain will solve the scalability limitations of existing blockchain with the Lachesis Protocol. This is achieved by adopting a method where a single event block verifies the previous transaction, and transactions are verified and processed asynchronously without being approved by the miners as in prior blockchains. Thus, increased transactional load will not lead to delayed approval or bottleneck effects. It can also manage historical information on its own without being assisted by external databases such as Oracle. 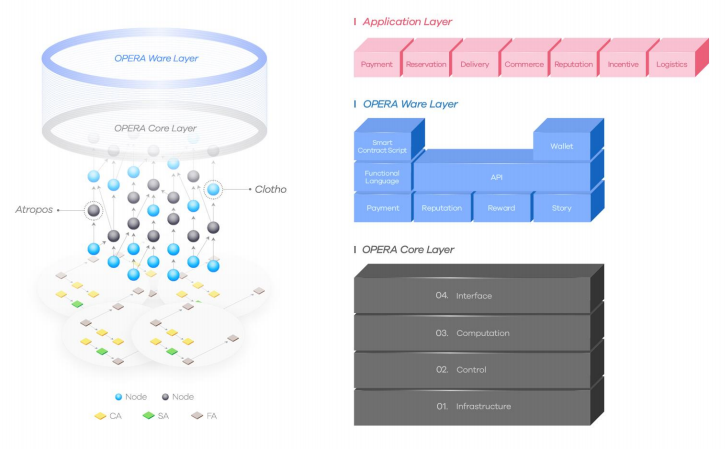 The OPERA Chain uses a new consensus algorithm known as the Lachesis Consensus Algorithm (LCA), which aims to improve performance and security using DAG based distributed ledger technologies. The LCA is a Byzantine Fault Tolerant (BFT) technology that guarantees a similar level of consensus as existing blockchains. It not only prevents attacks caused by a specific node failure, but it can also process up to 300,000 transactions per second. OPERA Chain uses cryptographic techniques to enhance security when communicating between nodes and uses a functional programming language for full smart contract support.

All event blocks can be created asynchronously from nodes and each of these event blocks consists of a set of transactions (payment, remittance, smart contract, story, reputation, rewards). The new event block is connected to the parent event block, which is the most recent previous event block, and the node can generate the block at a high speed through the Lachesis protocol.

So – what does it mean for all of us, crypto-community?

First: Cool idea. Everyone knows that scalability problem exists and it is serious. If one can solve it – it would be great and will move crypto fast ahead.

Second: Cool mathematical apparatus. Not everyone of us is mathematician. But many studied The theory of graphs. DAG seems to be interesting decision for blockchain from the point of view of scalability and fast confirmation time.

Third: Own ecosystem. This means that the project pretends to be autonomous and do not depend on third parties. It’s grant stability. No?

Fourth: Open source. That’s may be the right way for crypto – in any case E. Snowden says it is.

Token Distribution and Capital Use

Ahn Byung Ik, the CEO of FANTOM Foundation, holds a Ph.D in computer science from Yonsei University. Got President Award for his IT business. Writer at Fortune Magazine and at South Korea’s major business media outlets. In 2010 he established a food-tech platform SikSin, which has since acquired over 3.5 million downloads and 22 million monthly page views. President of the Korea Foodtech Association (90 member companies). But… – has zero blockchain experience.

The Foundation has several serious professionals. Such as: 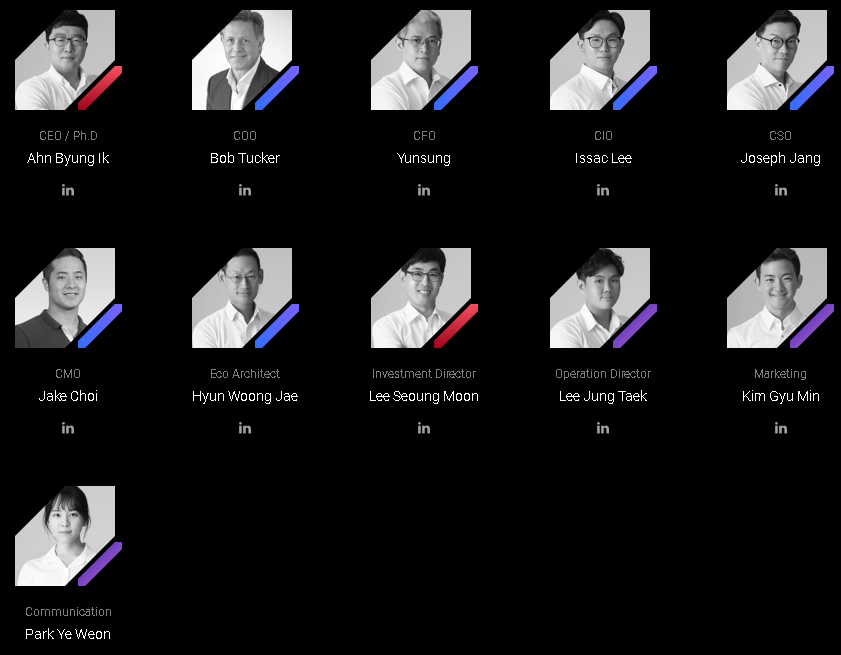 Team of developers is large enough to solve such serious probltasks as stated. 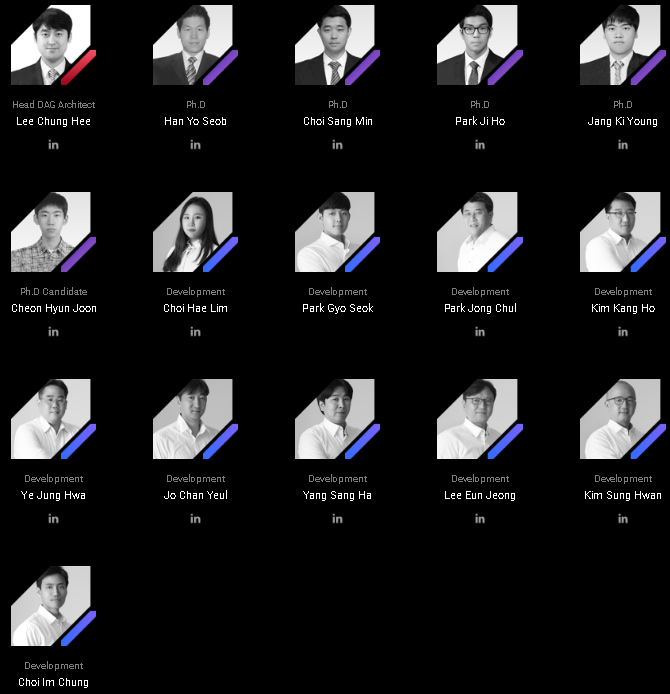 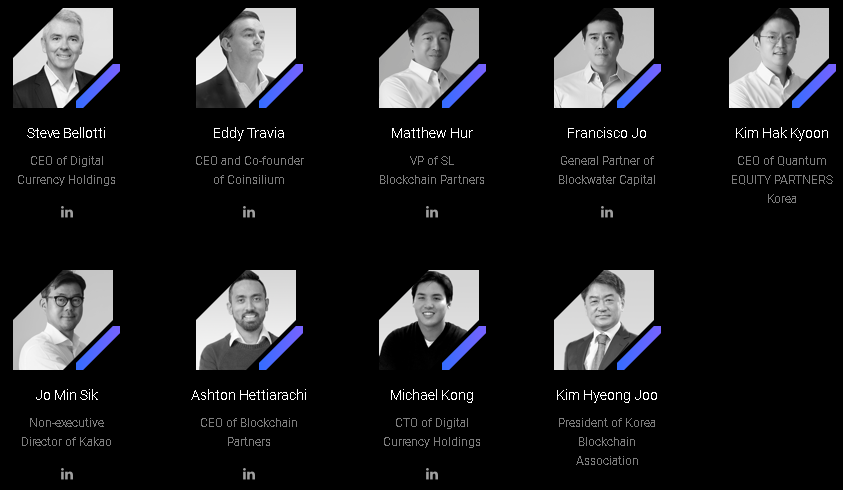 Roadmap lasts for 2 years and its milestones titled as opera’s terms (Intermezzo- Seria –Buffa- Operetta- Grand OPERA. Somebody from team’s top’s is oldfashioned opera’s fan. Why not?

FANTOM is very impressive project with cool team, good advisors, realistic roadmap. It is accompanied with detailed Whitepaper. List of partners includes Oracle, Quantum and 9 more serious companies. There are 4 (institutional) investors. Some doubts are caused by a greater involvement of food business both in team and in advisors stuff. Meanwhile the target is – blochain in common. But – why not, if they are interested?

Token distribution and capital use is standard and realistic.

As for perspective of token growth – it is very presumable and even – credible.