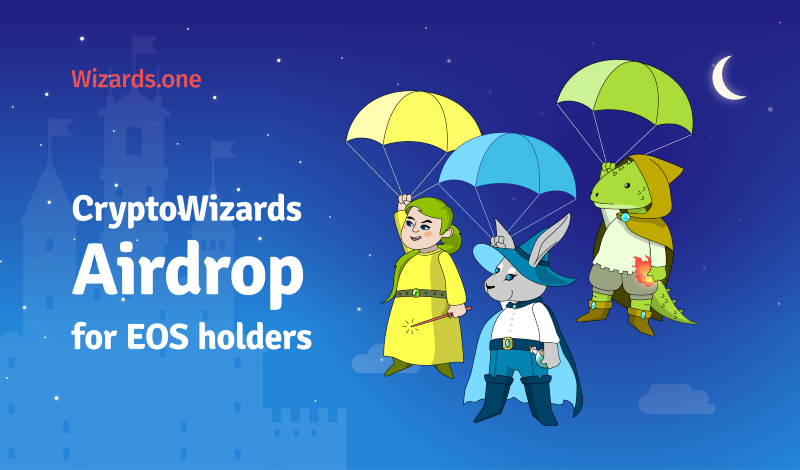 On June 8, the wizards.one team announced a launch of the first game about wizards based on the EOS blockchain — CryptoWizards.

CryptoWizards is game about wizards who fight among themselves for treasures — EOS tokens, which will be stacked on tournament contracts.

Each wizard is a token with a number of unique attributes.

Wizards can participate in tournaments in which they fight for a reward — EOS tokens, which are stacked on a tournament contract.

There are also Collectors in the game, they are battle wizards.

To make the wizard evaluation easier, 3 parameters are added:

All these parameters help players to define collectors value of a wizard to trade it on a market with a maximum profit.

On June 20 wizards.one published in Medium blog more details on the most important thing — how to get Wizards and take part in a Battle for EOS treasures.

After June 30 one wizard will be sent to every address with positive balance in EOS network.

Wizards will be generated randomly so even if you’re not a gamer check if you are lucky to get a high value rare wizard.

Everyone who will pass an early registration at wizards.one till the 30th of June will get second wizard as a bonus.

To get a bonus wizard you need to submit your EOS wallet and an e-mail on wizards.one site. You will receive an e-mail with a link to your personal cabinet where you could get even more wizards.

To do so enter you personal cabinet by following the link you received after the registration and enter your usernames in these social networks.

After registration, in your personal cabinet you will find a referral link. For every friend of yours who will register using this link you will get an extra wizard.

The first tournament will start in July.