While cryptomarket shows signs of stagnation with market and bitcoin dropping threefold since the beginning of the year, most analysts forecast rebound by the end of 2018. At least to the level of $10K – as for BTC.

Wall Street analyst Spencer Bogart said that the major cryptocurrency will trade above $10,000 by the year’s end. The deeper institutionalization of the crypto space is securing the long term “story,” and is “overall positive” for bitcoin’s future – as for the Wall Street’s Wolf.

Trefis, stock analytics firm, estimated early a BTC year-end price of $15K. Than this level was lowered to $12,500. The forecast is based on parity of supply and demand, where demand is the number of users and the amount of transactions, and supply is the number of available BTC.

At last Todd Gordon, founder of TradingAnalysis.com stated on 22th of June that bitcoin will drop below $4K. But by the end of 2018 it will take off to $10,000. Gordon insists that nowadays price correction from $19K is inconsequential and the reason is only in market volatility. But the main cryptocurrency climbs towards stability. Its high to low range in 17 percent a week is one of the lowest in its history. There were 20-40% a week many times. As for expert, cryptocurrency market is technically driven, so in near future it is possible to recover losses.

Todd Gordon made some confirmed predictions. He works not only with funds and crypto but with commodities as well. His prognosis on crude oil in November 2015 received confirmation with an accuracy of 5 cents: from $41 crude had dropped to $26 in February 2016.

As for the year charts, both market cap and bitcoin do not show signs of growth in the near future. And bitcoin dominance is growing up from 32% to 42%. But when Wall Street wolves start to forecast crypto market growth you’ll better pay attention on this at least. Though it may be the beginning of a new big game, and mentioned predictions are verbal intervention only. 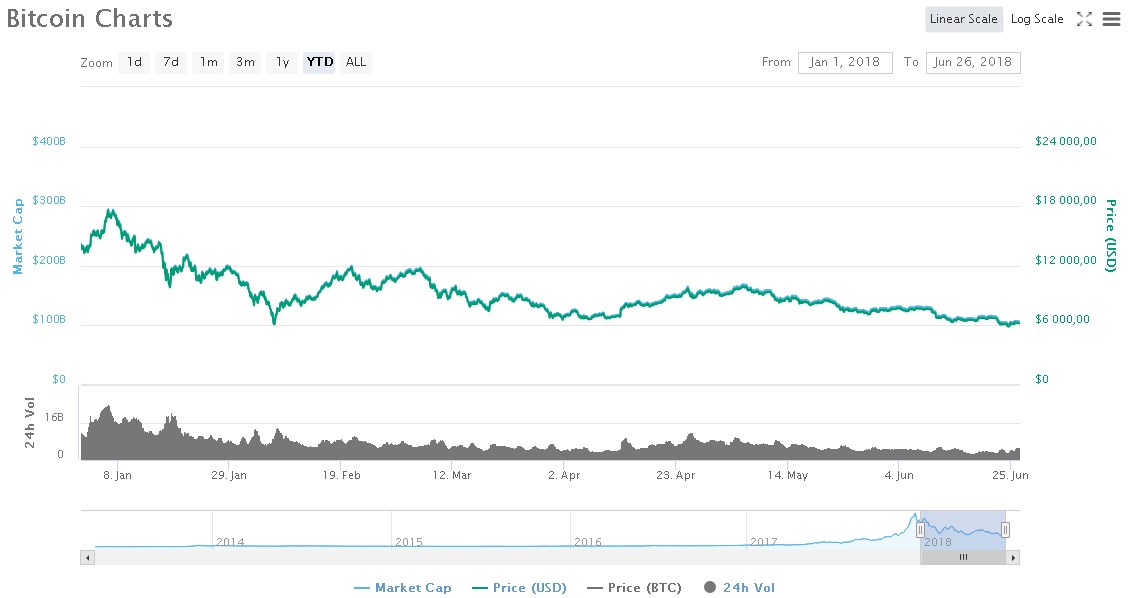