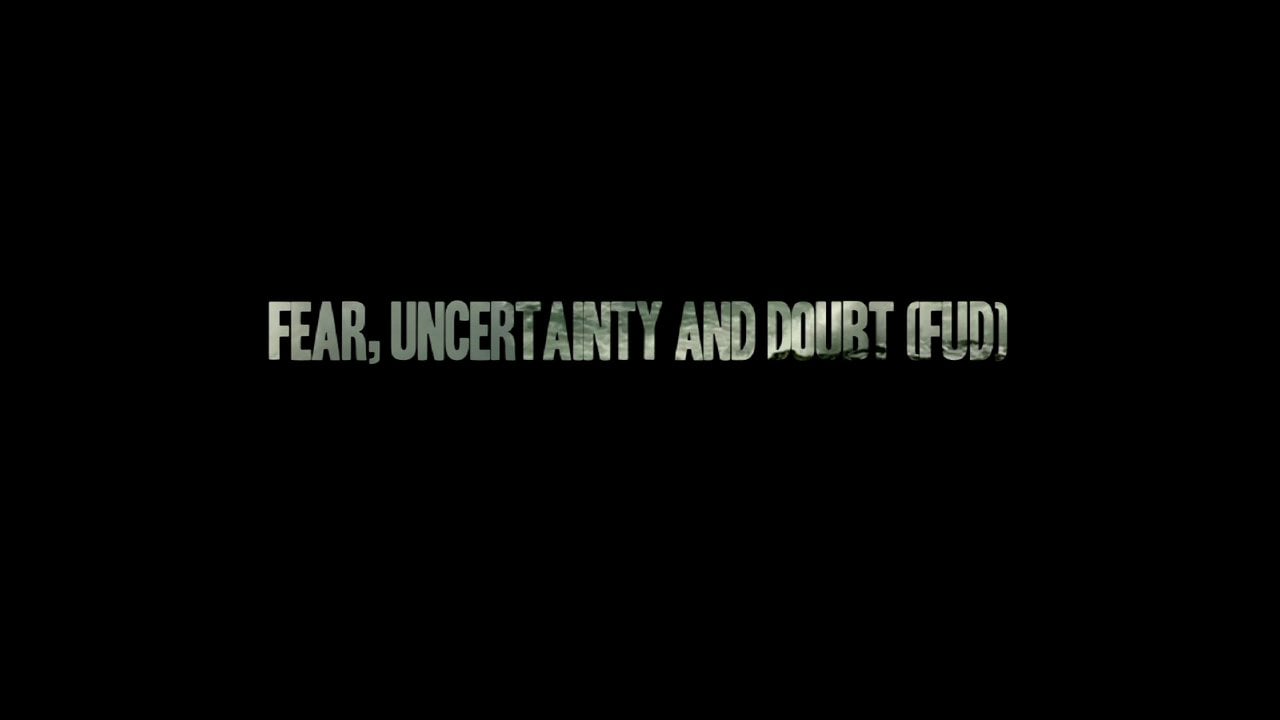 FUD is an acronym for Fear, Uncertainty and Doubt. This is a kind of tactics of psychological manipulation, which is used in marketing, politics, radio and TV, religion and propaganda. Its meaning is to provide information about something or someone in order to cause the audience fear, uncertainty and doubt. For this purpose, the dissemination of negative, doubtful and obviously false information is used.

According to Wikipedia, both the phrase and the phenomenon appeared in the early 20th century, but became widespread only in the 1970s, when the rapid development of computer equipment and software began. Today FUD is an integral part of crypto sphere — and here everything looks much sharper and tougher.

As an example, take the cryptocurrency exchange Binance. In early February, Binance had a maintenance. Users apprehended it normally – all exchanges do it, and Binance is not an exception.

But the work was delayed a bit and dubious persons took advantage of this. The words that the exchange was allegedly hacked began to appear. News sites immediately spread this statement.

Some sites even wrote articles with the headline of the type “Binance owners withdrew billions of dollars and disappeared.”

It is worth noting the reaction of Binance — it quickly reacted to such statements and gave clear answers to all this nonsense. The exchange has also reduced trading fees for the inconvenience.

Although such false information did not affect the prices of cryptocurrencies, nevertheless, it made people doubt the correctness of their choice and fear for their coins, which they entrusted to this exchange.

Larger FUD attacks occur at the level of entire countries and states. At the beginning of the year, the Finance Minister of India said that the government intends to prohibit the use of cryptocurrencies in financial crimes and illegal activities. Everything is clear and understandable in this statement, and the action itself is even correct. However, misinterpreting the statement of the Minister, many local media claimed to the whole country that cryptocurrencies in India will be banned. The result is panic and chaos in the local cryptocurrency market.

Because of the actions amid FUD, the cryptocurrency market can fluctuate very much. But if this happens, then it’s all done for a reason and someone needs it. We have already got used to the fact that this market depends on news: something very cool is made – the coin price will fly to the moon, someone said something bad – the coin price will fall down.

Successful investment to you!