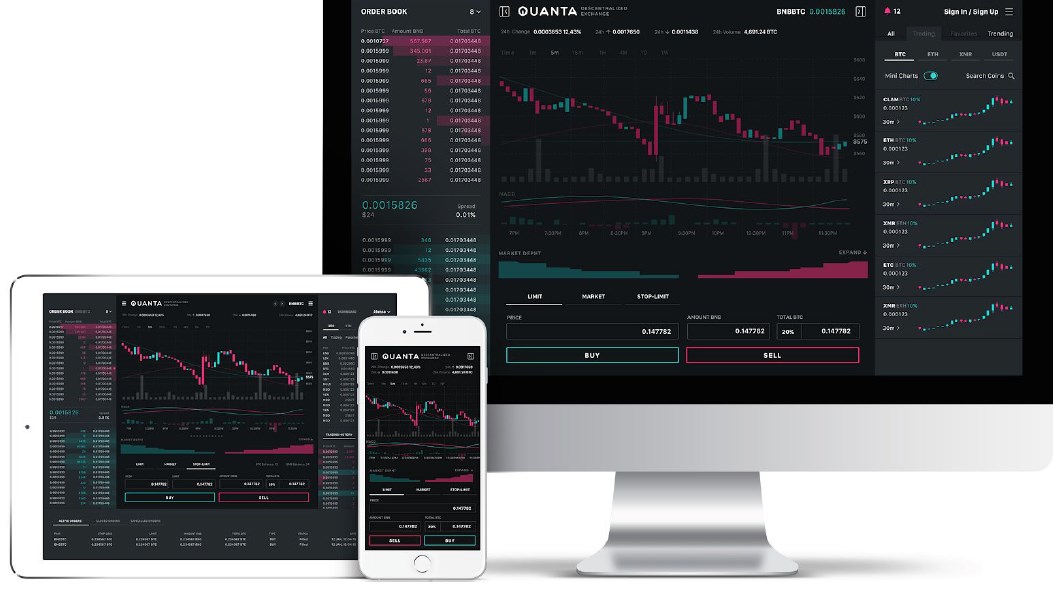 As for Decentralized Exchanges they are:

QUANTA is ready to solve all the mentioned problems – as it is stated. It provides access to near real-time trading directly on our own QUANTA blockchain. This technology is based on combination of faster consensus (dual ledger with Byzantine Consensus, BFT), distributed memory pool, and fast commits (on a separate ledger) which accelerate the block-time to near sub-second transactions. By now it is proven to run in 1 sec (15X improvement over ETH blocktime). 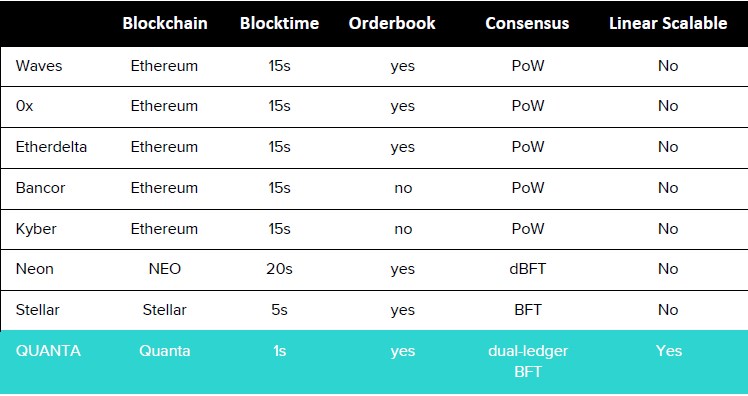 QUANTA build its own platform in hope to make improvements into sub-second timing. All these will make QUANTA competitive to existing centralized exchanges in term of speed, and more secure.

QUANTA main benefits are based on the use of Byzantine Consensus (BFT). Stellar was the first to introduce the Byzantine Consensus (BFT) with good market success. Based on a modified “sharded” version of BFT used by Zilliqa, they broke the 2,000 transactions per second and closing in on Visa, with which 8,000 transactions per second. For cryptocurrency exchanges, the same blockchain sharding technique do not work when simultaneously sharding for both order book and account ledger. But QUANTA will. Its distributed memory pools and fast commits will enable to reach 500K orders per second, and over 5 million orders per second in the future. 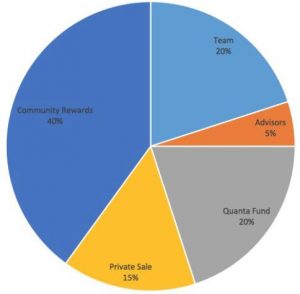 QUANTA Blockchain propose to unlock possibilities in various segments. All of them are full of liquidity by the way.
Financial Market: Over $300bn market cap, and $10bn dollars daily trading volume, with 99% still on centralized exchanges.
Online Gaming: Over $100bn dollars market. Paid/rewarded In-game purchases can be traded instantly &exchanged to fiat.
E-Commerce: Global market of over $1.9 Trillion dollar market where loyalty points, and store credit scan be instantly be exchanged.
Sport Betting: Over $70bn dollars in sport betting market. Instant access to real-time odds, and lines on sporting events.

There were no partners or big investors announced in Whitepaper or on the site. But just now while providing road tour between San Jose, San Francisco, Beijing, and Shanghai, the team mentioning some strategic partners. They are: Innospring Seed (Palo Alto, US), UniValues Associates (Shanghai), Galaxy Foundation (Australia), and GW Ventures (Japan).

QUANTA is not just making one exchange, but giving access to our technology, and help others adopt our fast, scalable on-chain order matching. Given the new focus, we have decided to extend the private sale period, and start our pre-sale on Sept 15, with public crowd-sale TBD. Secondly, we will launch our Beta December 2018 and public in Q1 2018.

The team has experience with building distributed database (such as Cassandra and Dynomite), operating systems with billions of requests per day, and petabytes of data on large systems like Google, eBay, Paypal, and Netflix. Over the past year, the team developed proof of concept and produced research designs to specifically address the speed and scalability challenge of an on-chain digital asset exchange blockchain.

Team lead is Quoc Le – Co-founder/Managing Director. He has been a cryptocurrency enthusiast since early 2017, when he started building his custom GPU mining rigs and traded in several exchanges. Frustrated with the state of cryptocurrency exchange, he formed a team of ex-Netflix, Google, AI, and Security engineers to re-think about the decentralized exchange for the future

Marketing provide Afonso Barbosa – Co-founder/Director of Marketing & Operations Mr. Barbosa has over 20 years of experience in product design, research and team and project management. He holds a degree in Computer Science & Math from University of Minho, Portugal.

Science: Minh Do – Chief Scientist Mr. Do has over 20 years of experience in building large platforms. He is currently at Netflix Cloud Infrastructure, and Big Data Team. He contributes to Cassandra, a distributed database built by Facebook, improved at Netflix, which shares common consensus algorithm used in blockchain. Mr. Do is the inventor of Dynamite: Distributed In-Memory Database , which handles more than 2M transactions per second. 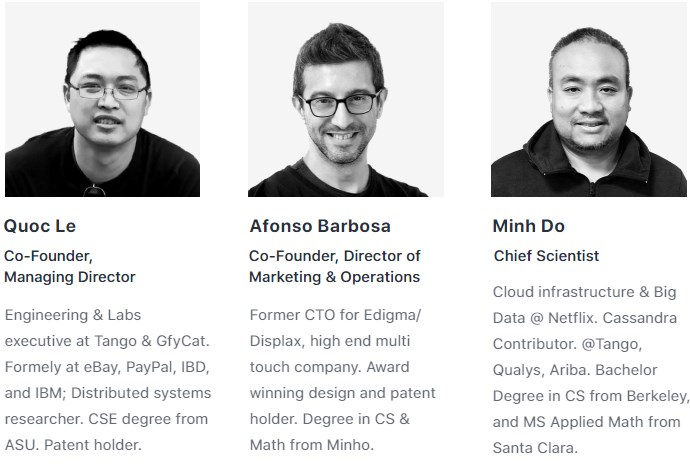 One person is with Russian roots – Sergey Zhuravlev – Wallet & Security Engineer. But he is American.

Board of advisor is very impressive – all of them are with perfect background. 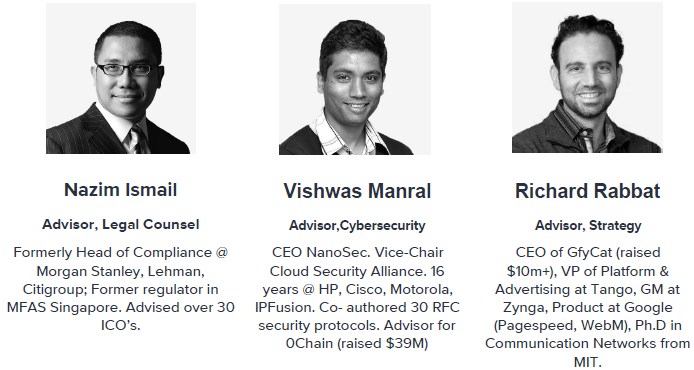 QUANTA is trying to eliminate2 unsolved problems of centralized exchanges. First – risky activities. And second, connected with the first – is expensive listing. All proposed technologies look real and proved, including: On-chain Order-book, Dual Ledger Byzantine Fault Tolerant Consensus, Security Model and Consensus / Settlement Time. The last mentioned – promises 15X improvement over ETH-based exchanges – this means that QUANTA Exchange will be competitive to existing centralized exchanges and more secure. And with cheap listing by the way! The Team and the Board of Advisors are OK – experienced, well-known as professional and trustworthy.

Funds allocation says that the team is optimistic about the project.

The doubts appeared after the shift of Beta on half a year and pre-sale to Sept 15. But from the other side – it may be connected with the Team responsibility towards community.

On the project favor are the list of partners appeared after the Roadshow and 250K users of the chain.