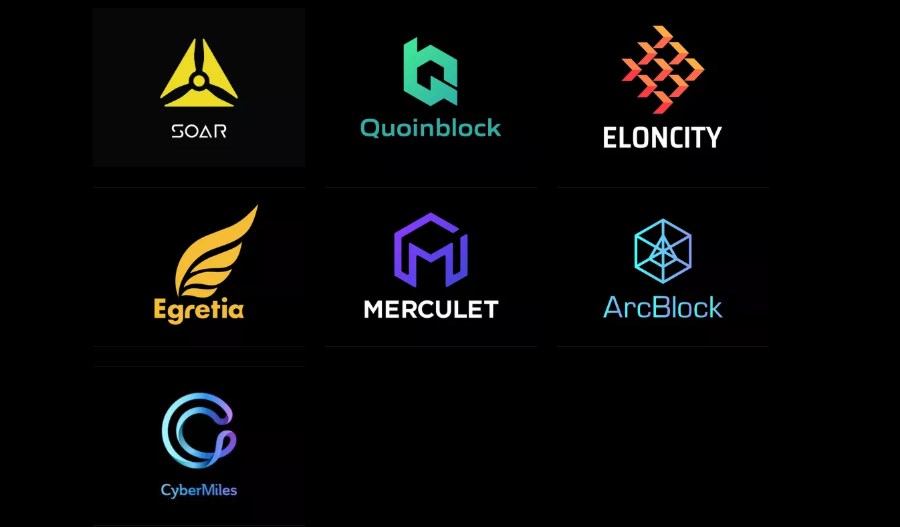 Krypital Group with its portfolio of 6-7 well-known ICO projects – have a fame as successful crypto marketing company. Most from community consider this to be true that ICOs backed by Krypital have at least 2x. Others say – “all their projects look similar like eggs or chickens from incubator”. Such industrial approach may result in losing projects identity and further – to crowding out from global crypto market. From the other side the production center like this can help startups to develop and make cryptomarket more stable.

So let’s check up. In the Table below we put together Krypital projects with some their features including token price and its dynamics.

It’s evident now that not always the projects backed by Krypital have x growth. To say truth, only one of them has now 2x – its CyberMiles, the very first project, a blockchain protocol designed to empower the decentralization of online marketplace and e-commerce platforms.

Three others with completed ICOs have now token price much lower than at the ICO – more than twice lower. Merculet, blockchain service, created to lead the transformation of turning the information-based internet into the value-based internet – shows maximum price decline – 42% from ICO price.

Some more details on Krypital Group

Registered and with headquarter at Grand Cayman, operating office at Plano, Texas, USA.
CEO & Co-Founder – Maggie Wu, graduated from Xiamen University (southeast coast of China) in 2005.
COO & Co-Founder – Violin WANG, advisor of ArcBlock and CyberMiles. Violin started investing in crypto currencies in 2013, and built a team of traders, miners, and developers to explore opportunities. Violin received his MS of Supply Chain Management degree at the University of Texas at Dallas.

Operating Office in Texas announced this year at Blocktribe, world’s largest blockchain job board, some important vacancies such as HR Manager and Editor of New media operations. 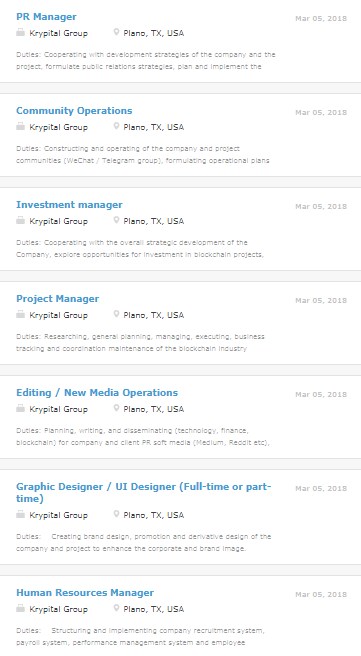 Some info about the last in time Krypital Group projects

A post-quantum secure, green and regulated blockchain developed by world’s leading information security team. At the inauguration ceremony, DR BangDao Chen puts forward the concept of “green blockchain” which is the blockchain that consumes less energy and meets the regulatory requirements of the government and financial industry and has high-intensity safety performance.

The project has strong team of professional with impressive background. Chief Scientist is Prof. Bill Roscoe, Professor at University of Oxford and Head of Computer Science Department(2003-2014). He is a Fellow of the Royal Academy of Engineering, Fellow of the Academia Europaea and is an internationally recognised expert on concurrency, computer security and one of the founders of formal verification. He has published nearly 200 academic books and papers, and is the author of about 15 distinct patents, most of them relevant to blockchain and payment technology.
CEO is Dr. Bangdao Chen, Pioneering researcher in identification and authentication technologies, as well as payment and communication security. He is the founder of Chieftin Lab, the first Fintech research center in Shenzhen. Bangdao has an MSc and DPhil in Computer Science from the University of Oxford.

Soar is a global platform for the decentralized distribution and monetization of drone content and offers a marketplace that connects customers with content creators in a secure, trustless and distributed community. Soar has established partnerships with a range of organizations including Alibaba Cloud, Sinergise, Panthera, Atmosoar and the UN Global Compact. Key investors in the Soar TGE include JRR Crypto and Node Capital, in addition to other blockchain investors from Asia and Silicon Valley. It is stated that “the partnership between Soar and Krypital Group will build the momentum for developing a global community, demonstrating the Soar Test Net, on-boarding new users and developing strategic partnerships within the blockchain community”.

Krypital Group is a specialized marketing company fond of crypto projects. The team prefer to back blockchains and blockchain services. As for economy they try to embrace most interesting segments from the point of view of fund raising – such as marketplaces, energy, gaming, B2B services.

It seems that Krypital has geo targeted on Asia Pacific Area. It is confirmed by the roadshow – “World Tour” – in China, Korea and Vietnam – month ago.

Krypital Group portfolio looks like well balanced and may serve as an example for investors. They can even take liberties – such as backing projects with undefined perspective as Australian Soar.