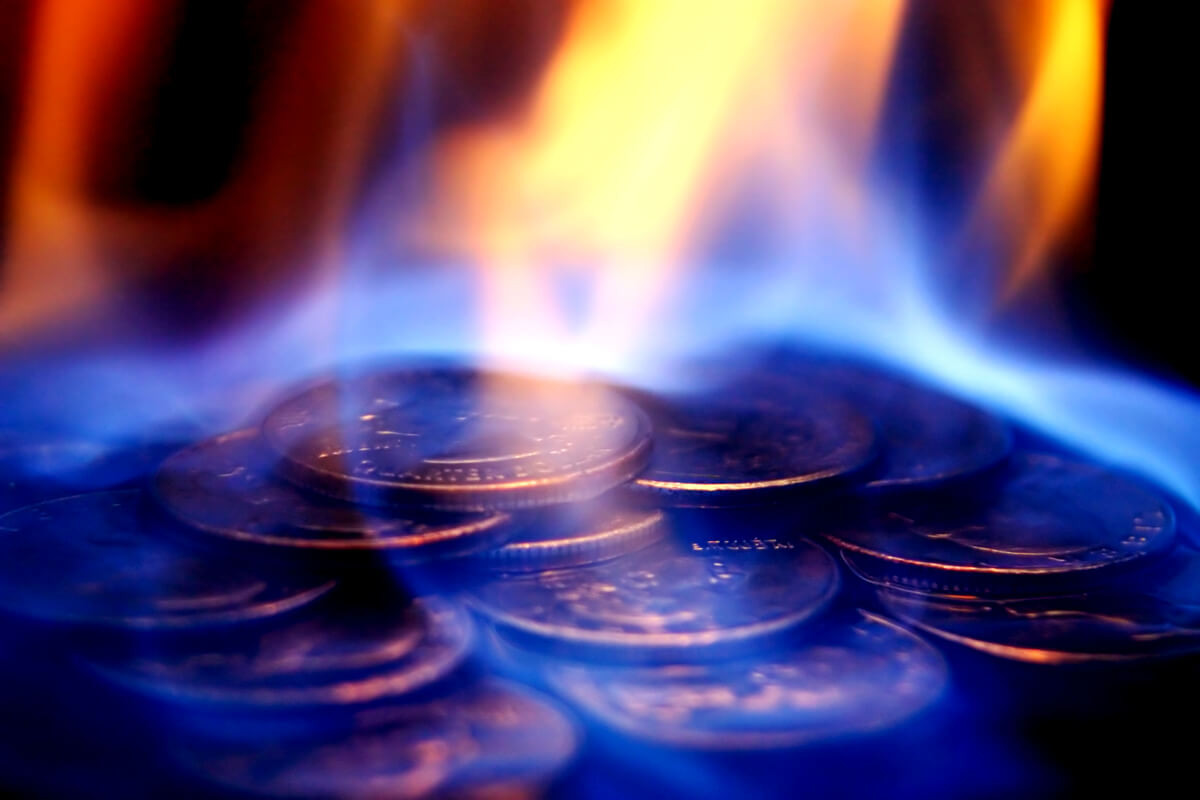 Coin burn in cryptocurrencies means sending some of the coins of native cryptocurrency or some other currency to a public address from which those particular coins can never be spent because the private keys of such an address is unobtainable.

This public address should be available on the blockchain for anyone to review such a transaction.

Coin burn is typically done for purposes such as:

Proof-of-burn is a method for distributed consensus and an alternative to proof-of-work and proof-of-stake. It can also be used to bootstrap one cryptocurrency off of another.

Miner also gets the special right of mining blocks in weightage of the coins that he has burnt. Think of it as virtual mining set-up.

This simple form of proof-of-burn explained above is implemented in Counterparty cryptocurrency (XCP). XCP was neither mined nor sold in an ICO.

Rather, it came into existence by using a proof-of-burn method. This simply means that a certain amount of Bitcoins (BTC) were sent to an unspendable address, and in exchange for these BTCs, Counterparty tokens (XCP) were generated on the Bitcoin blockchain. You can see it on Bitcoin’s blockchain explorer where the BTCs were sent – XCP Proof-of-Burn.

This was done to avoid pre-mining or ICOs and also to reuse the energy which is already spent in mining a Bitcoin.

As BTCs were burnt, they can never be spent again which gives XCP some value. Consider it like exchanging Gasoline for CNG where both are the fuel. This method of coin generation also gives a fair and equal opportunity to everyone (including the founder of the project).

For rewarding the token or coin holders

Proof-of-burn or burning of coins/tokens by sending them to an unspendable address is applied to different cryptocurrencies. This is purposely done to create an economic scarcity so that the token/coin HODLers benefit from it.

Therefore, another way of rewarding their investors is by creating a scarcity of supply, hence driving the demand up which is bound to reflect in price appreciation of each token or coin that the investor is holding.

The cryptocurrency exchange Binance employs this burn of BNB tokens every quarter.

Another scenario when coins are burnt is after the ICOs or token sale if the all the coins/tokens designated for the sale are not sold. This is done to maintain fair-play.

Usually the coins/tokens appreciate in value after an ICO or token sale. And in a scenario where not all coins/tokens are sold, it gives the company an unfair amount of free money which they can get by selling the remaining tokens/coins in the free market at the appreciated price.

To avoid this scenario and keep things fair and square, the unsold tokens/coins are sent to an unspendable address.

The Neblio team did the same thing by burning the unsold NEBL tokens on this NEBL address.

Coin burn or proof-of-burn has several applications, depending upon different scenario you want to use it for. Also, there are quite a few cryptocurrencies that have implemented the proof-of-burn directly to avoid ICOs or token sales.

And there are many out there like Binance that frequently and purposely burn coins to reward their token holders.