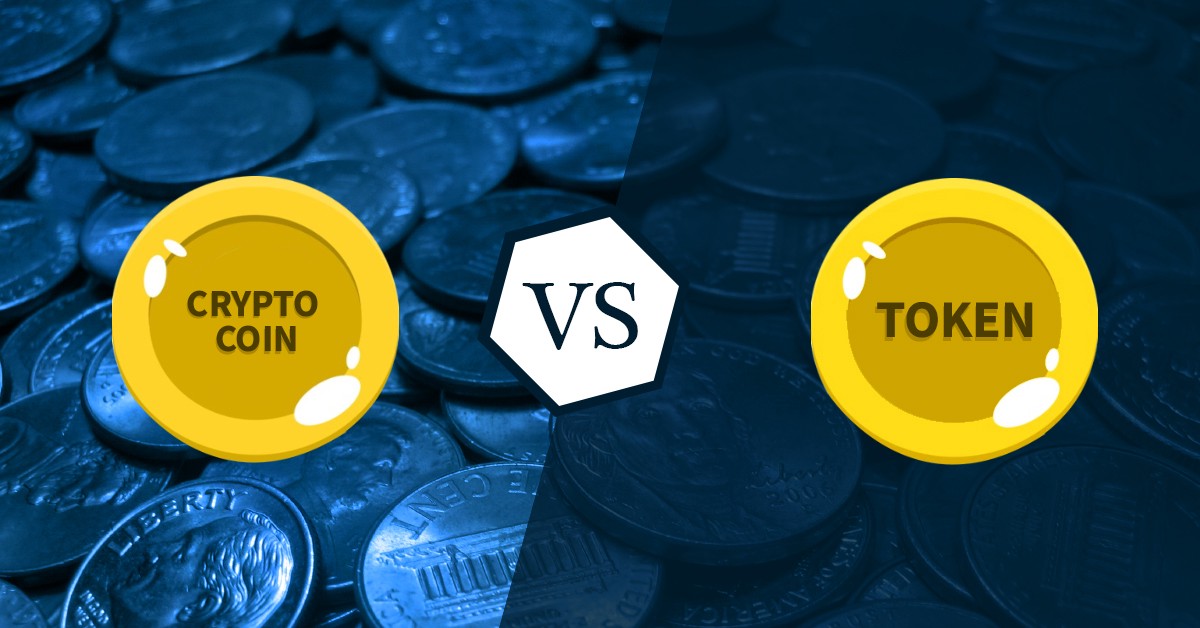 Cryptocurrencies are a new thing, and the vocabulary around it is also a novelty to the large public. The terminology ranges from technical terms to coin, token, crypto coin, altcoins and more.

The most common discussion goes around the coins and tokens. But, does everyone know the difference between a coin and a token? Are they synonymous or in practice each has a different applicability?

The purpose of a coin is to act like money and become a means of payment while storing value over time. Most known and popular coins take the form of Bitcoin-derived blockchain tokens like Bitcoin, Litecoin, and Monero. A coin, Bitcoin, aims to be a cash replacement, so the function is solely to denominate value in an exchange of goods or services. Their value in fiat money proves their likelihood to become popular as they can become a liquid form of money eventually.

The purpose of tokens is far more focused. They are created on existing blockchains (for example Ethereum) to activate features of the application they were designed for. Blockchain tokens have value, yet they are not seen as actual money the same way coins are considered. Tokens can be considered a type of instrument that creates the environment for a better circulation of value between businesses and their customers – you fund a smart contract with the underlying coin and investors receive tokens from the company running the offering. This way, customers are incentivized to interact with a business through a crowdfunding and with no large financial commitments as often acquiring one token only is enough to be included in the project.

Coins are considered methods of payment while tokens give access to a product and unfold many other functions of a specific project. Coins are used for purchasing and selling goods or tokens as the first operates independently and the latter has value mostly within a project’s ecosystem. Often tokens are given to crowdfunding supporters to spend on their favorite services and products, and this is a great opportunity for businesses to deliver a significant amount of value for their project’s idea.

A coin like Bitcoin has been trying to enter the payment sector based on its claims of swift transactions, while tokens have already taken over the market and the tokenization model is delivering great results.