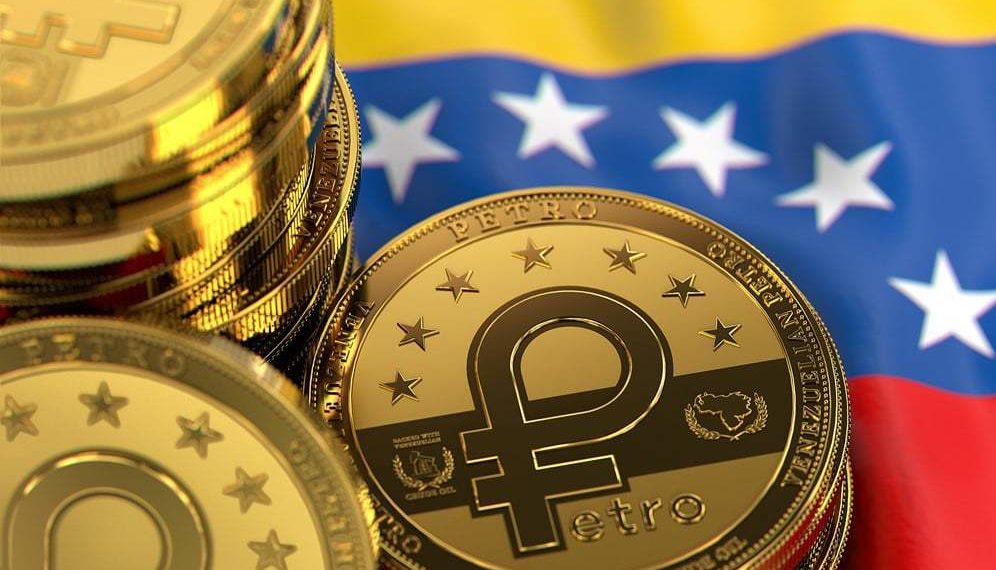 A year ago, the Corn took off to reach almost $ 20K. Community has not yet got a response, what was the reason. On the anniversary of the glorious takeoff, we are considering different versions. One of them is that some emerging economies had joined crypto. Venezuela is one of them.

Observers say that President Hugo Chavez started pushing Venezuela towards the crypto when he decided to introduce capital controls. The decision was implemented after his death in 2013. Then it became increasingly difficult for Venezuelans to buy dollars – and they began to buy bitcoins. This decision was good enough. However, the cue-ball then had almost the same volatility, comparable in value to inflation in the national currency of a bolivar (Venezuelan bolívar, VEF) – above 60%. So the first Venezuelan crypto-enthusiasts won almost nothing.

According to Reuters, there were several hundred of such (“Venezuela already [had] at least several hundred Bitcoin enthusiasts”). But restrictions for capital chopped up the roots of the economy. The fact is that the state-owned oil company PdVSA must invest at least $ 3 billion annually to support production at proven oil fields. Otherwise, production will fall by 25%. On the other hand, the company provides half of the budget and 80% of export earnings. In general, the Venezuelan economy is based on oil production, which gives 95% of export earnings and about 30% of GDP. Actually, the curse of oil ruins the country. Venezuela ranks first in proven oil reserves, even ahead of Saudi Arabia: Venezuela’s proven oil reserves amounted to 296.5 billion barrels, or about 18% of global reserves; in Saudi Arabia – 265.4 billion barrels, 16%.

Official data on inflation rates in the country have ceased to be published since 2015. According to the IMF, by the end of this year, inflation will amount to a million (!) Percent.

It is obvious that in such incredible economic conditions the population uses any means of wealth saving. Investments in the crypto grow cosmic scale. The founder of bitcoinvenezuela.com Randy Brito back in 2016 declared:

– The bitcoin market in Venezuela is really big and growing rapidly. The lack of exchanges does not affect, as most miners in the country informally trade with people whom they can trust, hiding their income.

No one like Oil Stablecoin. But they will be forced to love it!

Obviously, the authorities not only attended to the departure of assets to the crypto. But they also tried to use the situation for their own benefit. During the growth of the crypto market in February 2018, the creation of the state cryptocurrency El Petro was announced. Since the population is so fond of the crypto – here’s a cryptocurrency! El Petro, in fact, was to become a stablebcoin – its cost equated to the cost of oil barrel at proven fields. The idea is good, but the implementation is muddled, like the entire policy of the current authorities. Perhaps this was the idea – to make more fog, in which it is easier to hide the flaws of the economy.

The story of El Petro is replete with absurdities. At first it was announced that the coin was practically created and the ICO would end on May 1, 2018. There was not a word about the platform, or about the tokenomics, or about the team – neither in Whitepaper, nor in other sources. A small hype, of course, arose, but very quickly disappeared. The state coin did not save the national currency and it had to be devalued by 95%, the bolivar turned into a sovereign bolivar. But the authorities did not reject the idea of El Petro – perhaps because there are no other ideas. The ICO is still going on. An administrative resource is used to stimulate it. It was announced that the sovereign bolivar is tied to El Petro. A part of the salaries will be paid in this cryptocurrency. But this is not enough. From November 1, payment for obtaining a passport is also made in Petro. It looks like this is the last sob of Venezuelan statehood. Forced economic emigration is the only way out in the face of devastation. And the most active population is leaving, in fact, the country is saying goodbye to its future. By the way, the price of freedom is also rather big: the document will cost two El Petro, which is equivalent to 7,200 sovereign bolivars ($ 115) or four monthly minimum wages.

By hook or by crook, authorities Petro managed to increase Petro cap (see photo). The final chord in this chorus is Maduro’s decision that it will only be possible to sell Petro on the stock exchange if it is purchased before the end of 2018. It seems that the regime itself took such a deadline. But there are optimistic verbal interventions. The head of PDVSA and the Minister of Petroleum of Venezuela, Major General Manuel Quevedo announced that in 2019 Venezuela will make El Petro the “main digital currency of OPEC”. Here everything is completely mixed up: is Petro a cryptocurrency or a digital currency?

From the point of view of the theory of cryptocurrency, EL Petro is the stablecoin backed by oil. The idea is not new – in its time in some oil-producing countries it was proposed to introduce “oil currency”. Crypto just added a toolkit. By the way, according to one of the developers of Ether, Joey Zhou, Petro is actually copied from Dash altcoin. In favor of such statement say such parameters as instant payment sending (no more than five seconds), node infrastructure, mining algorithm, etc. No listing data yet. But Maduro said that El Petro is trading on six crypto-exchanges, indicating that it is now possible to convert bolivars and legal virtual currency into Bitcoin (BTC), Ethereum (ETH), Dash (DASH), Ripple (XRP) or US dollars. Later Russian rubles were added to this list. The state will monitor the operation of the exchange platforms to ensure user safety and compliance with licensing requirements.

And finally, some of the poison in the honey. Taking into account the fact that 100 million tokens is going to be emitted, only 5.342 million oil barrels were allocated for their backing. So the growth of the token looks doubtful. And most importantly – Petro today has the character of an oxymoron. Maduro declares that Petro rate will be determined freely on the stock exchanges – on the one hand. And on the other – its value is tied to the cost of oil barrel. Oil rates are also determined by the market, but by another, completely unrelated to the crypto market. This contradiction can simply cut Petro to ribbons.

There are not so bad with El Petro – as the enemies of Venezuela hurry to announce. With an administrative resource, it was possible to achieve some movement on a token growth. Perhaps by the end of the year the ICO will finished. If these funds can be directed to the modernization of the oil industry, the token will receive real support and will collapse only with the collapse of oil prices. This cannot be ruled out – but it is not necessary be happened in nearest future. It is unlikely to occur that Venezuela will impose Petro on OPEC. But an idea can be successfully picked up by some other country. Then the global financial landscape may change radically.

As for the Venezuelan market, it is difficult to assume that the entire population will join the cryptо and raise the crypto market. Even the avalanche-like growth of users of cryptocurrency that has been observed in recent years – threatens to stop, since the economically active population will leave the country for the most part. However, it is impossible to write off Venezuelans as participants of the crypto market. They have found the way to bitcoin by themselves. Alts are also very popular in the country, in particular – Dash. Well, and besides, the authorities are pushing people into the crypto: Venezuelans may become the first nation in the world to receive salary in cryptocurrency. And they will have to do somewhere with it. The authorities themselves do not yet know what, but they count on the initiative and smartness of the people.

It is not known what future awaits Petro. But you can be at ease in your mind about the crypto – while the ideas of the oil crypto are already in the air.